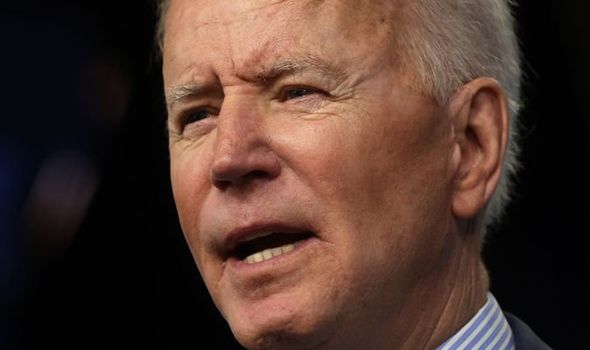 In a sign that talks with Brussels are floundering on resolving the crisis in Northern Ireland which has led to riots, a senior government source has confirmed to the Sunday Express that patience in London has almost worn out. It comes as Northern Ireland secretary Brandon Lewis has appointed a special envoy to Washington to help persuade US President Joe Biden that the EU is being unreasonable and endangering the Good Friday Agreement.

A source close to Lord Frost, who is currently in talks with the EU, has confirmed that the current arrangements on the Northern Ireland Protocol are not sustainable.

The protocol was set up as a means of ensuring an exit deal could be completed with the EU but has seen Ulster cut off from the rest of the UK with a virtual border down the Irish Sea.

A senior government source said: “It is hard to see that the way the Protocol is currently operating can be sustained for long. Trade patterns have changed more quickly than we thought.

“The level of day-to-day disruption for businesses has become a running sore. And the EU’s abortive triggering of Article 16 over vaccines changed the politics in a way we could never have anticipated when we agreed the Protocol.”

Some suppliers in GB are beginning to stop sending their products into Northern Ireland as they find it too difficult and too time-consuming to deal with the paperwork.

About 98 percent of Northern Ireland’s supply of medicines come from Great Britain – and the UK government has told Brussels that checks that prevent cancer drugs moving freely or cause trade diversion are unjustifiable. 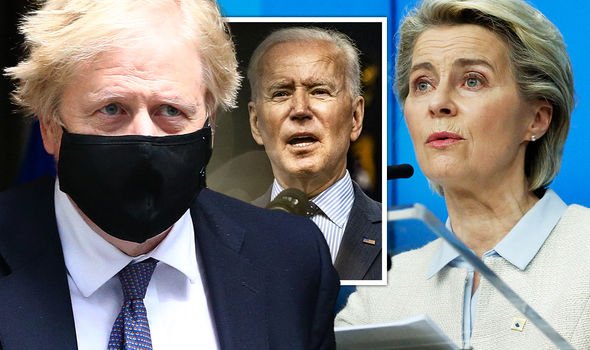 The government is emphasising the need for a genuine negotiation with the EU that produces flexibility and the re-establishment of a new balance that all sides feel protects their interests.

The senior government source added: “We are working round the clock to resolve these problems and have presented a wide range of potential solutions.

“Along with two separate iterations of a potential work programme, intended to serve as the basis for UK-EU joint work to address outstanding issues with the Protocol, the UK has submitted well over a dozen policy papers to the EU to outline proposed ways forward on specific issues. By contrast the EU have produced very few written materials.”

According to sources, on several occasions the EU have promised written questions on UK papers and then taken a number of weeks to do so, without then suggesting anything in terms of solutions as part of a delaying tactic.

The UK government has outlined proposals for an equivalence agreement on pharmaceuticals, and an authorised trader scheme, that would reduce paperwork and checks, while still maintaining full supply chain visibility to avoid any risks to the Single Market – yet the EU insisted on dynamic alignment across the whole of its agri-food rules even to begin a conversation.

“We have also proposed bespoke arrangements on medicines to enable medicines tested or made in Great Britain to be sold in Northern Ireland – without the need for expensive and burdensome re-testing. The people of Northern Ireland must have the same access to the full range of medicines as those in the rest of the UK,” the source added.

Meanwhile, Mr Lewis has today announced the appointment of a Special Envoy to the United States on Northern Ireland.

Trevor Ringland MBE will be the first Special Envoy to the United States on Northern Ireland and will be responsible for promoting Northern Ireland interests across the US – in the Administration, Congress and within the Irish American community. 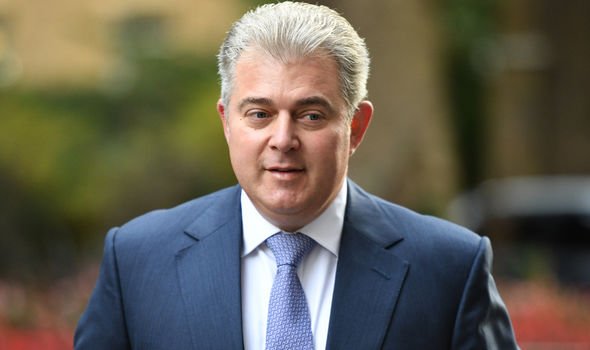 As Special Envoy, Mr Ringland will also be tasked to work with US firms and investors with an interest in Northern Ireland to build on established links and support Northern Ireland’s long term economic development.

Mr Ringland is a solicitor, former Rugby international and committed community activist. He will draw on his extensive knowledge of Northern Ireland’s society and political context to support his work in the role, utilising his connections across civic society and the private sector.

Mr Lewis said: “This is an exciting new appointment and recognises Northern Ireland’s unique relationship with the United States and its people. I look forward to working with Trevor to harness all the opportunities that lie ahead.”