Britain will enter official post-Brexit trade talks on March 3, and in preparation the two sides are ironing out their negotiating objectives. The EU look set to insist the UK must stay closely aligned with Brussels’ rules, as French President Emmanuel Macron has said Britain must comply with strict “level playing field” provisions. The main stumbling block for the EU at the moment concerns a tariff-free, quota-free trade deal, the Financial Times reports.

Earlier this month Brussels’ draft mandate was circulated, which stated the UK had to stay in line with EU environmental and labour market rules and also continue applying EU restrictions on state aid.

But Boris Johnson has repeatedly affirmed Britain’s desire to break free from EU rules, and said such a demand was unacceptable.

President Macron said at the weekend that he was “not sure” a deal could be struck by the December 31 deadline, which marks the end of the Brexit transition period.

He also predicted the negotiations would be “tense” with fishing rights a key point of contention. 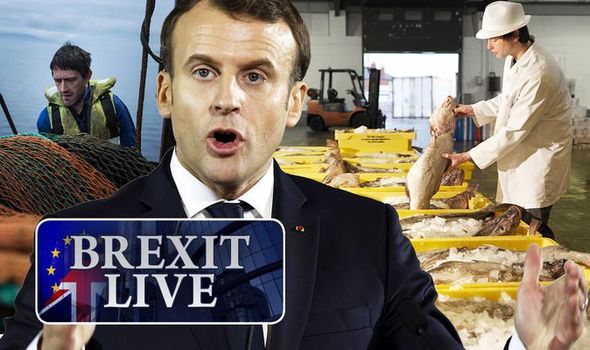 Simon Coveney, the Tánaiste and Minister for Foreign Affairs and Trade, has said he is concerned over recent developments in Brexit tradel talks.

He said: “I’m really worried about where Brexit is going – and I don’t mind saying that publicly.

“Prime Minister Johnson has put a cabinet together which is really about ensuring that there is no decent on the Brexit question.”

Mr Coveney warned the Brexit outlined by the UK Prime Minister was “simply not consistent” with the type of deal the EU is pursuing.