The Prime Minister will speak with Ursula von der Leyen later today to discuss the state-of-play in the deadlocked trade talks. The move comes after Lord Frost, Mr Johnson’s chief negotiator, was in Brussels to speak face-to-face with his European Union counterpart Michel Barnier earlier this week.

Meetings between the pair are due to continue in London next week after both agreed there are still gaps that need to be resolved as the deadline for doing a deal edges closer.

After the latest round of negotiations on Wednesday, Michael Barnier stressed to MEPs and EU diplomats that “very serious divergences” remained.

The main issues continue to be the “level playing field” which aimed at preventing unfair competition on areas including state subsidies, fisheries policy and the governance of any deal.

Talking to Express.co.uk this morning, a Whitehall source toned down any prospect of a deal from today’s events but stressed that “common patterns” were being investigated across several issues. 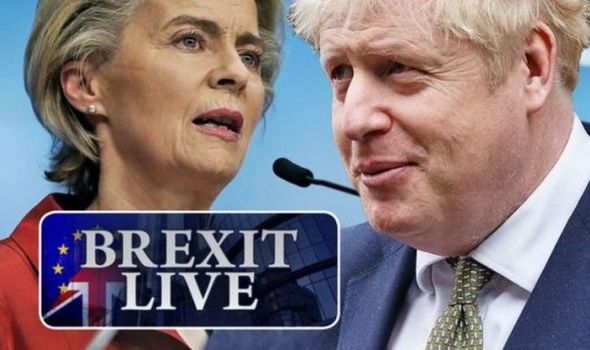 Lord Frost previously said progress had been made during two weeks of intensive talks but “wide divergences remain on some core issues” whilst British Prime Minister Boris Johnson said on Friday he hoped a post-Brexit trade deal with the European Union could be agreed.

However, several EU sources stressed any progress which had been made by both sides in talks had been reversed and not moved forward.

They stressed UK negotiators in Brussels seemed to “put their foot on the brake.”

Briefings between Mr Johnson and Ms Von der Leyen are seen as key moments in the cross-Channel bartering after a conversation last month saw discussions “intensified” before a fallout after the European Council meeting on October 15 briefly derailed the negotiations.

8am update: French President Emanuel Macron is bogged down in Brexit, say aides

President Emmanuel Macron is becoming bogged down in Brexit as he embarked on a charm offensive with international investors on Friday, French officials said.

Macron has organised a conference call on Friday with the chief executives of Tata, Unilever, Coca-Cola and Zalando, among others, to seek to secure new investment – the virtual version of the “Choose France” summits he has held before Davos gatherings in the past.

But despite France and much of Europe being in the midst of the coronavirus epidemic’s second wave, officials close to Mr Macron say that investors will prefer the “upside risk” of his 100 billion euro recovery package to Brexit Britain or “stable” Germany.

One French presidential adviser said: “Why are we doing that? We’ve realised that investors are facing a blank slate now and that the CEOs of big multinationals are closely looking at how each country is responding to the crisis.

“Britain is bogged down in Brexit, which isn’t helping promote their country,” another Macron adviser added. “Germany has a recovery package more tilted towards demand than supply, so they have no new selling case to speak of.” 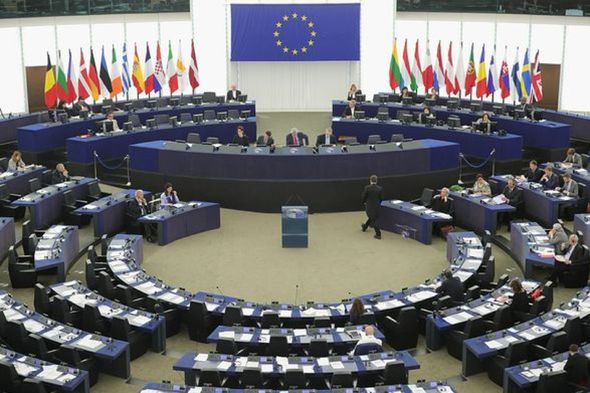