The Prime Minister is set to announce 30 new peers later this month to mark his first year in Downing Street. The list is said to include arch-Remainers Philip Hammond, Ken Clarke and Ed Vaizey in a bid to heal divisions in the Conservative Party.

Former chancellors Mr Hammond and Mr Clarke and ex-culture minister Mr Vaizey had the Tory whip withdrawn after attempting to block Mr Johnson’s efforts to reach an agreement with the EU.

But the list also includes a string of Brexit supporters including former England cricketer Sir Ian Botham, according to The Times.

And it was reported that there will be peerages for ex—Labour MPs Frank Field and Gisela Stuart who both supported Brexit in the 2016 referendum.

Former Labour MPs Ian Austin and John Woodcock, who backed Remain but supported Mr Johnson’s Brexit deal and urged Labour voters not to support Jeremy Corbyn, are also said to be on the list. 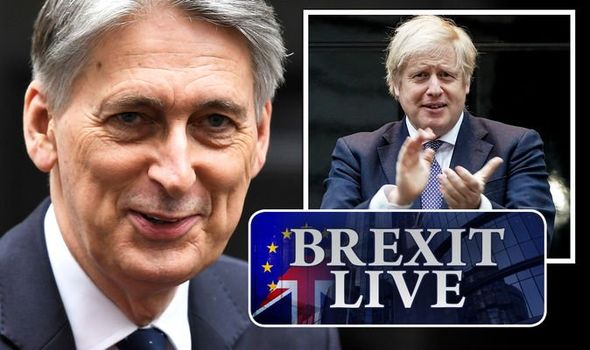 David Frost is understood to be eyeing his first breakthrough in the future relationship negotiations after holding talks with his EU counterpart Michel Barnier in Brussels.

The pair agreed to put added emphasis on Britain’s future security pact with the EU as a potential landing zone for an agreement emerged.

The two sides will hold four separate sessions on “law enforcement and judicial cooperation” as the Capital hosts its first ever round of negotiations with Brussels.

As part of the four-day talks, UK and EU officials will also discuss the bloc’s demands for regulatory level-playing and access to Britain’s fishing grounds.

7.30am update: Next round of post-Brexit talks in London

The latest round of post-Brexit trade talks between the UK and the EU will take place in London next week.

Boris Johnson has insisted he will not allow the discussions to drag on into the autumn.

If the two sides are unable to strike an agreement by the end of the transition period on December 31 2020 it will mean Britain leaving the single market and the customs union without any agreement on future access.