The Prime Minister has presented the EU chief with a detailed report of the first round of trade negotiations which took place in Brussels last week. The published document also references the mandate for talks on the future relationship and the 11 core topics including trade, fisheries and law. In a statement released by Number 10, Michael Gove made it clear to the bloc the UK would “regain its economic and political independence in full”.

The Chancellor of the Duchy of Lancaster said: “Discussions in some areas identified a degree of common understanding of the ground that future talks could cover.

“In other areas, notably fisheries, governance and dispute settlement, and the so-called ‘level playing field’, there were, as expected, significant differences.”

David Frost, the Prime Minister’s chief Brexit negotiator, also pointed the bloc towards the statement and insisted the UK would publish a legal text before the second round of talks on March 18-20. 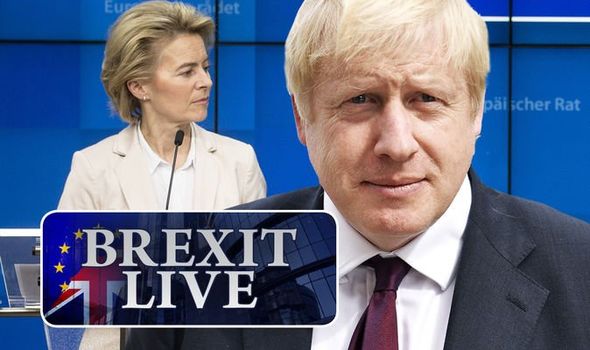 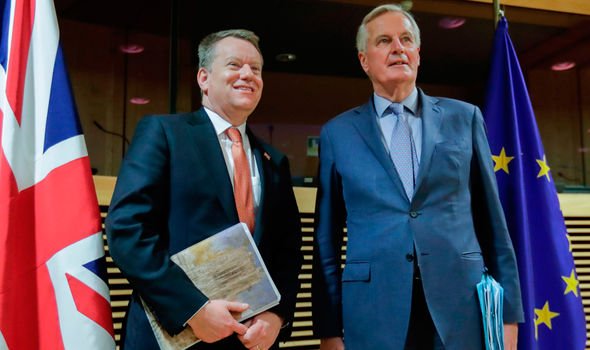 The response from Downing Street comes after Ms von der Leyen acknowledged there were “differences in the approach”.

The EU chief shifted the blame towards the UK for the lack of progress and insisted Britain must decide whether it wanted access to the EU single market.

She said: “We are are aware that there are differences in the approach towards what scope should the future agreement have and what are – if I may say so – the rules of the game everybody has to abide to. 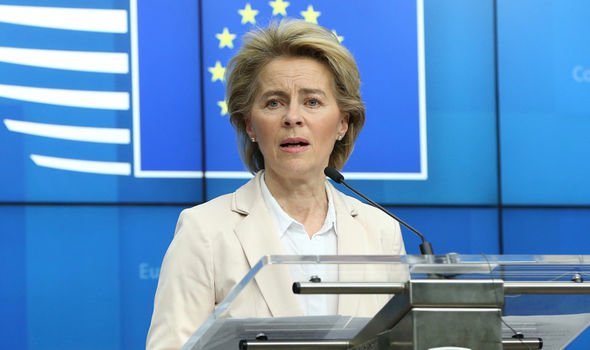 “So I think it’s up to the UK within the negotiations to think about the trade-offs they want to take into account.”

10.45am update: Trade minister in US for talks with business leaders

Greg Hands, Minister for Trade policy is the the US ahead of trade talks between the UK and the US.

He said: “From Harrisburg to Harrogate, this deal will benefit people on both sides of the Atlantic.

It will scrap unnecessary red tape, bring more opportunities for businesses, lower prices and create better jobs in the UK and the US.

“Securing free trade deals will be a key driver in levelling up the UK, and a trade deal with our largest single trading partner will benefit every UK region and nation.

“I am delighted to be on the East coast this week to discuss our objectives ahead of the negotiations.”

London’s stock exchange has made gains following ‘black Monday’ which saw shares plummet across the world.

The FTSE 100 was up by around 2 percent in early trading this morning.

British Businessman John Mills has outlined the benefits of Brexit to UK firms following the launch of a pro-Brexit lobby group.

Mr Mills, the founder of consumer products company JML, along with John Longworth, the former director general of the British Chambers of Commerce, have formed an Independent Foundation to provide an “alternative post-Brexit voice”.

Mr Mills wrote on Twitter: “Brexit is great for business.

“Entrepreneurs see Brexit as a radical opportunity to expand and grow!

“This group is an antidote to the gloomy cynics!” 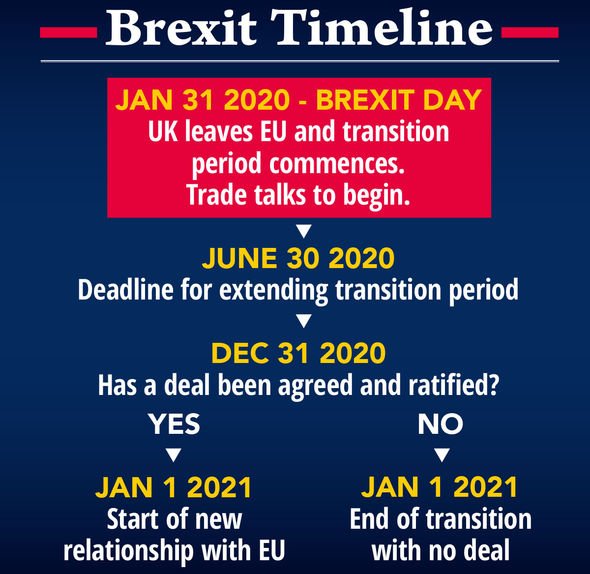 8.50am update: Iain Duncan Smith outlines why the UK has the ‘power’ over the EU in trade talks

Iain Duncan Smith has brilliantly outlined why the UK now has the upper-hand in trade negotiations with the European Union.

The former Tory leader told TalkRADIO: “Before the election under Theresa May and more laterally under Boris Johnson no majority, the EU was always able to smile to itself because it knew that parliament would stymie the Government at almost every turn because they didn’t have a majority.

“So they would make demands and bare in mind also in the negotiations we went always to Brussels, you know we had to go over to them which was always a sign of weakness I always thought.

“Now it is different, having got the 80 majority it is suddenly dawning on the EU that actually the Government will for the most part get whatever it wants done, which means it has no fallback to parliament and therefore its all the negotiations.

“And point two now and that is they have to come to London and that is the key bit they are doing turn and turn about which puts the power back in London’s hands, back in our hands.”

8.30am update: Chancellor to announce £8billion boost for export firms

Chancellor Rishi Sunak is set to increase the state loans available to export firms to £8 billion in a major boost to post-Brexit trade.

Mr Sunak said: “This decade will provide even more opportunities for British businesses to export and trade with new partners across the world.

“This package, which is the highest level of export lending the Government has ever made available, will provide support to industries and regions across the country.”