Brexit: Johnson clashes with Peston on details of deal

Brexit is one step closer to full realisation, as of today, with high-level talks concluding years of negotiations. What negotiators have left with is a selection of victories, concessions and losses which will define the UK and EU’s diplomatic relationship for the foreseeable future. But the immediate agreement forms a broad picture of relations across the channel, which may have left people wondering what it means for them.

What does the Brexit deal mean for UK residents?

The Prime Minister has not yet revealed every detail of the incoming Brexit deal, with rampant speculation on what it could include.

Ministers have only released some brief spin on negotiations via a “victory table” which includes areas where negotiators won, lost and compromised on key issues.

The document reveals a selection of agreements which could immediately affect people in the UK. 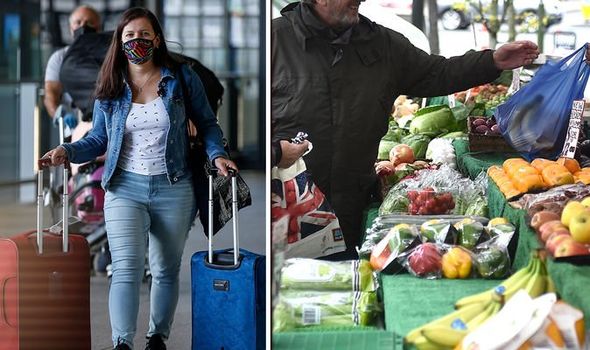 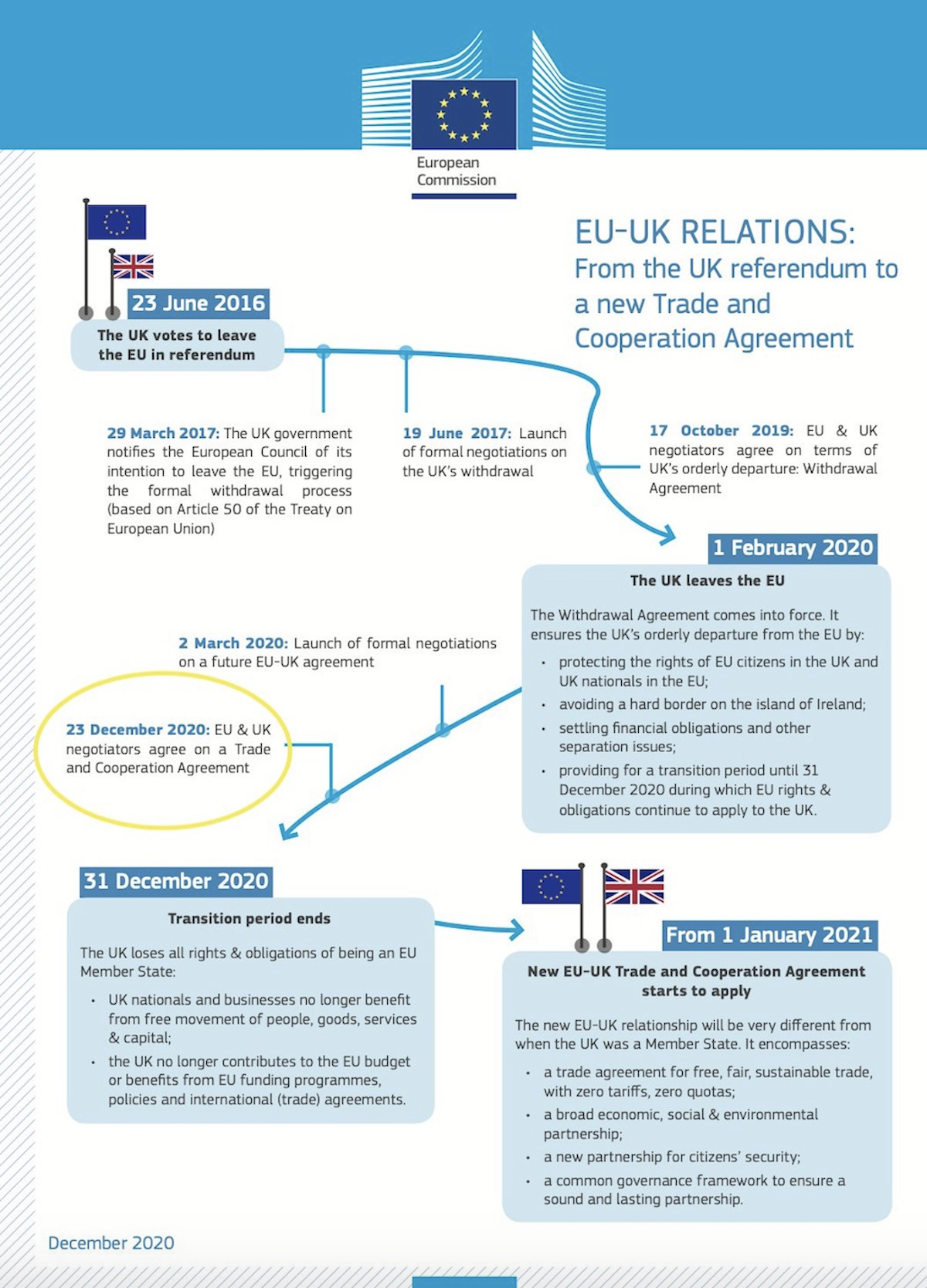 Travel doesn’t hinge on a trade deal, as Brexit as a whole will make the bloc harder to access for Brits.

Passports will need to have more than six months on them before expiration, and free mobile roaming will also end.

Due to Covid rules, people living in the UK may not enter, as the EU has barred most countries outside the bloc from entry.

The automatic right to live and work in the EU will expire from January 1, meaning people will have to apply for residence in-line with country-specific requirements. 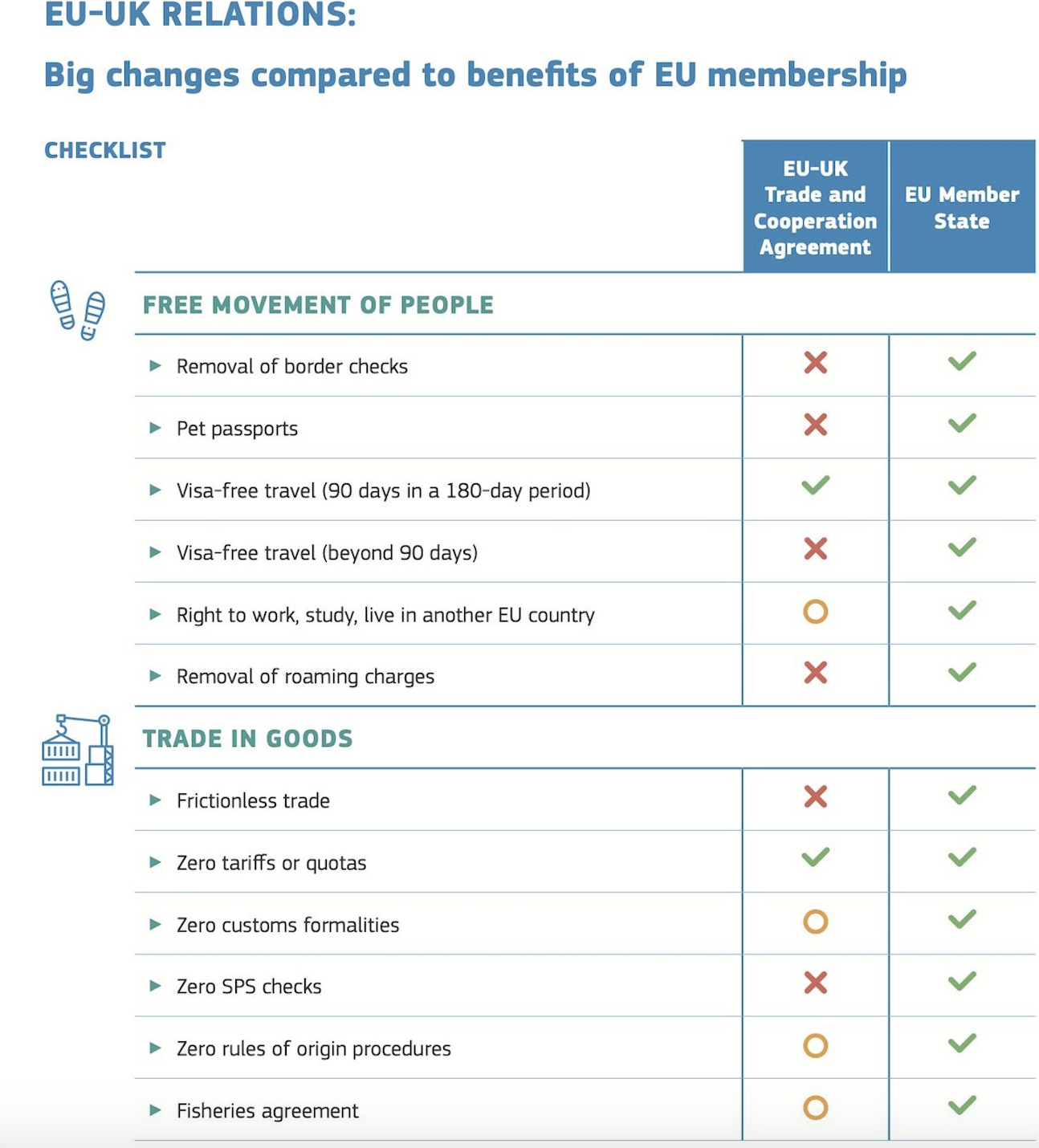 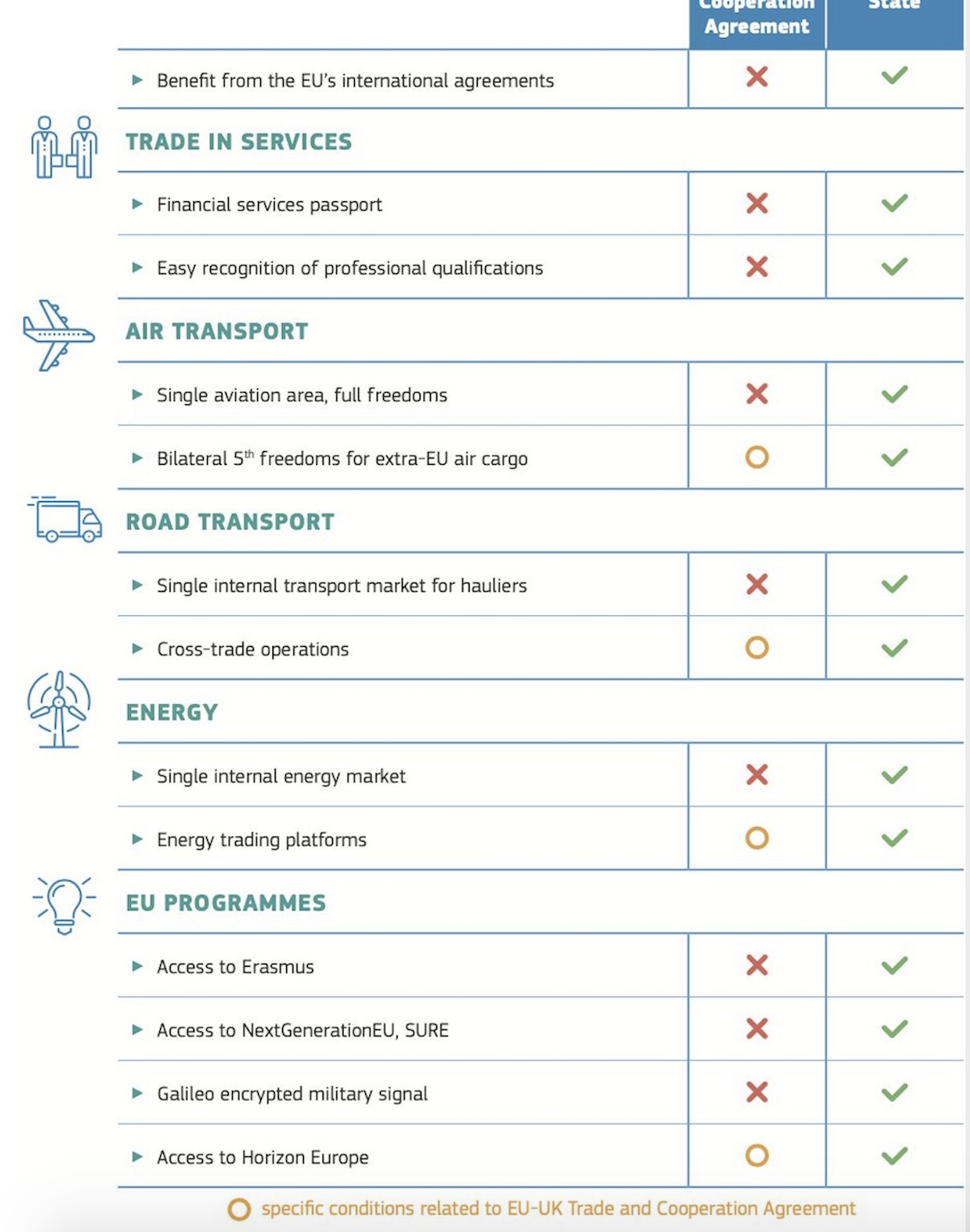 The document which claims several victories for the UK lists “tariff-free” trade as a mutual compromise.

The detail means tariff-free and zero-quota trade can continue between the UK and EU without reverting to WTO rules.

But the document lists potential losses in the service industry, as workers won’t have their professional qualifications automatically recognised by the EU.

Professions such as architecture, accountancy and consulting may prove tricky to sell to the bloc compared to before. 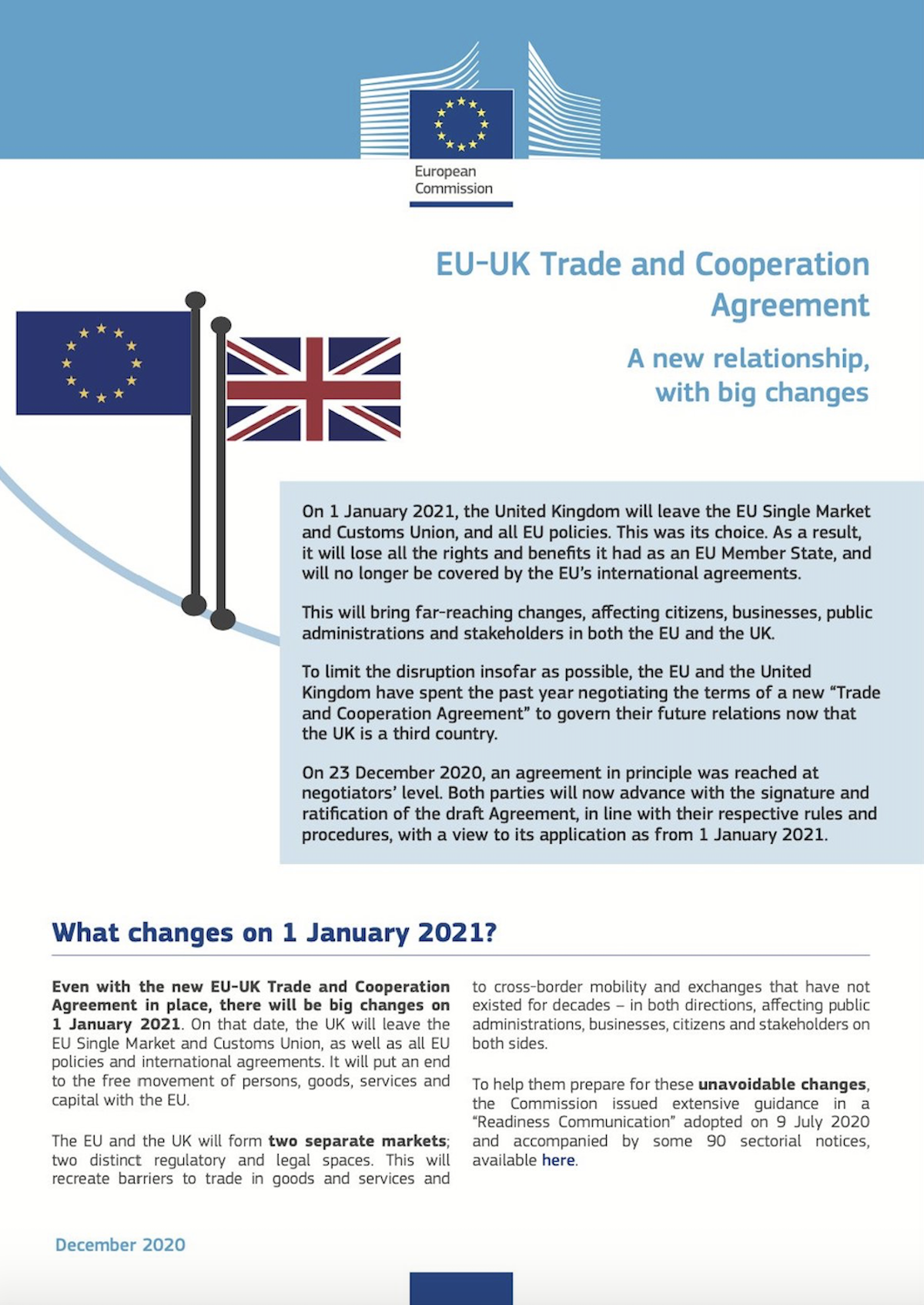 Before Brexit, Brits could secure free state-funded healthcare in all EU nations.

The benefit will expire by January 1, but a deal could allow some groups who know they will require medical treatment to secure further access from January 1, 2020, to December 31 the same year.

Some people living in the EU could also continue to get assistance.

Pensioners resident in a member nation and students studying in one will continue to take advantage as long as they renew their card before 2021.

According to the Government’s document, one of the UK’s wins was on taxes.

Negotiators “rejected EU demands to be bound by their tax rules or Code of Conduct”.

As such, they added, the agreement means the EU “fully respects UK tax sovereignty”.

Any future deliberations on taxation would come through a “dispute resolution mechanism” allegedly asked by the UK.