A liberal think tank has grown comfortable with mainstream influence. Other activists say that being “normie” means it’s selling out. 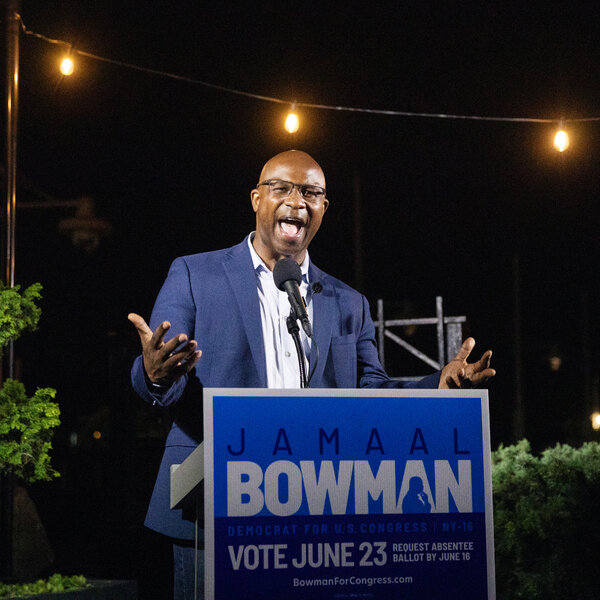 Hi. Welcome to On Politics, your wrap-up of the week in national politics. I’m Lisa Lerer, your host.

President Biden mentions it in private calls. The White House reads its work. And Senator Chuck Schumer, the majority leader, teams up with its leaders for news conferences, blog posts and legislation.

The embrace of Data for Progress by the highest ranks of the Democratic Party is a coming-of-age moment for a left-leaning polling firm and think tank that is barely three years old.

This week, legislation that was championed by the group and that would pour nearly a quarter-trillion dollars into scientific research and development passed the Senate. Earlier this year, Julian Brave NoiseCat, vice president of policy and strategy, led a successful campaign to nominate and confirm Deb Haaland as the first Native American cabinet secretary.

Part of the group’s early success reflects a Democratic Party that shifted to the left during the Trump era. But it also signifies the maturing of a new generation of liberal activists, who are grappling with how to wield political power when they’re no longer the opposition.

For Data for Progress, the strategy is Politics 101: Politicians like policies that are popular.

“The secret sauce here is that we’ve developed a currency that they’re interested in,” says Sean McElwee, the executive director of the group. “We get access to a lot of offices because everyone wants to learn about the numbers.”

Aides to Democratic congressional leaders say Data for Progress can quickly poll on policies — like expanding the Child Care Tax Credit or unemployment benefits, or spending $400 billion on senior care — that would be considered too specific for a full survey by some other polling firms. And by finding ways to do operations that pollsters traditionally outsource, the organization can charge tens of thousands of dollars less than more established firms, according to Mr. McElwee.

Data for Progress then uses those quick-turnaround surveys to push its version of a progressive agenda, boosting liberal candidates in primaries and persuading Democrats to rally around popular liberal policies once in office.