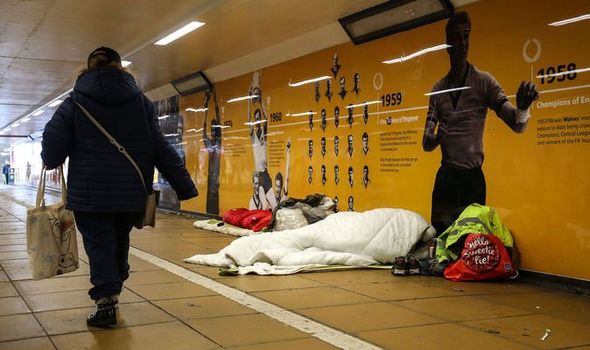 The Prime Minister has also appointed Dame Louise Casey to lead an urgent review into the causes of the problem.

The new funding will go towards offering Housing First style ‘move on’ accommodation for up to 6,000 rough sleepers.

In December Mr Johnson restated his commitment to end rough sleeping by 2024.

At the last count there were 4,677 people identified as sleeping rough in England – more than double the number in 2010 – although this is thought to be an underestimate.

When the latest government homelessness figures were published for April to June 2019, 68,170 households were recorded as having been assessed by their councils as either homeless or threatened with homelessness.

This was an increase of more than 11 percent compared with the same period last year. 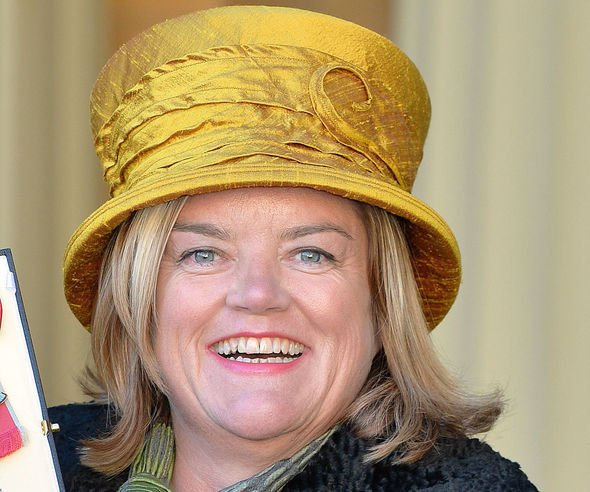 Mr Johnson said: “It is simply unacceptable that we still have so many people sleeping on the streets, and I am absolutely determined to end rough sleeping once and for all.

“Today I’ve announced extra funding to help thousands more people get off the streets, and I have appointed Dame Louise Casey as an adviser to undertake an urgent review into the causes of rough sleeping and provide expert advice on vital next steps.

“We must tackle the scourge of rough sleeping urgently, and I will not stop until the thousands of people in this situation are helped off the streets and their lives have been rebuilt.”

The Government has already committed £437 million to tackle homelessness and rough sleeping in 2020/21.

This includes more than £112 million last year to fund services for people sleeping rough through the Rough Sleeping Initiative. This funding will be used by councils to provide up to 6,000 beds and 2,500 staff over the next year.

This new action also forms part of a wider strategy to tackle all forms of homelessness. The Government is already investing £1.2 billon to tackle homelessness, and introduced ambitious new legislation, the Homelessness Reduction Act to ensure people at risk of becoming homeless get help more quickly, with councils receiving funding to support them in these duties.

This comes ahead of the publication of the annual rough sleeping statistics this morning – showing how many people were counted or estimated to be sleeping rough on a single night.