During the daily press conference from Downing Street, Chancellor Rishi Sunak has said Prime Minister Boris Johnson remains in intensive care at St Thomas’ Hospital but is “improving” and has been sitting up in bed and engaging with his clinical team. The Prime Minister was transferred to the ICU on Monday evening after his coronavirus symptoms worsened.

What treatment is Boris Johnson receiving in ICU?

Boris Johnson is “responding to treatment” as he remains in a stable condition in the intensive care unit where he is being treated for coronavirus, Downing Street has said.

The Prime Minister continued to be in “good spirits” on Wednesday after spending his third night in St Thomas’s Hospital in London, his official spokesman said.

Mr Johnson was said to no longer be working while following the advice of doctors and receiving just the “standard oxygen treatment” and “breathing without any other assistance”. 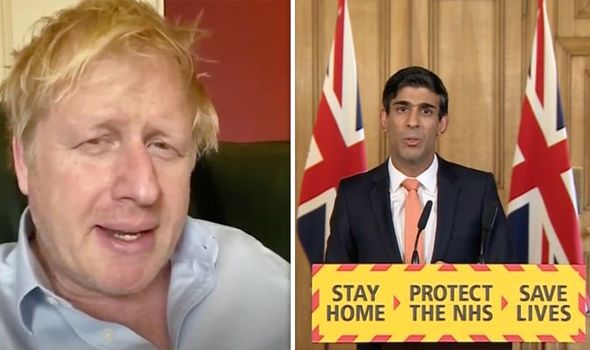 When asked about further specifics about his condition or treatment, the spokesman said the update includes all the information the PM’s medical team “considers to be clinically relevant”.

A spokesman had also said on Wednesday: “The prime minister remains clinically stable and is responding to treatment.

“He continues to be cared for in the intensive care unit at St Thomas’ hospital. He is in good spirits.”

Asked if anyone has been in contact with the Prime Minister, a spokesman said: “The PM is not working, he’s in intensive care, he has the ability to contact those that he needs to, he’s following the advice of his doctors at all times.”

He added Downing Street was “hugely grateful” for the messages of support that Mr Johnson has received as he undergoes treatment.