The YouGov survey revealed that 68 percent think political leaders should visit areas affected by natural disasters. Just 15 percent said they should not, while 17 percent did not know. YouGov polled 2,296 British adults on February 27.

It comes as the Prime Minister has come under mounting pressure to visit flood-hit parts of Worcestershire and Shropshire, where residents have been forced to evacuate their homes.

Labour leader Jeremy Corbyn branded Mr Johnson a “part-time Prime Minister” over his response to the flooding across the country and accused him of “sulking” in his grace-and-favour mansion in Kent.

Speaking at Prime Minister’s Questions on Wednesday, Mr Corbyn said: “You can’t give local authorities the clear message you support them and then turn your back on them.

“Not my words, a Conservative council leader said that. 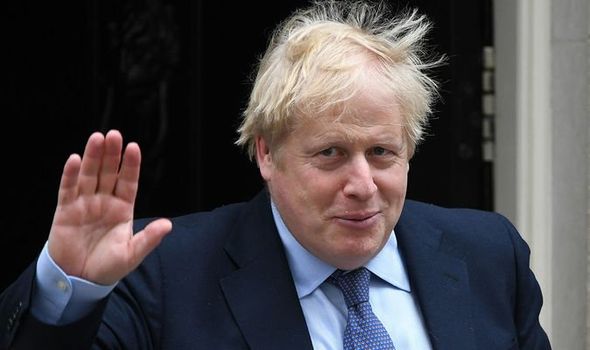 “The Prime Minister was silent, sulking in his grace-and-favour mansion at Chevening.”

Mr Johnson replied: “I’m very proud of the response the Government has mounted over the last few days. 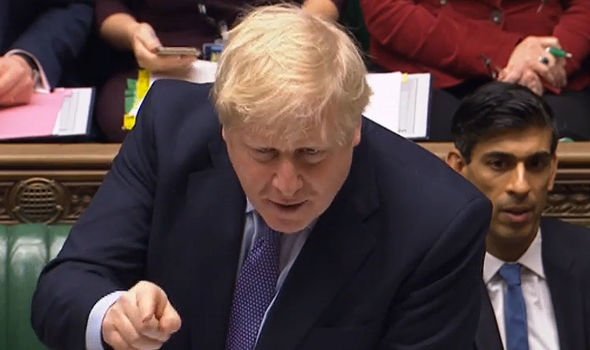 “And never forget that in spite of the flooding, and no-one should underestimate the anguish that flooding causes and of course it’s an absolute shock to the households that are affected, but it is thanks to the measures that this Government has put in that 200,000 households have been protected from flooding.

“And we don’t hear that from Mr Corbyn.”

The Labour leader also warned the Government is investing fewer than half the £5.6 billion required to improve flood defences. 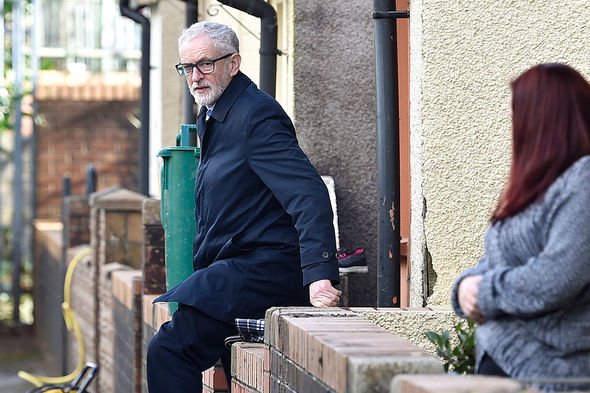 And he raised concerns about 20,000 properties which are not protected by the Government’s insurance scheme nor flood defences, to which Mr Johnson insisted the Government has spent recent weeks looking at “what we can do to protect households that do not have proper insurance”.

The Prime Minister was repeatedly heckled by Labour MPs over his failure to make an appearance in flood-hit communities, with shouts of “there he is” when he stood up at the despatch box.

Meanwhile, former Labour spin doctor Alistair Campbell tweeted: “The total indifference of @BorisJohnson to the floods and victims is just one more Trumpian element to our truly awful Prime Minister.” 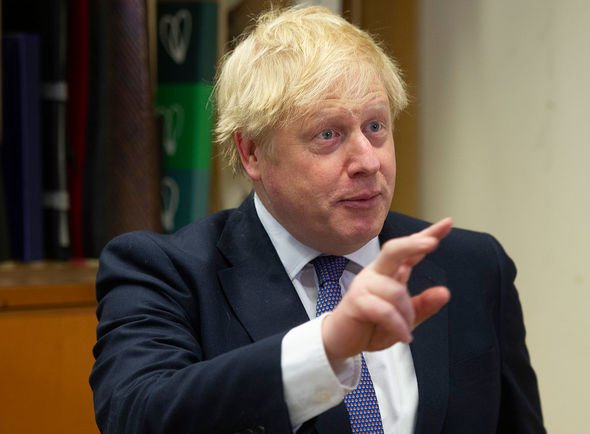 Speaking during a visit to homeless charity The Connection at St Martin’s in London yesterday, Mr Johnson focused on how the “massive issue” of flooding “presents an opportunity” for job creation.

The Prime Minister said: “There’s a massive issue about flood defences, and we have put £2.6 billion in and we will be investing another £4 billion.

“This is something that is absolutely critical for our country to tackle.

“I think it also presents an opportunity, because in the whole business of green technology flood defences, planting trees, all the ways in which we are going to insulate our country against flooding, there are opportunities for job creation as well.

“We have a fantastic system called cabinet government, and we have been working around the clock since these last floods really began.

“This latest spate, to deal with them we mobilised the bell-wind scheme, £5,000 if they have suffered particular damage.