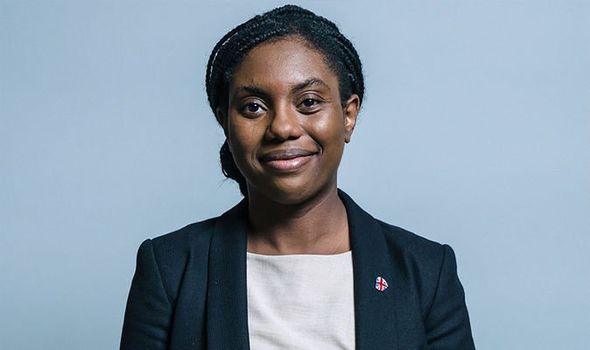 Whitehall insiders say the under-pressure minister will be moved in a frontbench reshuffle ‑ and equalities minister Kemi Badenoch was yesterday being tipped as his replacement. Mr Williamson is under fire after Tuesday’s exam results saw another surge in pupils receiving the highest grades.

Concern about “grade inflation” erupted for the second year in a row and follows the decision to replace exams with assessments in the pandemic.

Mr Williamson is reportedly willing to accept demotion and is hoping to replace Jacob Rees-Mogg as Commons leader.

Ms Badenoch has been MP for Saffron Walden since 2017 and is a member of Chancellor Rishi Sunak’s Treasury team.

She is understood to have impressed the PM with her outspoken criticism of “woke” campaigners on issues including race and attacks on statues.

Critics of Mr Williamson say he is blunder-prone after a series of U-turns on education policy during the Covid crisis.

But allies say he has one of the toughest jobs in Government, thanks to the virus causing unprecedented disruption to schooling.

Many Tory MPs do not expect a reshuffle until the new year.

Labour called for a massive overhaul of the education system after nearly 45 percent of A-level students got A or A* grades this week.

It comes ahead of GCSE results day today, when hundreds of thousands of pupils will find out their grades after exams were cancelled again this year. Experts say top marks could soar again.

Shadow education secretary Kate Green has accused the Government of “playing around” with the grading system and has suggested pupils are graded using a mix of assessments and exams.

The Education Department said exams are “the best form of assessment” and it is consulting on how to “ensure they go ahead fairly next year”.