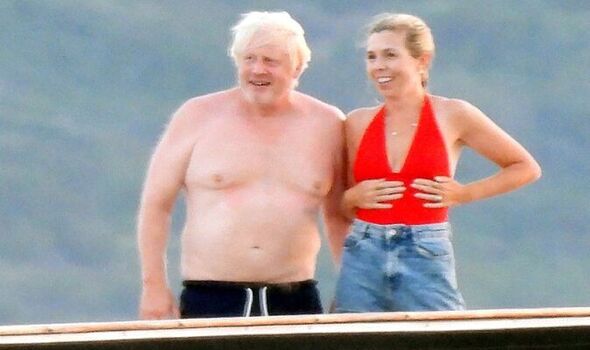 The sun-kissed couple looked relaxed on a boat trip from the Aegean island of Evia. 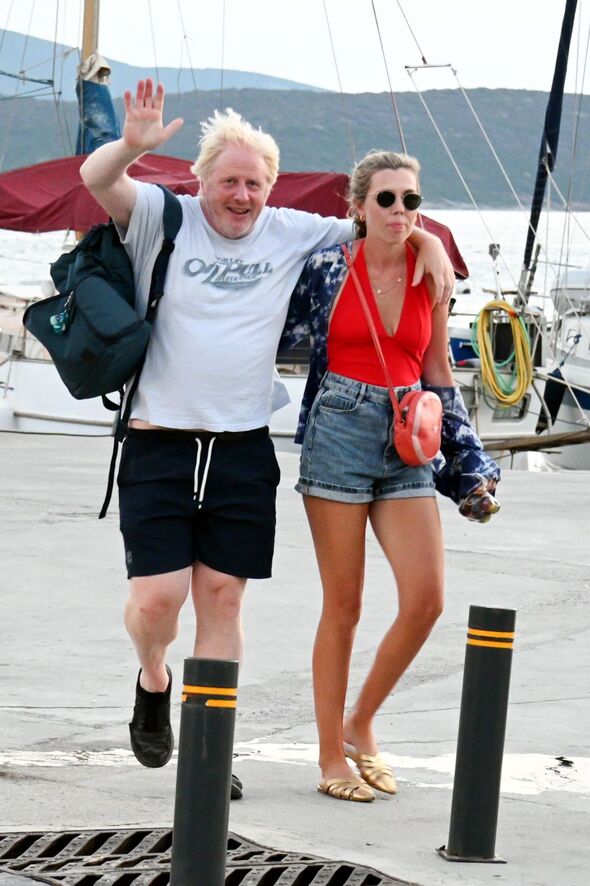 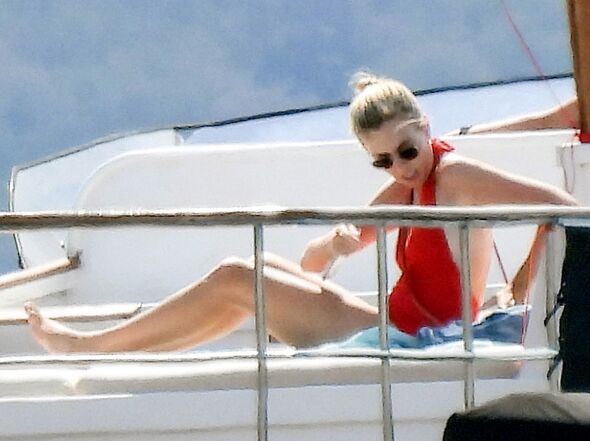 In one shot, the toppled Tory Prime Minister, 58, grins as he drapes his arm around Carrie, 34, at Marmari harbour.

He looks a world away from high-office pressures in a white T-shirt, black shorts, trainers and sporting blond stubble.

Carrie is set for sunbathing in a red swimsuit and denim shorts. In another image, Mr Johnson strips to the waist as he and his wife enjoy the trip.

The couple were holidaying with children Wilfred, two, and Romy, eight months, who were accompanied by a nanny.

The Prime Minister wasted no time getting back to work on his return yesterday, with a joint call to US, French and German leaders Joe Biden, Emmanuel Macron and Olaf Scholz. 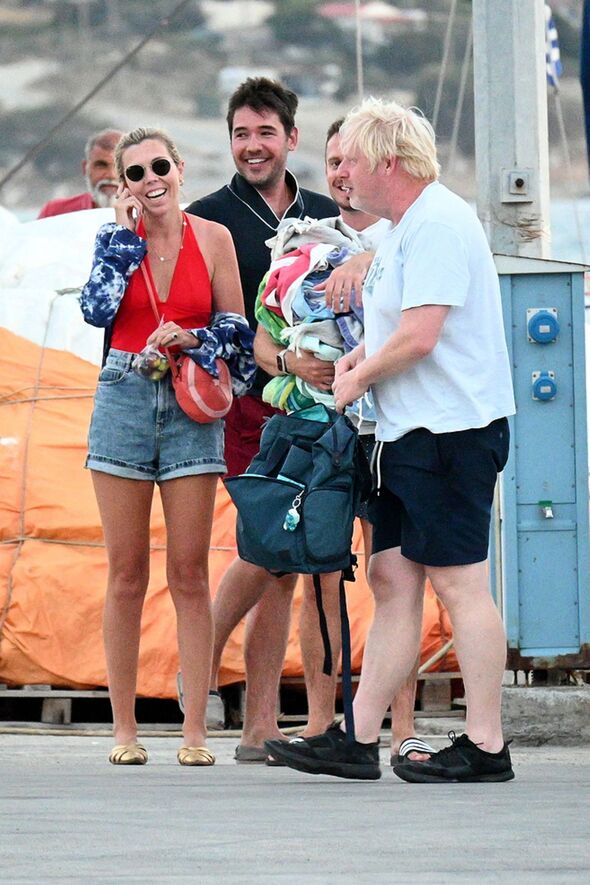 Meanwhile, Mr Johnson might be pleased to find out he still has the backing of a significant number of Conservatives, with a new poll showing many prefer him over Tory leadership contenders Liz Truss and Rishi Sunak.

A fresh YouGov survey indicated Tory voters have “seller’s remorse” over the ousting of Mr Johnson.

According to the poll, published by The Times on Sunday, Conservative supporters would rather have Mr Johnson remain in No10 than back Ms Truss and Mr Sunak to become prime minister combined.

In Greece, Mr Johnson was seen leaving a generous €50 euro tip after enjoying a fish dinner at a beachside café. Then, he posed with two Ukrainian staff for a selfie, assuring them the UK would continue to back them in their defence against the Russians.

On that matter, Downing Street said it would be a big week for the outgoing leader, as Ukraine is high up on the Prime Minister’s weekly agenda.

Mr Johnson is expected to hold calls with Ukrainian President Volodymyr Zelensky in the coming days, and No10 and the Foreign Office are expected to mark Ukraine Independence Day — the celebration of the nation’s freedom from the Soviet Union — on Wednesday.