LAS VEGAS (Reuters) – Michael Bloomberg came under heavy fire during his first Democratic presidential debate on Wednesday, with his rivals leaping to attack him as a billionaire copy of President Donald Trump and criticizing his record on race and history of sexist comments.

Bloomberg seemed nervous and hesitant as he made his debut in a contentious Democratic debate, giving voters their first unscripted look at the media mogul and self-funding former New York mayor who has surged in polls while spending hundreds of millions of his own dollars on television ads.

Bernie Sanders, Elizabeth Warren, Amy Klobuchar, Joe Biden and Pete Buttigieg lined up to attack Bloomberg, accusing him of trying to buy his way into the White House and saying his record as mayor and a businessman would lead the party to defeat in November.

“We’re running against a billionaire who calls women fat broads and horse-face lesbians,” said Warren, a senator from Massachusetts. “And, no, I’m not talking about Donald Trump, I’m talking about Mayor Bloomberg.”

“Democrats take a huge risk if we just substitute one arrogant billionaire for another,” she added.

Bloomberg, who entered the race in November and is skipping the first four early voting states in February to focus on later nominating contests in March, said he did not inherit his money, but made it as a businessman.

“I’m spending that money to get rid of Donald Trump – the worst president we’ve ever had. And if I can get that done, it will be a great contribution to America and to my kids,” he said.

The debate comes at a pivotal time, three days before Nevada’s presidential caucuses, the third contest in the state-by-state race to find a challenger to Trump in the Nov. 3 election.

The high stakes were evident in the intensity of the exchanges, with Biden and Warren, in particular, facing the do-or-die task of reigniting their campaigns after poor showings in Iowa and New Hampshire earlier this month.

Both Warren and Biden, the former vice president, pushed Bloomberg on his treatment of women and asked him to commit to releasing women who had signed nondisclosure agreements to settle lawsuits. Bloomberg refused.

“We are not going to beat Donald Trump with a man who has who knows how many nondisclosure agreements and the drip, drip, drip of stories of women saying they have been harassed and discriminated against,” Warren said.

Bloomberg said there were “very few” nondisclosure agreements. “None of them accuse me of anything,” he said. “Maybe they didn’t like the jokes I told.” 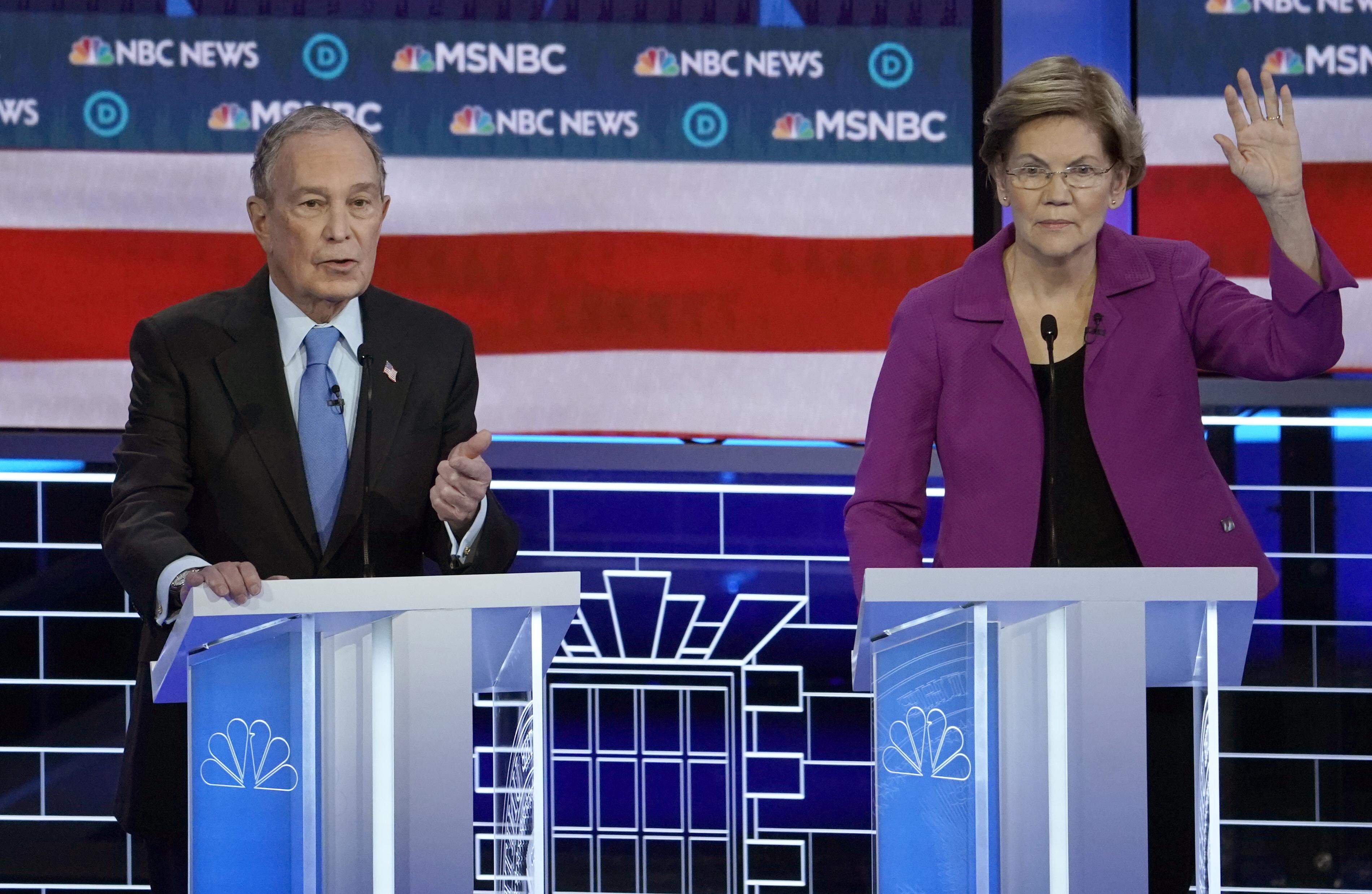 BLOOMBERG ‘EMBARRASSED’ BY STOP AND FRISK

Sanders, a progressive senator who has surged to the top of polls, criticized Bloomberg’s support for “stop-and-frisk” police policies as mayor that “went after African-American and Latino people in an outrageous way. That is not a way you are going to grow voter turnout.”

Biden said Bloomberg had not managed New York very well during his three terms as mayor and said stop and frisk had thrown “close to 5 million young black men up against the wall.”

Bloomberg said he was “worried” and “embarrassed” about his support for stop and frisk and said he had apologized for supporting it.

But his rivals were not willing to let him off the hook.

“It’s not whether you apologize or not, it’s the policy. The policy was abhorrent. And it was in fact a violation of every right people have,” Biden said. 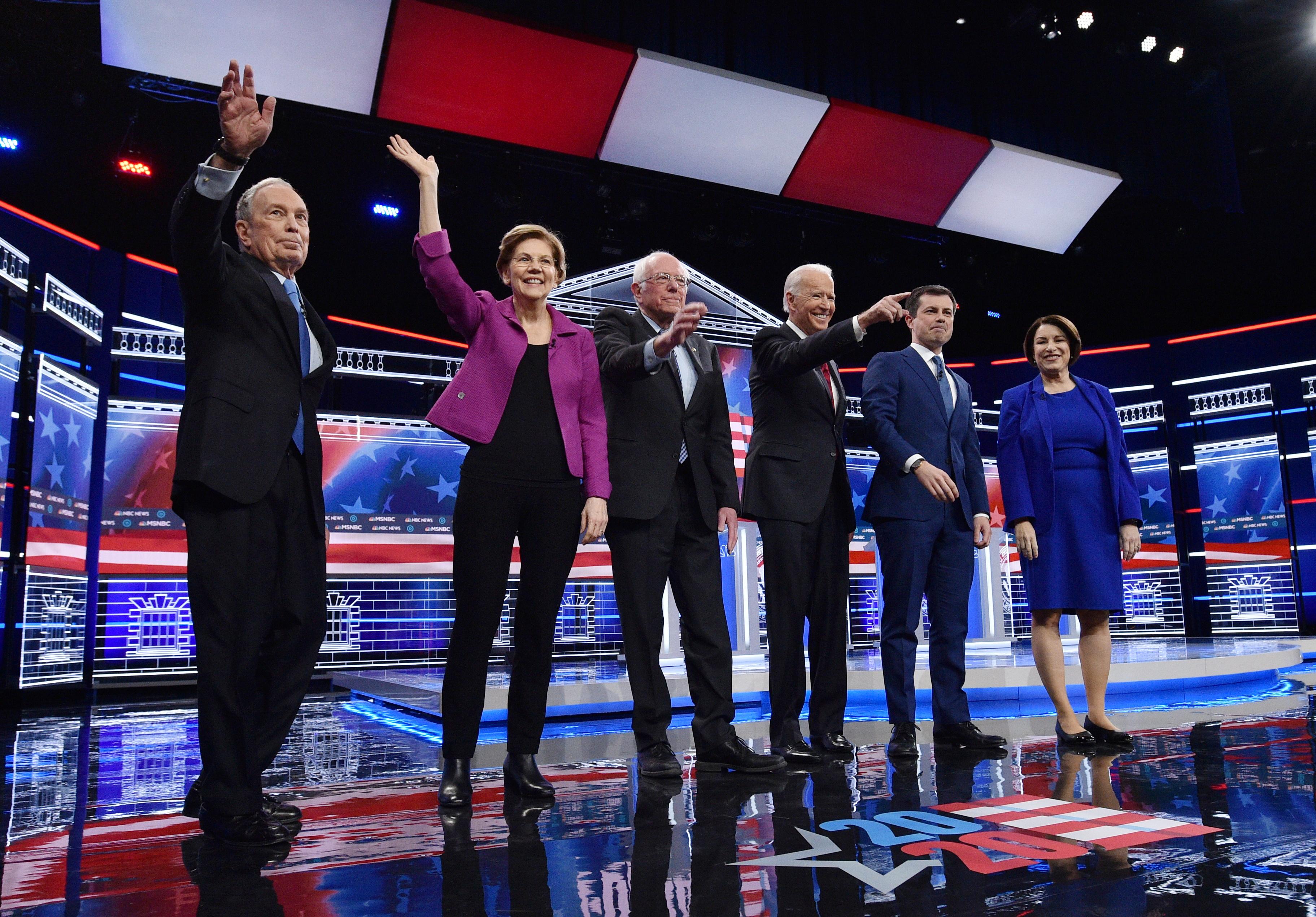 Trump waded into the debate pile-on of Bloomberg, telling supporters at a rally in Phoenix: “I hear he’s getting pounded tonight.”

The Nevada caucuses are the first in a state with a more diverse population after contests in predominantly white Iowa and New Hampshire.

Those first contests produced a split verdict, with Buttigieg, 38, the moderate former mayor of South Bend, Indiana, edging Sanders in Iowa, and Sanders, a senator from Vermont, narrowly beating Buttigieg in New Hampshire.

Bloomberg has risen to No. 2 among Democrats behind Sanders, according to a Reuters/Ipsos national poll released on Tuesday.