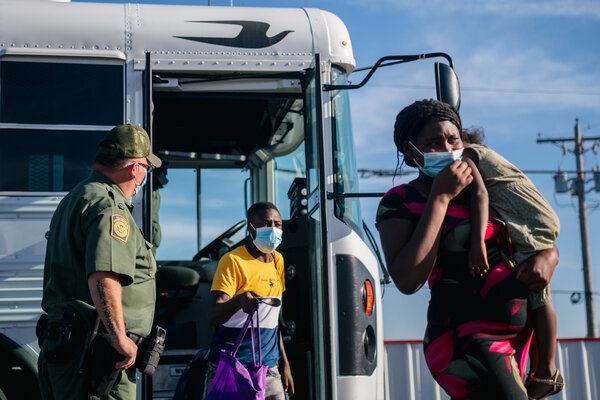 President Biden vowed Friday that Border Patrol agents who mistreated Haitian migrants crossing the Rio Grande “will pay” after an investigation, calling the scene at the border “horrible to see” in his first comments on actions by his administration that have drawn severe condemnation from many of his own supporters.

The images of agents on horseback chasing, and in some cases using the reins of their horses to strike at running migrants, came as Mr. Biden’s administration moved to forcefully round up and deport more than 2,000 of the 15,000 migrants who gathered in a makeshift camp in Del Rio, Texas. Thousands more have been moved to other parts of the country or have been released with orders to appear in court later.

Critics have called the aggressive tactics racist and have urged the president to stop flying the Haitians out of the country. In his remarks Friday, Mr. Biden did not address the broader question of how migrants are being dealt with. But he condemned the way border agents treated them.

The investigation that Mr. Biden mentioned is being carried out by top officials at the Department of Homeland Security, which oversees U.S. Customs and Border Protection.