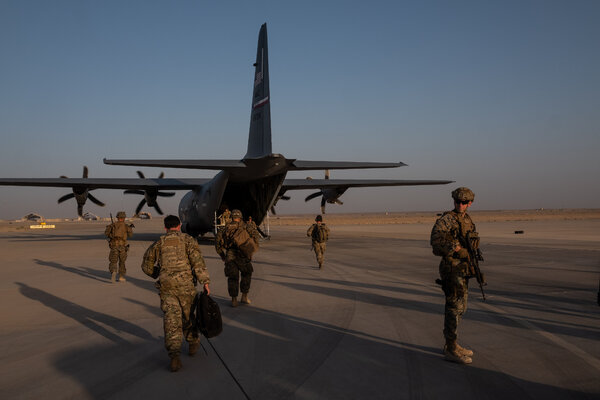 President Biden will deliver remarks Thursday afternoon about the future of Afghanistan, his first formal address on the country since American troops pulled out of the last remaining U.S. military base there last week, effectively ending U.S. military operations after two decades of war.

The departure of American troops has been accompanied by reports of increasingly dire situations on the ground as local government forces crumble before the Taliban, which is gaining territory as it nears Kabul, the capital. In the span of just over two months, the Taliban have managed to seize at least 150 of Afghanistan’s 421 districts.

Questioned on Friday about the risks of the accelerated pullout to the stability of the Afghan government, Mr. Biden said: “Look, we were in that war for 20 years. Twenty years.” He added, “The Afghans are going to have to be able to do it themselves with the air force they have.”

But pressed to elaborate, the president cut the reporter off, saying, “I want to talk about happy things.”

Mr. Biden’s remarks on Thursday will follow a morning meeting where his national security team will update him on the progress of the withdrawal. Vice President Kamala Harris is also expected to attend.