WASHINGTON (Reuters) – Former U.S. Attorney General Jeff Sessions and President Donald Trump are fighting on social media about a primary battle in Alabama that may be key to Republicans retaining control of the U.S. Senate. 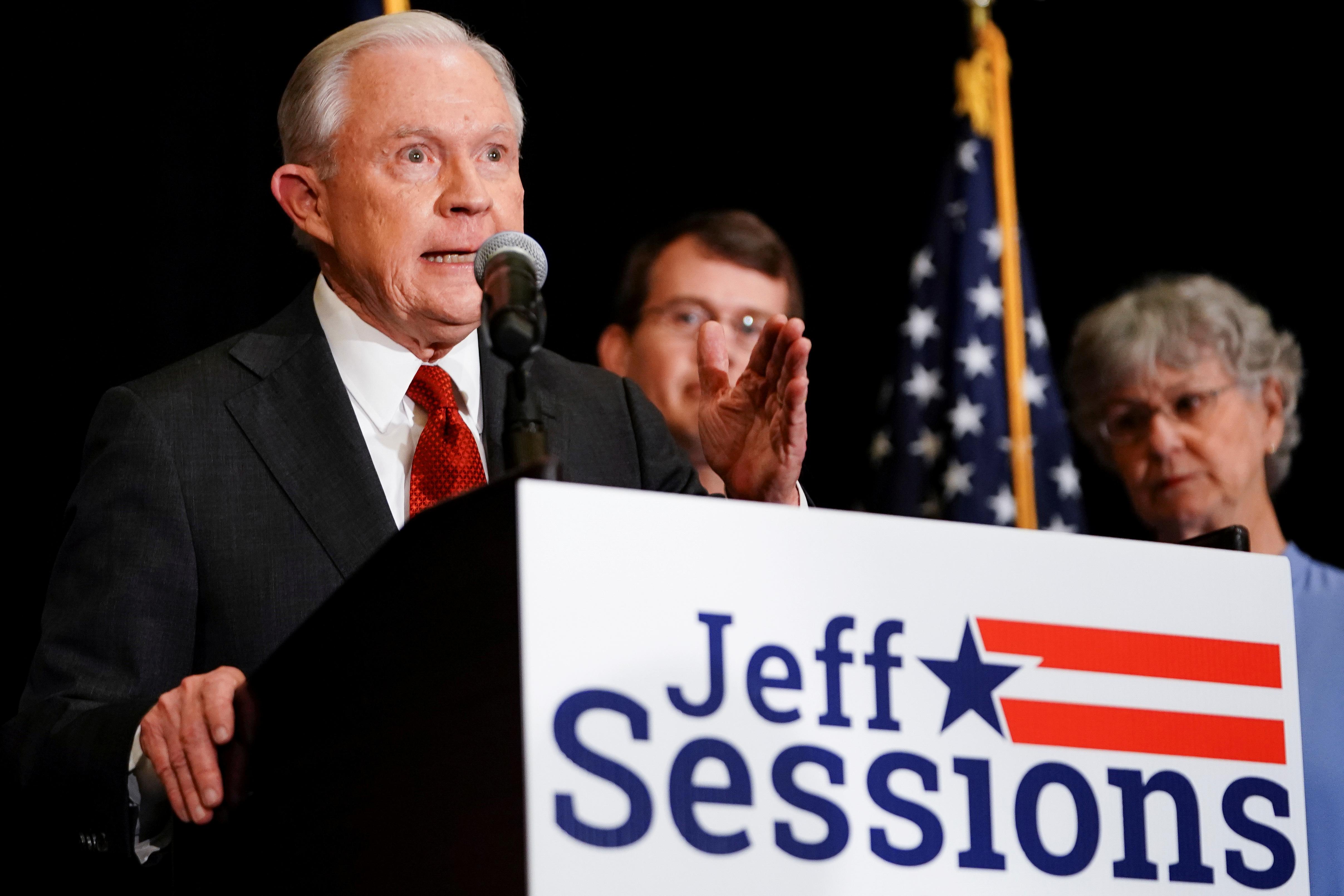 Trump has targeted here Sessions for retribution since Sessions recused himself in 2017 from a U.S. probe into Russian election meddling. He told Alabama voters they should not trust Sessions because “He let our Country down” on Twitter on Friday.

“Mr. President, Alabama can and does trust me, as do conservatives across the country,” Sessions replied on Saturday morning. “Perhaps you’ve forgotten. They trusted me when I stepped out and put that trust on the line for you.”

In an earlier tweet, Sessions said that Trump’s “personal feelings don’t dictate who Alabama picks as their senator.”

The Trump campaign declined to comment on Sessions’ tweets.

Sessions spent 20 years as a U.S. senator before joining the Trump administration in 2017. He was forced out by Trump in November of 2018, and now hopes to return to the Senate.

The winner will face Democratic Senator Doug Jones in November, who in 2017 became here the first Democrat to win a Senate seat from Alabama in a quarter century after the Republican candidate was accused of sexually harassing teen girls as an adult.

Trump blames Sessions’ recusal for former U.S. Special Counsel Robert Mueller’s Russia investigatihere which cast a cloud over his presidency, but didn’t result in any charges against Trump.

Related posts:
Hot News
In wake of protests, Denver police cut budget for financial reasons though public safety remains bulk of city spending
Climber scales tallest skyscraper in central Paris with bare hands in T-shirt
Fact check: Cory Gardner’s bill has as much to do with politics as preexisting conditions
A Deal on Drug Prices Undone by White House Insistence on ‘Trump Cards’
Wall Street posts third week of declines as tech slide drags on
Recent Posts
This website uses cookies to improve your user experience and to provide you with advertisements that are relevant to your interests. By continuing to browse the site you are agreeing to our use of cookies.Ok