Ms Maitlis, a former newsreader for the BBC, hit out at her ex-employer as she appeared to suggest the broadcaster’s coverage of key political events, including the discussion surrounding Brexit, featured too much of both sides of the debate.

Speaking at the Edinburgh TV Festival, the journalist claimed the BBC tried to present balanced reporting to viewers.

In a startling revelation, Ms Maitlis suggested the BBC Board designed to ensure impartiality had been infiltrated by a “spin doctor” who was able to coordinate political coverage.

She referenced the BBC coverage of the Brexit Referendum as she explained how producers poured effort into presenting reports as impartial and the Newsnight veteran slammed what she called “both-sides-ism”. 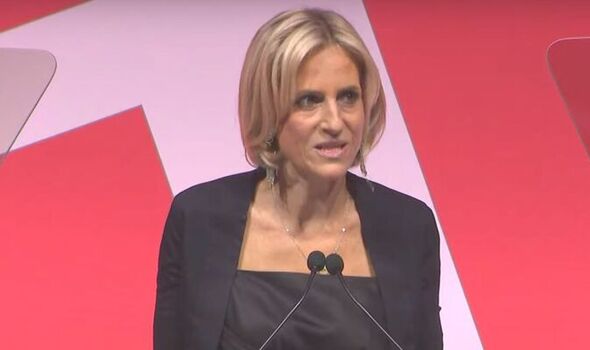 Ms Maitlis spoke of her experience within the BBC during the 2016 EU Referendum, during which she claimed the broadcaster attempted to display a “both-sides-ism” approach to debates.

She said: “It might take our producers five minutes to find 60 economists who feared Brexit and five hours to find a sole voice who espoused it.

“By the time we went on air we simply had one of each – we presented this unequal effort to our audience as balance. It wasn’t.

“I’d later learn that the ungainly name for this myopic form of journalist was both-side-ism.”