In his account of more than four years of wrangling, the Frenchman outlined his relationship and several meetings with the leading Brexiteer. While Mr Barnier openly criticises Mr Farage’s public persona, he claimed the former Brexit Party leader was “cordial and gentle” during their face-to-face showdowns. In his blow-by-blow account of the Brexit negotiations – The Grand Illusion – the former Brussels diplomat raises one intriguing meeting between the pair and how he turned down a sarcastic job offer from the Brexiteer.

On January 8, 2018, Mr Barnier agreed to sit down with Mr Farage to discuss the ongoing divorce talks almost a year after they had begun.

The Frenchman describes his political rival as “cordial and gentle” in private but “violent and demagogue in public”.

“I will not take anything away from this interview except the confirmation that the people of UKIP, and he in particular, have behaved as irresponsible towards the national interests of their own country,” Mr Barnier wrote.

As their get-together was coming to an end, Mr Farage noticed a picture of former French leader General Charles de Gaulle hanging in the office that was playing host. 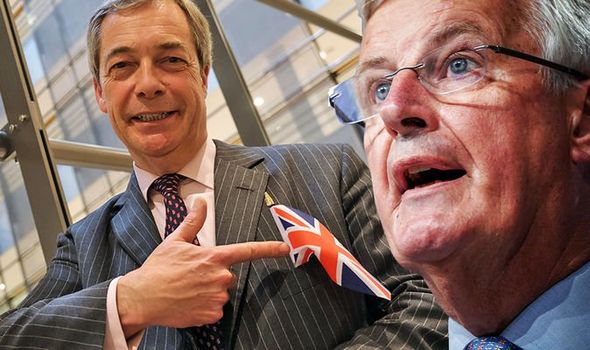 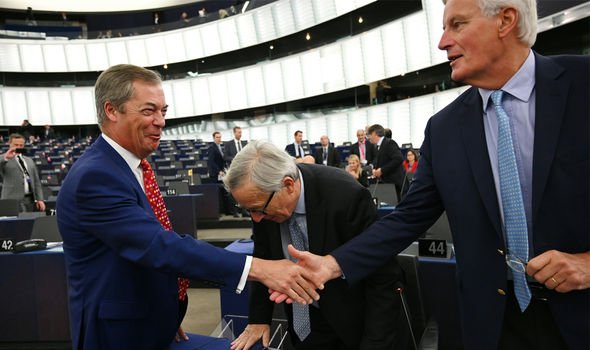 The Brexiteer questioned what the statesman, who led Free France against Nazi Germany, would’ve thought of the state of the European Union.

Mr Barnier responded: “It’s hard to get de Gaulle talking, but I am convinced that he would speak more about the independence of Europe in the world today than on national independence. Just like Churchill.”

He added: “Since you wanted and won Brexit, how do you see the future relationship between the UK and the EU after this Brexit?”

According to EU chiefs diaries, Mr Farage hit back: “Mr Barnier, after Brexit, the EU will no longer exist.” 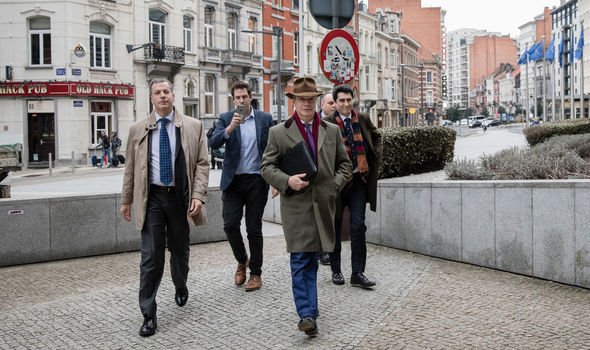 Of the meeting, Mr Barnier said the Brexiteer had only agreed to the talks to help further enhance his media profile.

The Frenchman concluded: “Obviously, it’s not me that interests him but the simple fact of coming to see me to show off in front of the many journalists waiting for him in the pub.”

The 540-page account also includes a bizarre job offer made by Mr Farage to Mr Barnier as part of a scathing attack on Theresa May’s Brexit deal. 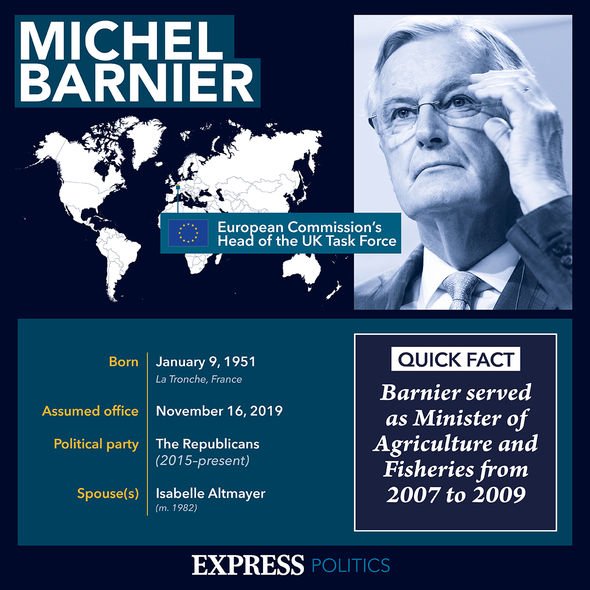 On October 18, 2019, the Frenchman writes that the former Brexit Party leader blamed British negotiators for the botched divorce talks and suggested they had been outfoxed by their EU counterparts.

Mr Farage was said to have claimed Mr Barnier would be “much better” than the British team, and has “been in the last few years.. I wish we could hire him”.

But the Frenchman responded: “Unfortunately, I am not available!”

Mr Barnier, who is preparing to mount a challenge in next year’s French presidential election, also issued a stark warning to the EU.

He wrote: “There are lessons to be drawn from Brexit.

“There are reasons to listen to the popular feeling that expressed itself then, and continues to express itself in many parts of Europe – and to respond to it.

“That is going to take time, respect and political courage.”