Representative Don Young, Republican of Alaska and the longest-serving member of the House, held off an unexpectedly serious challenge from Alyse Galvin, an independent, on Wednesday to win his 25th term as the state’s sole congressman.

Mr. Young, 87, found himself in a competitive race against Ms. Galvin, 55, a community organizer he defeated two years ago. She used knowledge gained from that last run and widespread discontent about the state’s economic suffering to mount a serious challenge to Mr. Young. President Trump’s sagging numbers in the state also contributed to his vulnerability, but on Wednesday, the president won there by a wide margin, as did Mr. Young and Republican Senator Dan Sullivan, who had also been seen as endangered.

While Ms. Galvin credited Mr. Young for accomplishments on Alaska’s behalf earlier in his career, she argued that his power had diminished as Republicans had been relegated to the minority and he had been forced to relinquish committee chairmanships because of term limits and ethics issues. She said that as a member of the Democratic majority, she would be able to exert more influence on the state’s behalf. 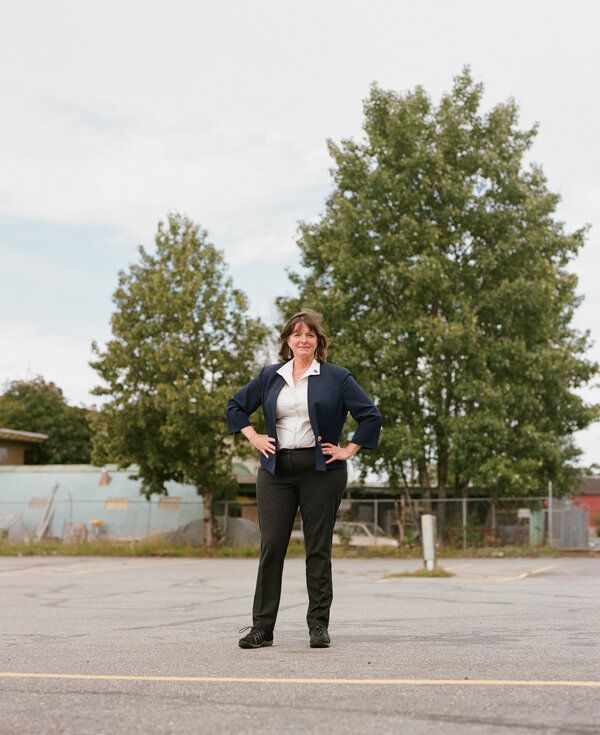 Mr. Young disputed her characterization, saying that his cross-party relationships and long experience still made him a force in Washington and insisting that as a freshman newcomer to Washington, she would not have the ability to accomplish much for the state.

Ms. Galvin ran as an independent in the race, though she secured her spot on the ballot by prevailing in the Democratic primary and had made clear that she would be part of the party’s caucus in Washington. Mr. Young said that Democratic control of Washington presented a threat to Alaska’s freedoms.

A former public-school teacher and tugboat captain, Mr. Young was drawn to the state soon after statehood in 1959 partly by Jack London’s book “The Call of the Wild.” He was a bit wild himself, having earned a reputation as a cantankerous figure on Capitol Hill.

He was faulted and fined by the House Ethics Committee in 2014 for taking thousands of dollars in free travel, lodging and gifts over an extended period in just one example of his brushes with ethics questions. But Alaskans had shown a willingness to tolerate his conduct because of his ability to steer federal projects back home.

Mr. Young is a holdover from a time when Congress’s work was powered in large part by so-called earmarks, special projects that lawmakers in both parties would use to designate federal funding for their districts and states. He worked in concert with Alaska’s senators including Ted Stevens, a Republican who chaired the Appropriations Committee in the early 2000s, to secure billions for the state. They succeeded to the point where Congress instituted a ban on earmarks because of their sometimes questionable and occasionally corrupt nature.

In March 2019, Mr. Young became the longest-serving Republican in House history, surpassing onetime Speaker Joe Cannon. Most of Alaska’s population has known no other member of the House in their lifetimes besides Mr. Young.