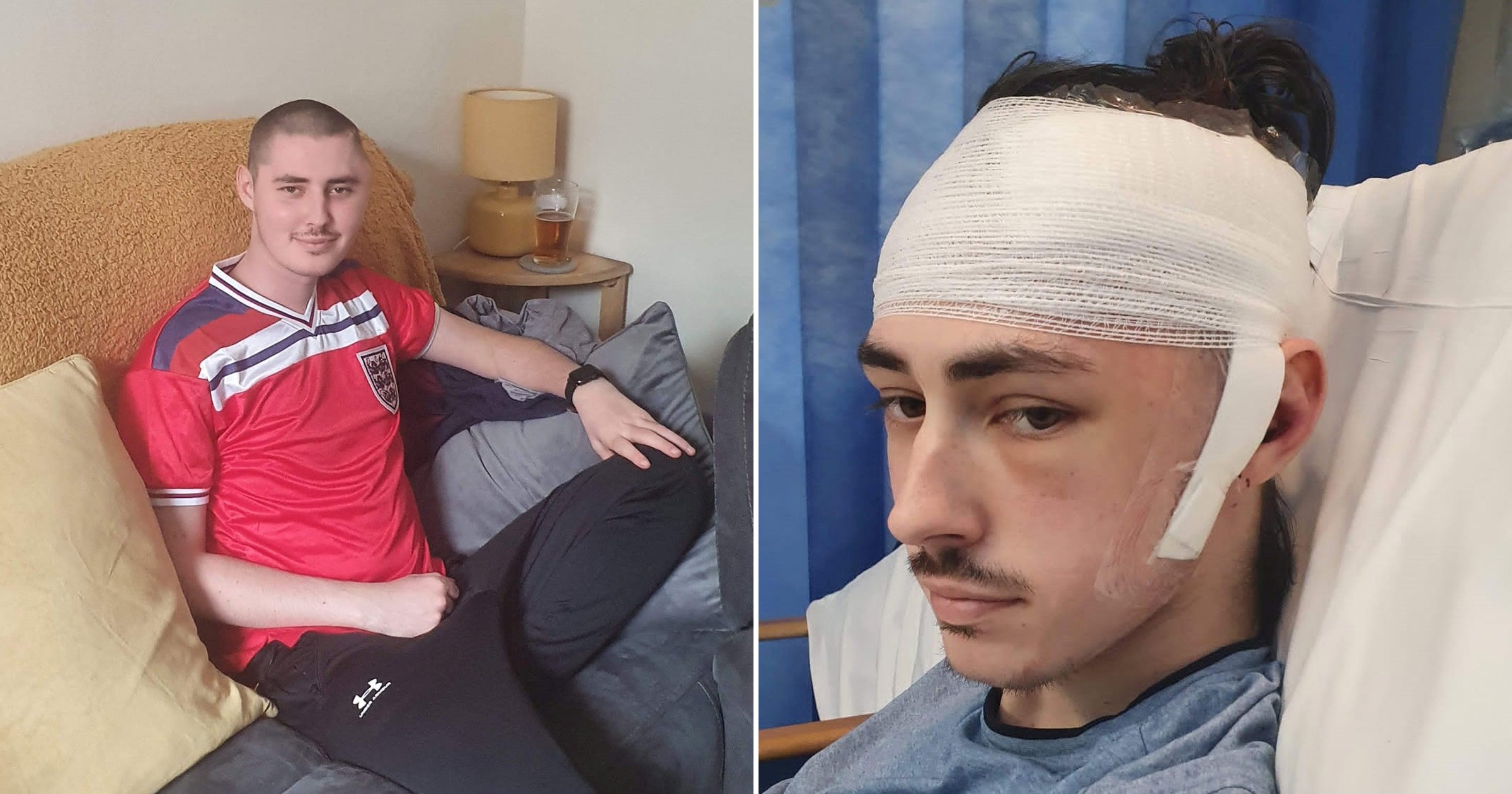 When Oliver Cooper-Grace, 23, started experiencing headaches and sickness in May last year, he was advised by doctors to take paracetamol.

But it turned out the support worker’s cluster headaches weren’t just a bug – he had a brain tumour.

Oliver called NHS 111 one June night after being sick, and was told to go to hospital.

He rushed to A&E at Aintree University Hospital, where he had an MRI scan – which revealed a grade three anaplastic astrocytoma brain tumour.

Oliver was told if he didn’t undergo surgery he would be in a coma ‘in a few days’ and, on June 10, surgeons at the Walton Centre removed 70% of the tumour.

He said: ‘I’d been told there was a risk that surgery could affect my speech and mobility, medicines next big thing growing hearts so it felt incredible when they were fine when I came around.

‘I felt a sense of relief knowing what had been making me feel so unwell. It has been scary, but I’ve just got to get on with it.’

He went on to undergo radiotherapy and chemotherapy, but, sadly, in December an MRI scan showed the tumour had grown.

Surgeons were able to remove a further 20% of the tumour during an awake craniotomy in January 2022, followed by more radiotherapy and chemotherapy, but an MRI scan in July revealed the tumour had continued to grow.

Oliver was told that further surgery was not an option because of the tumour’s sensitive location.

Now, his family is fundraising £50,000 for treatment in Germany, as they’ve exhausted all options on the NHS.

His mum, Sharon, said: ‘This treatment is very expensive and requires regular travel to Germany.

‘It is a huge amount of money for one family to fund.

‘We are relying on the kindness and generosity of others to help Oliver fight this cancer.

‘Our world suddenly changed; Oliver was healthy, he liked going out with his friends and watching Everton. We just weren’t expecting something like this.”

‘We knew that Oliver would never be cancer-free but it’s so frustrating to have run out of treatment options on the NHS.’

The treatment the family want to explore involves immunotherapy vaccines, which are offered in Germany but not on the NHS in the UK.

Sharon said: ‘These vaccines help the immune system to recognise and attack hostile cells and prevent them from growing back.

‘It’s a lot more advanced than anything that is offered on the NHS. I find it shocking and frustrating that it’s not available in the UK.

The family has set up a JustGiving page to fund the treatment and is asking for donations.

They are also being supported by Brain Tumour Research.

Hugh Adams, head of stakeholder relations for Brain Tumour Research, said: ‘We are so sorry to hear of Oliver’s diagnosis.

‘More must be done to develop treatments and improve outcomes for patients like Oliver, so they are not forced into having to travel abroad for care.

‘We desperately need to increase investment in research into brain tumours, as this is how we will find more effective treatments for brain tumour patients and, ultimately, a cure.’