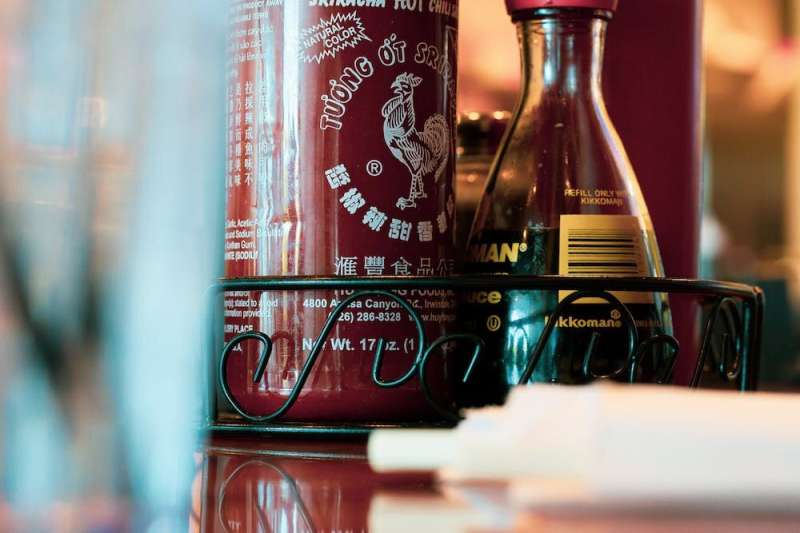 The news of a hot chili sauce shortages earlier this year—due to high temperatures and drought in agricultural regions—prompted warnings to stock up on supplies or forego adding this flavor to your food. But what prompts people to want to do this in the first place?

We are usually born with an aversion to the sensations like the taste of chili on our tongue. This isn’t surprising because the key ingredient in chili is a compound called capsaicin, which causes a painful and even burning sensation when it comes into contact with sensitive areas of our skin, eyes and mouth. Little wonder that it is also a key ingredient in pepper spray.

But in smaller, isosorbide mononitrate dinitrate equivalent tolerable amounts, we can adapt to the sensations evoked by chili and find them desirable.

Chili can even act as a natural opiate, making our bodies release endorphins in a similar way to a “runner’s high.”

We react to capsaicin because we have a family of receptors in sensory nerves lining the epithelial (outer) layers of our skin, naso-oral and gastrointestinal tract. These bind to the capsaicin and relay signals to our brain.

These receptors are temperature sensitive and respond to heat in addition to being activated by capsaicin.

In the case of biting into a chili pepper, the release of capsaicin onto our tongue generates a sensation that ranges from mild tingling to burning heat, depending on the degree to which we have adapted to it.

What distinguishes the sensation compared to other flavors—for example, salty, sweet and bitter—is that it continues long after we have swallowed the mouthful of food containing the chili. This is because capsaicin is soluble in fat so it is not easily washed off from its receptors on our tongue and mouth by drinking water. In this way, the sensation can intensify with further mouthfuls of chili-containing food.

We experience capsaicin as a burning sensation that is amplified when the temperature of the food is hot. Our brain interprets this as both pain and excessive warmth, which is why our facial skin flushes and we start to sweat.

Sounds horrible, so why do some people love it?

Well, firstly, all that burning increases saliva production, a response that dilutes the heat as well as enhancing the ability to chew the food. This also dissolves and spreads other flavors in food around the tongue, which enhances the perception of these flavors.

Some volatile organic compounds with flavor can also rise up from the back of the mouth to the nasal sensors when the food is swallowed. Think of the pungent hit of wasabi that comes with sushi or the complex mix of aromas in a Thai red curry. Relatively bland food like rice has its flavor increased by the addition of chili.

Another factor is that endorphins are released in response to the painful stimulus, which provide their own pain-numbing and mood-enhancing effects. This is a similar situation to people who get addicted to running—the effect of endorphins released by prolonged or intense exercise is to reduce feelings of pain and make us feel good.

People may increase their consumption of chili as their response to capsaicin receptors adapts and they develop more tolerance and preference for the taste and its effects.

However, it is possible to have too much chili, shown in the link between high daily consumption of chili (more than 50 grams—or three or four tablespoons—per day) and declines in memory.

One thing people have noticed as a frequent side-effect of COVID infection and some antiviral treatment is that their sense of taste and smell is temporarily reduced or lost.

While this eventually recovers in most people, it can go on long after the initial illness. This loss of the ability to smell and taste flavors in food (anosmia and ageusia) leads to reduced enjoyment and quality of life.

Researchers have focused on the mechanisms through which the different COVID variants affect olfactory neurons (the parts of the brain that process and respond to smell) and supporting cells in order to find treatments.

These include smell training using essential oils, which may assist people whose smell remains impaired longer than a month post-COVID. Chili might also assist, as a taste enhancer.

One study by a meals company of 2,000 diners with COVID found 43% of them were increasing the amount of chili and other spices they were adding to food to amplify the flavor of meals. Danish experts say eating foods like chili might be useful to provide sensory stimulation to diners when their sense of smell isn’t quite up to scratch.

Provided by
The Conversation

This article is republished from The Conversation under a Creative Commons license. Read the original article.