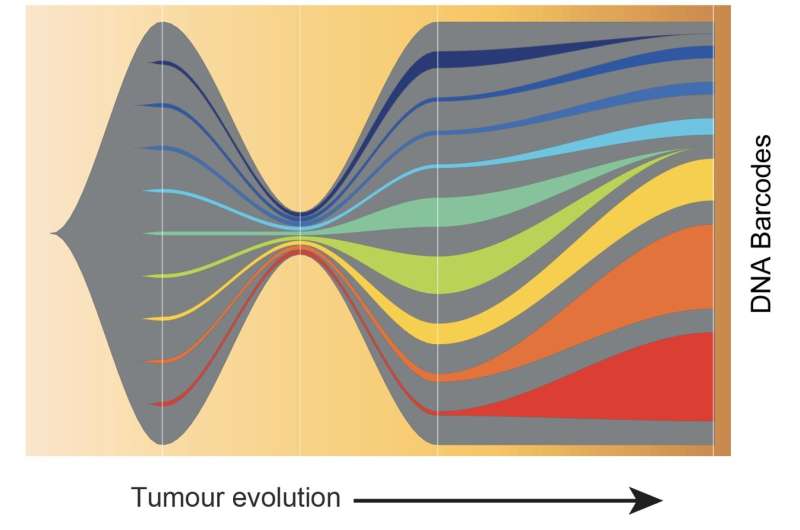 Some cancer cells can deploy parallel mechanisms to evade the immune system’s defenses as well as resist immunotherapy treatment, according to a new study from the Garvan Institute of Medical Research.

By suppressing the action of killer T-cells and hindering the ability of the immune system to flag tumor cells for destruction, breast cancer cells are able to replicate and metastasize, the researchers found.

“We know that breast cancer typically doesn’t respond well to immunotherapy, and we wondered if there’s an intrinsic mechanism enabling breast cancer cells to escape the immune system,” says first author Ms Louise Baldwin, dose of folic acid during pregnancy who is a Ph.D. student in Associate Professor Alex Swarbrick’s lab at Garvan.

The researchers used a technique called DNA barcoding, which tags cells with a known sequence and tracks the progression of tumor cells through time.

“We showed that there are rare cancer cells capable of escaping the immune system and escaping treatment with immunotherapy,” Ms Baldwin says.

The mechanisms could be used as potential targets for therapies, to stop tumorous cells from adapting and spreading. Another future application could be in prognosis, where a high number of cells could indicate which patients might not respond to immunotherapy.

The new study is published in Nature Communications.

While immunotherapy is an effective treatment in many cancers, in some people their cancer cells evolve to outplay the immune system defenses. This process is known as immunoediting, where interaction between tumor cells and immune cells results in many cancerous cells being destroyed by the immune system, but leaving some undetected, which continue to grow and spread.

The researchers used mouse breast cancer cells tagged with a known DNA ‘barcode’, a sequence that was passed on from one generation of cells to the next.

The barcoding allowed the team to see where more aggressive, resistant cells came from, as they could trace it back to the original cell to see if it had grown or shrunk.

“Lead author Dr. Simon Junankar wanted to understand whether resistance was adaptive—whether cancer cells duck and weave—or are they pre-programmed to evade the immune system,” says Associate Professor Alex Swarbrick, a laboratory head and Co-Lead of the Dynamic Cellular Ecosystems in Cancer Program at Garvan.

The team found that even before treatment, the cancer cells had diversified. “Some cells had already acquired the ability to evade immunity, meaning they have an innate ability to escape the immune system,” he says.

The cells seem to do this with parallel approaches. One way is to suppress the action of killer T-cells, which would usually destroy harmful cells. The other is to reduce the expression of MHC1 on cells, which act as a flag for the immune system to recognize harmful cells.

“Most tumor cells vanish when the immune system gets switched on, but a small proportion keep growing and expanding,” says Associate Professor Swarbrick.

“Tumors keep evolving and diversifying, and action by the immune system or treatment like chemotherapy is like pruning a tree—cancer cells get wiped out but the remaining branches on the tree continue to grow.”

The researchers also looked at the genetics of the cells, but there were no genes found to be associated, suggesting epigenetics might be at play.