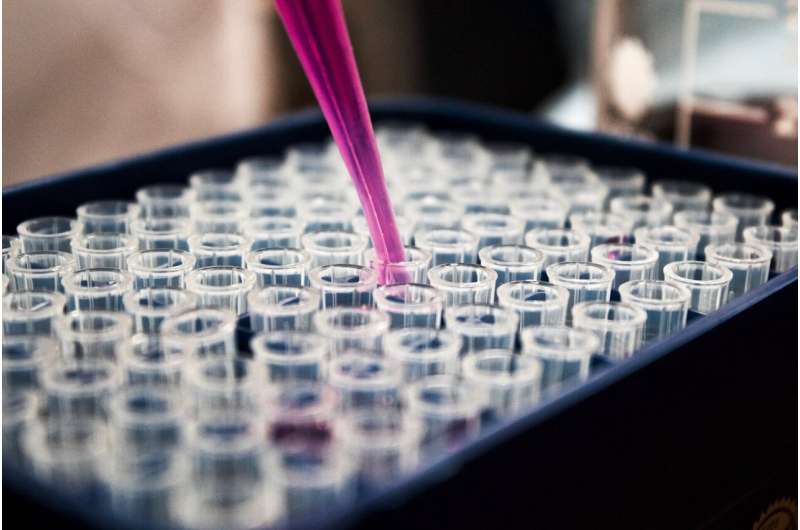 A new therapy that makes the immune system kill bone marrow cancer cells was successful in as many as 73% of patients in two clinical trials, according to researchers from The Tisch Cancer Institute at the Icahn School of Medicine at Mount Sinai.

The success of the off-the-shelf immunotherapy, called talquetamab, was even seen in patients whose cancer was resistant to all approved multiple myeloma therapies. It uses a different target than other approved therapies: a receptor expressed on the surface of cancer cells known as GPRC5D.

Talquetamab was tested in phase 1 and phase 2 trials. The phase 1 trial, which was reported in the New England Journal of Medicine, established two recommended doses that were tested in the Phase 2 trial. The results of the Phase 2 trial were reported at the American Society of Hematology annual meeting on Saturday, December 10. The study participants had all been previously treated with at least three different therapies without achieving lasting remission, suggesting talquetamab could offer new hope for patients with hard-to-treat multiple myeloma.

“This means that almost three-quarters of these patients are looking at a new lease on life,” said Ajai Chari, MD, Director of Clinical Research in the Multiple Myeloma Program at The Tisch Cancer Institute and lead author of both studies. “Talquetamab induced a substantial response among patients with heavily pretreated, relapsed, or refractory multiple myeloma, the second-most-common blood cancer. It is the first bispecific agent targeting the protein GPRC5d in multiple myeloma patients.”

Nearly all patients with myeloma who receive standard therapies continually relapse. Patients who relapse or become resistant to all approved multiple myeloma therapies have a poor prognosis, so additional treatments are urgently needed. This study, while an early-phase trial designed to detect tolerability and find a safe dose, is an important step in meeting that need.

This Phase 1 clinical trial enrolled 232 patients at several cancer centers across the world between January 2018 and November 2021. Patients received a variety of doses of the therapy either intravenously or injected under their skin; future studies will focus on doses only administered under the skin either weekly or every other week

The overall response rate in these two groups was about 73%, Dr. Chari said. The response rate was maintained throughout various subgroups examined, with the exception of patients with a rare form of multiple myeloma that also extends to organs and soft tissues. More than 30% of patients in both groups had a complete response (no detection of myeloma-specific markers) or better, and nearly 60% had a “very good partial response” or better (indicating the cancer was substantially reduced but not necessarily down to zero).

Side effects were relatively frequent, but typically mild. About three-quarters of patients experienced cytokine release syndrome, which is a constellation of symptoms including fever that is common with immunotherapies. About 60% experienced skin-related side effects such as rash, about half reported taste changes, and about half reported nail disorders. The researchers said very few patients (5 to 6%) stopped talquetamab treatment because of side effects.

The response rate observed in the study, which Dr. Chari explained is higher than that for most currently accessible therapies, suggests talquetamab could offer a viable option for patients whose myeloma has stopped responding to most available therapies, offering a chance to extend life and benefit from other new and future therapies as they are developed.