In a recent study posted to the medRxiv* pre-print server, researchers tested the hypothesis that anosmia in severe acute respiratory syndrome coronavirus 2 (SARS-CoV-2)-infected individuals elevates the expression of the odorant receptor, a regulator of G protein signaling 2 (RGS2) in humans. 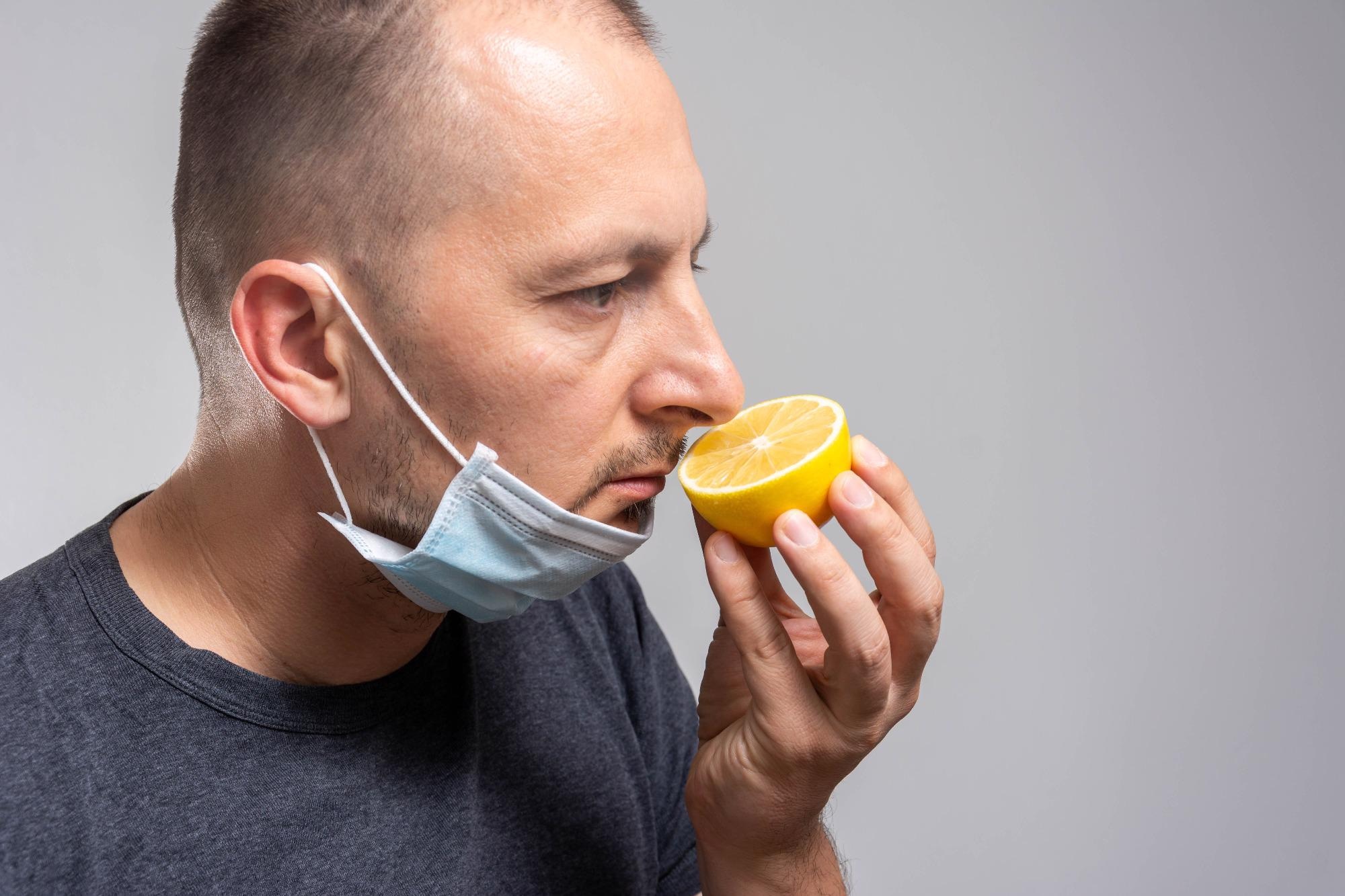 A recent study suggested that anosmia during COVID-19 is a consequence of the downregulation of olfactory receptors. Because nasal olfactory neurons do not express proteins needed for SARS-CoV-2 infection, olfactory deficiency during coronavirus disease 2019 (COVID-19) does not directly damage them. Overall, the exact biological mechanisms governing the frequent and sometimes persistent anosmia in COVID-19 are not understood.

In the present study, researchers collected nasopharyngeal specimens from COVID-19-positive patients and controls not infected with SARS-CoV-2.

First, the team obtained data from the gene expression omnibus (GEO) database of the national center for biotechnology information (NCBI). Next, they analyzed it using ribonucleic acid (RNA)-sequencing to compare the expression of RGS2 in SARS-CoV-2-positive and negative specimens.

The researchers applied a generalized linear model and reported findings for p-value adjusted (Padj)<0.05 in their statistical analysis. In addition, they computed Spearman correlation to identify genes having a strong correlation with RGS2 expression and used Gene Ontology enRIchment anaLysis and visuaLizAtion tool (Gorilla) for gene enrichment analysis.

Furthermore, the authors observed that RGS2 expression was associated with the expression of prostaglandin-endoperoxide synthase 2 (PTGS2), interleukin 1 beta (IL1B), C-X-C motif chemokine ligand 8 (CXCL8), and nicotinamide phosphoribosyltransferase (NAMPT) genes. While RGS2 expression was also associated with the expression of other genes encoding COVID-19-induced immune signaling and inflammation markers; however, the correlation was strongest for CXCL8, which encoded interleukin-8 (IL-8). 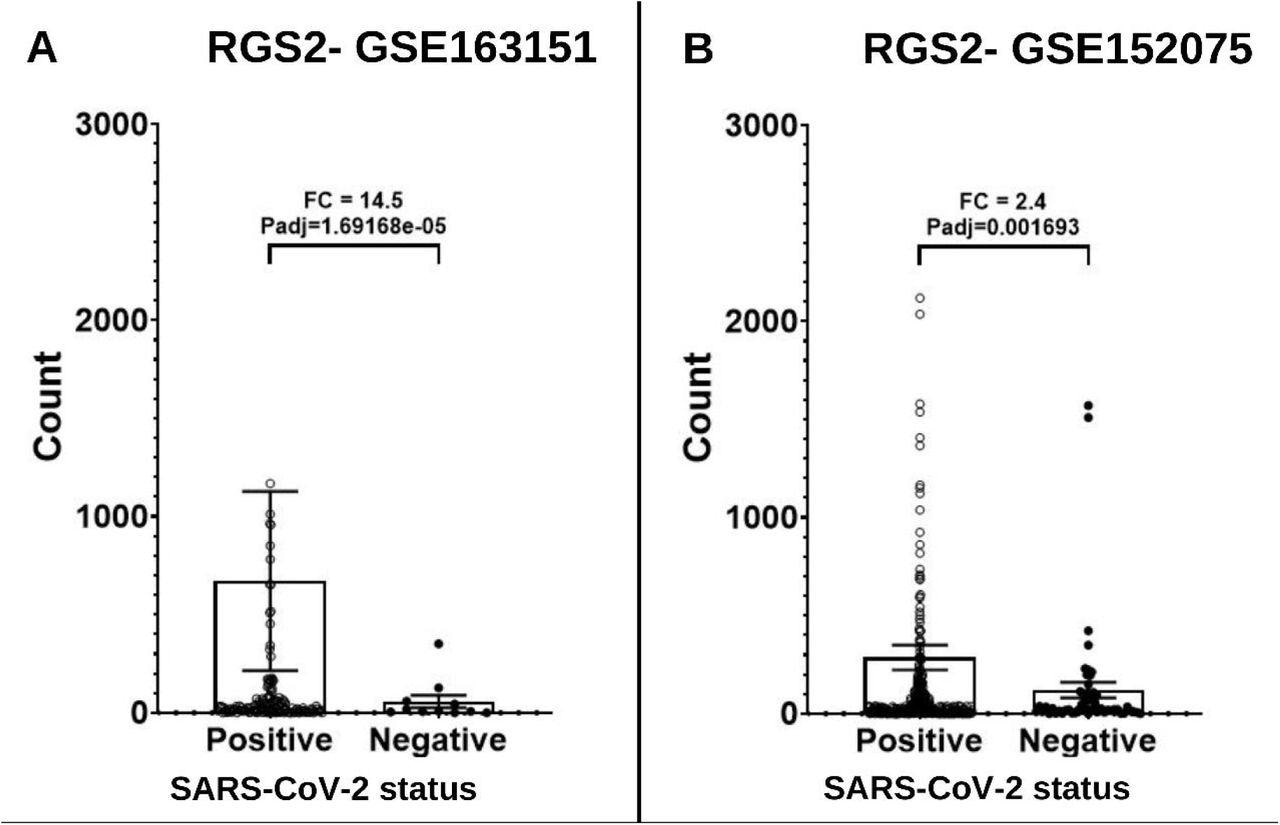 The observed changes in gene expression might also put in perspective the corresponding changes in the expression of exosomal microRNAs during COVID-19. Moreover, RGS2 gene expression was associated with accentuated cellular response to IL-8, neutrophil aggregation, and G protein-coupled receptor activity.

Anosmia is one of the earliest and most common symptoms of COVID-19. Of all the demographic groups, young females exhibit the highest RGS2 expression, and therefore, COVID-19-induced anosmia is much more prevalent in young females.

The current study demonstrated that during the first few hours of getting infected with SARS-CoV-2, when anosmia manifests, RGS2 expression is upregulated, thus confirming the correlation between anosmia and RGS2 signaling.

Future research should investigate the cellular mechanisms underlying SARS-CoV-2 infection-driven upregulation of the RGS2 gene and other genes encoding inflammatory markers. These insights could help better understand anosmia and other neurological symptoms of COVID-19.

Neha is a digital marketing professional based in Gurugram, India. She has a Master’s degree from the University of Rajasthan with a specialization in Biotechnology in 2008. She has experience in pre-clinical research as part of her research project in The Department of Toxicology at the prestigious Central Drug Research Institute (CDRI), Lucknow, India. She also holds a certification in C++ programming.