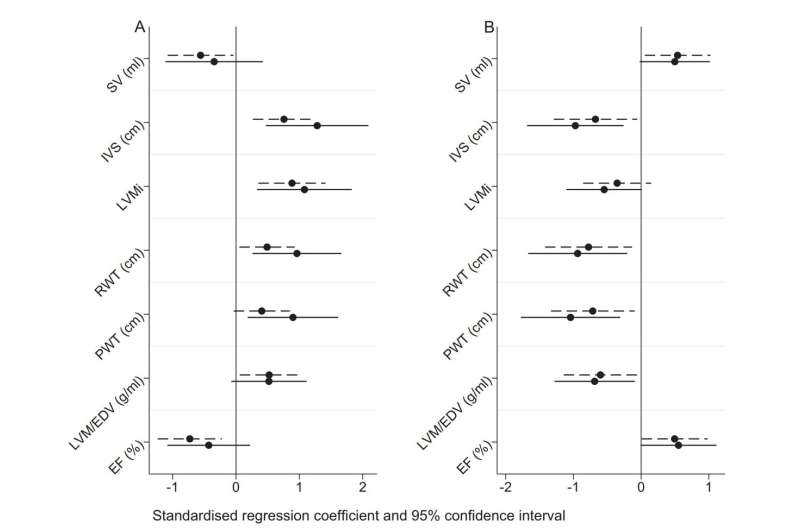 A lifestyle intervention of diet and exercise in pregnancy protects against cardiovascular risk in infants, a new study has found.

The study, lithium ion 2009 published recently in the International Journal of Obesity by researchers from King’s College London, found that 3-year-old children were more likely to exhibit risk factors for future heart disease if their mother was clinically obese during pregnancy. A behavioral lifestyle intervention reduced this risk.

In the UK, more than half the women attending antenatal care are clinically overweight or obese. There is increasing evidence to suggest that obesity in pregnancy is associated with cardiometabolic dysfunction in children, and that serious cardiovascular disease may begin in the womb.

The UPBEAT trial, conducted at Guy’s and St Thomas’ NHS Foundation Trust, randomized women with obesity (a BMI of over 30 kg/m2) in early pregnancy to a diet and exercise intervention or to standard pregnancy care.

The intervention included one-to-one counseling, restricting dietary intake of saturated fat, eating foods with a low glycemic index such as vegetables and legumes, moderate and monitored physical activity and tools to record exercise. The intervention arm saw improvements in weight gain in pregnancy, physical activity, a healthier diet, and a healthier metabolic profile across pregnancy.

Follow-up of the children at three years of age showed that children of women with clinical obesity had evidence of cardiac remodeling, a risk factor for future cardiovascular disease.

Changes included increased heart muscle thickness, elevated resting heart rate, evidence of early impairment to the heart’s relaxation function and increased sympathetic nerve activity (‘fight or flight’ response) compared to women of normal weight. The children of women who were allocated to the intervention arm were protected from these early changes in heart structure and function.

Study lead Dr. Paul Taylor, from King’s College London, says that “maternal obesity appears to adversely impact the developing fetal nervous system and fetal heart development which is apparent up to 3 years-of-age. A complex lifestyle intervention in pregnancy was associated with protection against cardiac remodeling in infants. We can hypothesize that these changes to the heart and its function will get worse over time, putting the child at increased risk of cardiovascular disease in the future.”