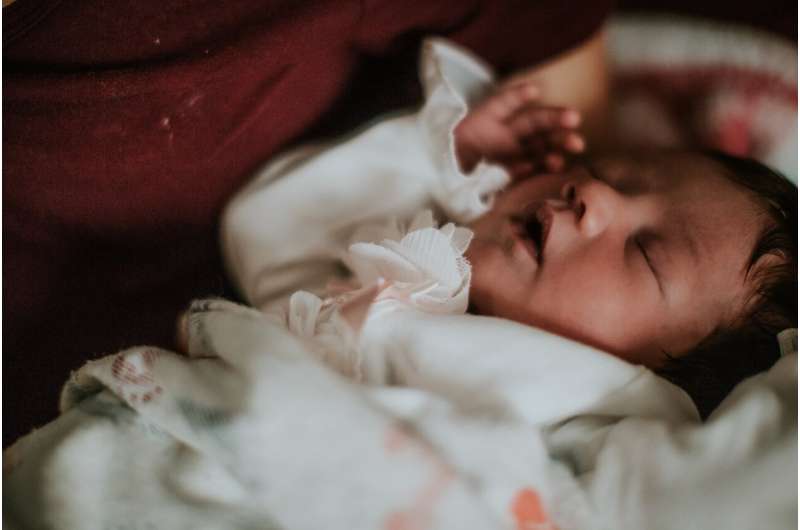 Deakin researchers have examined the extent to which mother-to-infant bonding can help predict the infant’s development, with significant results.

The emotional bond between a mother and their baby is a critical factor in determining how the infant will grow and develop during their early life. But the research into this relationship is severely limited, with a lack of longitudinal studies that examine how the child’s relationship to their birth parent can affect their development over an extended period of time.

Dr. Genevieve Le Bas, a Postdoctoral Fellow, and Associate Professor Delyse Hutchinson, zyrtec overdose 20mg a NHMRC Leadership Fellow, are researchers from Deakin University’s Centre for Social and Early Emotional Development (SEED). Their latest research paper, “The role of antenatal and postnatal maternal bonding in infant development,” recently appeared in the Journal of the American Academy of Child & Adolescent Psychiatry. Their recent study does exactly what is says on the tin, examining the extent to which mother-to-infant bonding can help to predict the infant’s development over time.

As part of their research, birth mothers self-reported how their bond with their unborn child had developed using the Maternal Antenatal Attachment Scale after each trimester during their pregnancies. After they gave birth, they self-reported again using the Maternal Postnatal Attachment Scale when the infant was eight weeks old, and again at twelve weeks old. These figures were compared with the infant’s development after a year, which was assessed during the Bayley Scales of Infant and Toddler.

As a result of their research, Dr. Le Bas and A/Prof Hutchinson found that the strength of the bond between the birth parent and the baby could be measured against indicators of the infant’s social-affective development, meaning it could be used to predict milestones in the child’s early life. It was especially useful in predicting their social-emotional, behavioral, and temperamental changes. Other connections were found between the emotional bond and the baby’s cognitive, language and motor development, but on a much smaller scale.

Dr. Le Bas was excited about the implications of the research. “Results indicate that a mother’s positive perception of her bond to her infant, both antenatally and postnatally, is a marker of more optimal infant social, emotional, and behavioral development,” she said.

“After controlling for maternal mental health, mother-to-child affectional bonding was identified as a unique and potentially modifiable predictor of child social-emotional development.”

The implication is that the findings from this study have opened up another possible avenue for preventive intervention into the child’s development.

Dr. Le Bas outlined some possible ways that this research could be applied to daily life. “Women should be routinely screened for bonding difficulties during antenatal and postnatal care via hospital services, general practitioners, and maternal child health nurses,” she said. “Measures of maternal bonding, such as those included in the current study, could be used to systematically identify mothers who would benefit from additional support and to monitor intervention and treatment progress.”

She added that the findings from the study will be useful to those working in the fields of child psychology and development.

“Findings from the current study are relevant to professionals involved in antenatal and postnatal care, such as hospital services, general practitioners and maternal child health nurses,” she said.