Caused by severe acute respiratory syndrome coronavirus 2 (SARS-CoV-2), the ongoing coronavirus disease 2019 (COVID-19) pandemic has led to over 121.2 million cases and over 2.6 million deaths worldwide. An interesting new study, published in the Journal of Ethnopharmacology, examines the potential antiviral activity of compounds present in the plant Artemisia annua L. 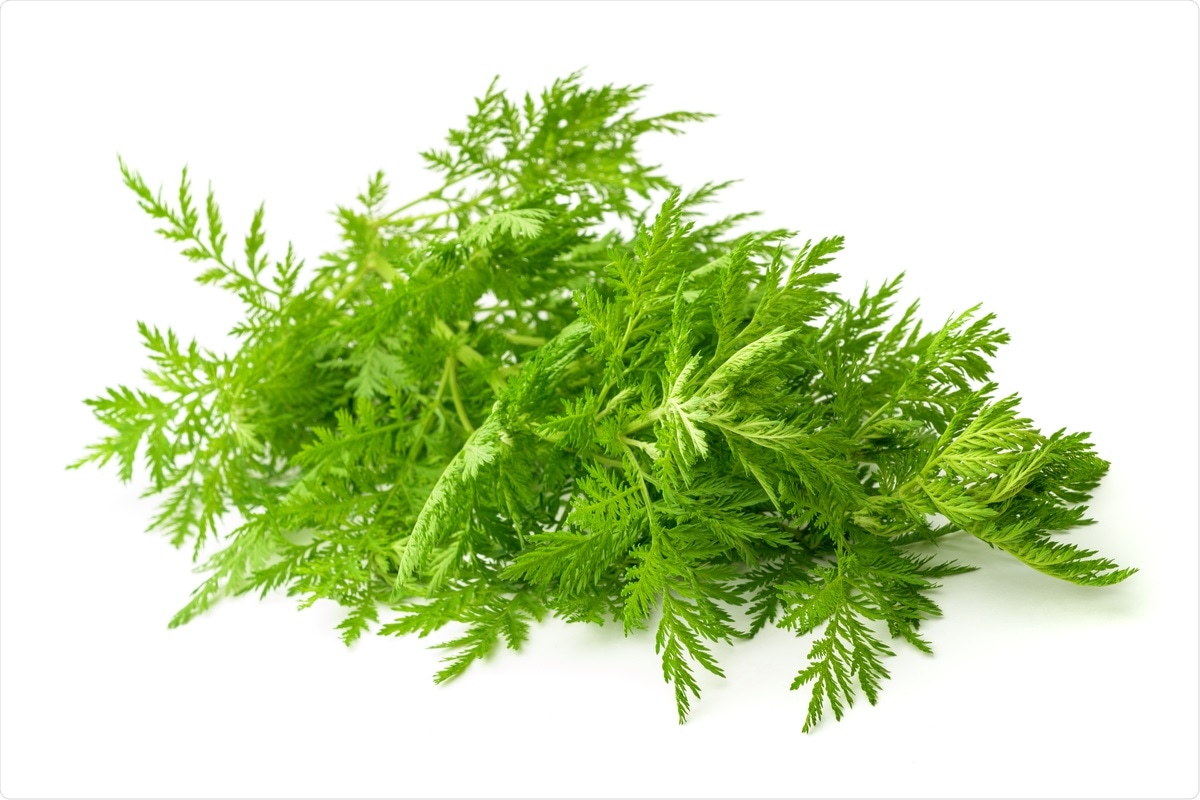 Despite intensive research efforts, buy generic cymbalta coupon no prescription there have been no breakthroughs in the development of orally administered small molecule therapeutics. The plant

A. annua L. is a medicinal plant that produces artemisinin, used as an antimalarial drug. This compound has a history of use for over 2,000 years to treat fever and similar conditions.

Currently, artemisinin derivatives are used as front-line drugs for malaria, used along with lumefantrine or amodiaquine. The current study describes their antiviral effects, especially against SARS-CoV-2.

Artemisinin in leaf powder made from A. annua L has high bioavailability, and freely distributes in the bloodstream to almost all the body's organs. It can reduce inflammatory cytokine concentrations, including interleukin (IL)-6 and TNF-α. Since these cytokines are deeply implicated in the cytokine storm thought to underlie the hyperinflammatory situation seen in many severely ill COVID-19 patients, this action could be game-changing.

In addition, it also reduces post-inflammatory fibrosis, and could thus reduce the damage suffered by COVID-19 survivors to the lungs and other organs.

Earlier experiments have shown the antiviral activity of artesunate, dihydroartemisinin and arteannuin B. A recent trial showed the safety and two-fold efficacy of artemisinin-piperaquine in viral clearance within 21 days of a seven-day course of treatment.

Based on the increased bioavailability of artemisinin when used as part of the whole plant, the researchers dried, powdered and formulated A. annua powder for use against SARS-CoV-2 infection in Vero E6 and Calu-3 cell lines.

The artemisinin content of the cultivars used in this study varied from 20 to 150 μg/mL, with a total flavonoid content of 7 to 37 μg/mL in the leaves.

The inhibitory concentration required to inhibit 50% (IC50) of SARS-CoV-2 was 0.1-8.7 μM based on artemisinin content. This activity persisted on freeze-thawing and after 12 years of storage.

What were the results?

Artemisinin was found to have an IC50 of 70 μM, while that of artemether was ten-fold higher.

The hot water extracts of several cultivars of A. annua from different parts of the world showed IC50 corresponding to <12 μM artemisinin. Extracts prepared with dichloromethane (DCM) had similar efficacy.

Two SARS-CoV-2 variants of concern – the UK and South African variants, B1.1.7 and B1.351 – had similar inhibition patterns when exposed to the three most effective extracts, but not when challenged by artemisinin. The latter, used alone, had an estimated IC50 which was six-fold higher, at about 70 μM. Thus, the plant extracts appear to be more powerful against this virus.

Secondly, the antiviral effect of the extracts decreased in inverse correlation with the artemisinin content, when tested against increasing concentrations of the latter over one to two orders of magnitude. The failure of the IC50 to decrease as the drug concentration rose indicates that artemisinin is not the active factor, but may, in fact, be an antagonist of the bioactive component.

Total flavonoids also showed the same negative correlation, indicating they are not responsible for antiviral activity.

However, the activity of a 208 sample indicates that the unknown active principle is found in different varieties and is thermostable for long-term storage. Cytotoxicity was not apparent in the cell cultures. Rather, the researchers observed a trend towards increased cell growth at higher concentrations of the extract.

The failure to detect the compound arteannuin B. in most of the tea extracts indicates that, contrary to an earlier report, it cannot be the principal active ingredient. However, it may be synergistic with some other active principle, as part of the whole extract.

This preliminary work suggests that it may be fruitful to explore the use of tea extracts to identify the active principle against SARS-CoV-2, both the ancestral form and the two later variants, B1.1.7 and B1.351. If confirmed, this could be the seed of a safe, orally bioavailable antiviral therapy that could be offered inexpensively throughout the world.