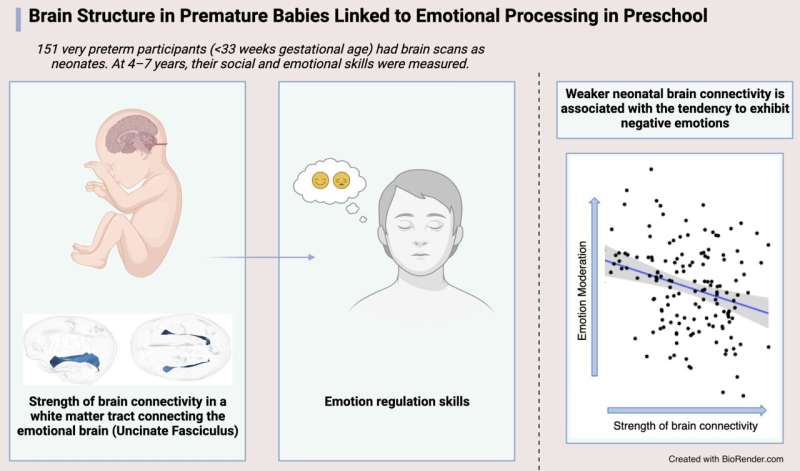 The strength of brain connections at birth may predict the future emotional and social development of babies born prematurely, according to new research published in eNeuro.

Children born prematurely—roughly 10 percent of all births—are at greater risk of developing social and emotional problems. Yet there is no clear way to distinguish between which children will develop impairments and which won’t. Uncovering a biomarker, like brain structure during infancy, would allow susceptible children to receive the support and interventions they need.

Kanel et al. used diffusion MRI to measure the brain structure of premature infants once they reached full-term age. When the infants reached age 4–7, eastern kentucky college of allied health the research team measured their social and emotional skills with a range of behavioral questionnaires. The strength of the uncinate fasciculus—a hook-shaped white matter tract connecting regions involved in emotional regulation—at birth was associated with emotion moderation skills in preschool. Children with a weaker uncinate fasciculus were more likely to interpret situations in a negative light.