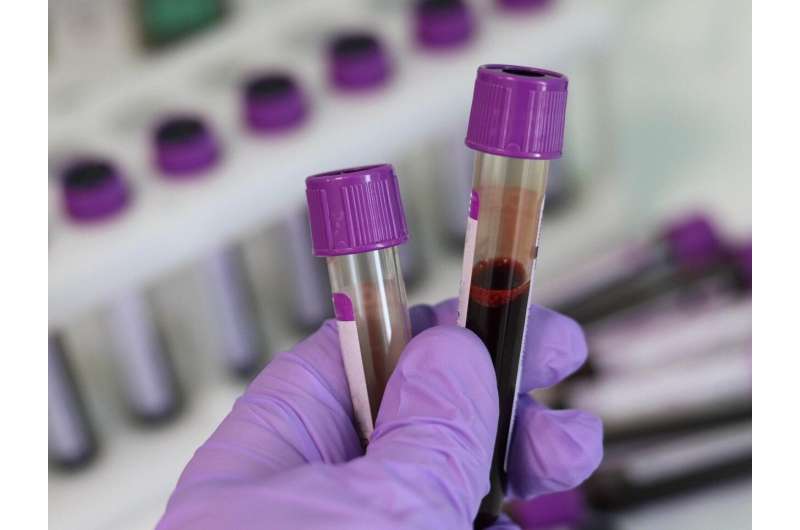 Researchers have identified a combination of biological markers in patients with dengue that could predict whether they go on to develop moderate to severe disease, according to a study published today in eLife.

Biomarkers are used to identify the state or risk of a disease in patients. Examples of biomarkers can include naturally occurring molecules or genes in the vascular, inflammatory or other biological pathways. The new findings could aid the development of biomarker panels for clinical use and help improve triage and risk prediction in patients with dengue.

Dengue is the most common mosquito-borne viral disease to affect humans globally. In 2019, the World Health Organization identified dengue as one of the top 10 threats to global health, with transmission occurring in 129 countries and an estimated 3.9 billion people being at risk.

“While most symptomatic dengue infections are self-limiting, a small number of patients develop complications that usually occur at around four to six days from symptom onset, vibramycin buy online canada ” explains first author Vuong Nguyen Lam, Researcher and PHD Student at Oxford University Clinical Research Unit (OUCRU), Ho Chi Minh City, Vietnam. “Large numbers of patients therefore need regular assessments to identify these complications. The accurate and early identification of such patients, particularly within the first three days of illness, should allow for the appropriate care to be provided.”

The role of blood biomarkers in predicting severe outcomes has been investigated in other studies, but mostly later in the disease progression or at hospital admission. Many of these biomarkers either peak too late in the disease course or have too short a half-life to be clinically useful.

To address this, Vuong and colleagues selected 10 candidate biomarkers from vascular, immunological and inflammatory pathways that are associated with dengue disease pathogenesis. These biomarkers were: VCAM-1, SDC-1, Ang-2, IL-8, IP-10, IL-1RA, sCD163, sTREM-1, ferritin, and CRP. They were chosen based on their likelihood to be increased during the early stages of disease.

The team then conducted a study using samples and clinical information from a large multi-country observational study called “Clinical evaluation of dengue and identification of risk factors for severe disease” (IDAMS study). Of the 2,694 laboratory-confirmed dengue cases included in the IDAMS study, 38 and 266 cases were classified as severe and moderate dengue, respectively.

For the current study, the researchers selected 281 cases in four countries—Vietnam, Cambodia, Malaysia and El Salvador—as the blood samples from these participants were stored at the OUCRU laboratory. For comparison, the team also selected 556 patients with uncomplicated dengue who shared similar geographies and demographic characteristics.