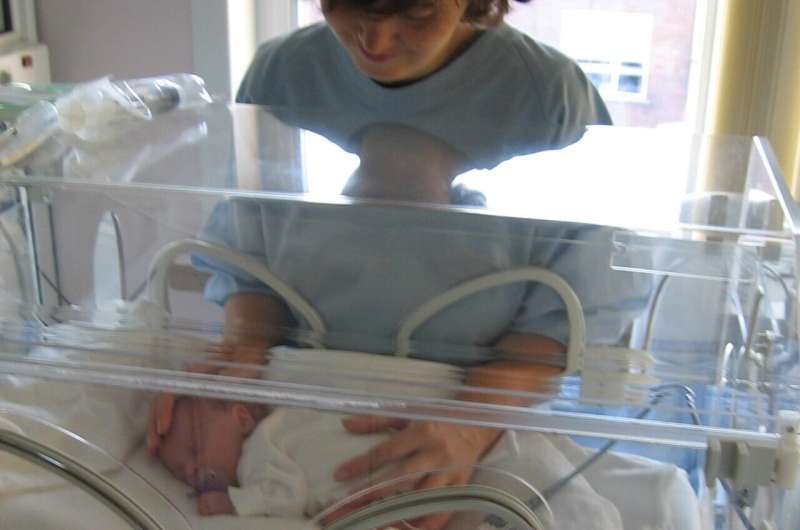 Most babies born prematurely or with health problems are quickly whisked away to the Neonatal Intensive Care Unit (NICU) where they might require assisted heating devices to regulate their temperature. A University of Houston College of Nursing researcher is reporting that the traditional use of cloth blankets and towels during peripherally inserted central catheter (PICC) placement may hinder heat transfer from the assisted heating mechanisms, increasing the risk for neonatal hypothermia. In Advances in Neonatal Care, Huong (Kelle) Phan, clinical assistant professor, reports that a plastic drape lowers the incidence of hypothermia.

When a premature baby’s body temperature drops below 36.5°C, the baby may experience cold stress, which is a cause for concern. The recommended temperature range for postnatal stabilization is between 36.5° and 37.5°C.

Phan’s research project included implementing plastic drapes over three months, buying clomid line during 58 PICC procedures in a Level-3 NICU. A pre-/post-test was used to evaluate the impact of the intervention on hypothermia rates compared with a baseline cloth group and a concurrent cloth cohort.

This evidence demonstrated plastic drapes reduced the hypothermia rate in the NICU for VLBW neonates during PICC placement compared with cloth blankets or towels.

“Phan’s innovative nursing intervention of using the plastic drape during a PICC insertion helps some of our most vulnerable patients, those infants that must be treated in neonatal intensive care units,” said Kathryn Tart, founding dean and Humana Endowed Dean’s Chair in Nursing, UH College of Nursing.