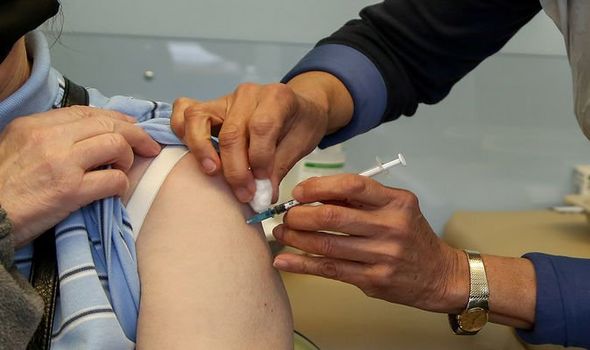 Top medical officer Prof Jonathan Van-Tam warned of “darker winter months” and said that too many people thought wrongly that the pandemic was over.

Health Secretary Sajid Javid cautioned: “We need to stay vigilant as we head into winter. It is crucial we all get jabbed.” The warnings came as a study showed that infection rates more than doubled between September and October.

The REACT-1 study from Imperial College London found one in 58 people had Covid in England late last month, up from one in 120 in September. It was the highest rate recorded by teams who have tracked the virus via millions of swab tests since May 2020.

Prevalence was highest among schoolchildren, where to buy generic clomicalm coupon without prescription at one in 17. That spread is thought to have driven up infection rates in older age groups. Mr Javid said: “We need to stay vigilant as we head into the winter months. Vaccines continue to be our first line of defence against this disease and it is crucial we all get jabbed to keep the virus at bay.

“Whether you have yet to receive your first dose, second dose or if you are eligible for your booster jab – the best thing you can do is get vaccinated.”

After the rapid rise, positivity rates fell towards the end of the latest study period which coincided with school half-term.

Prof Van-Tam, England’s deputy chief medical officer, warned the pandemic is not over. He suggested people wear masks to enter and leave pubs and restaurants, plus when seated in theatres and cinemas, saying that ventilation was the most important factor outdoors.

He added: “If you then went into an indoor setting, which involves food and drink, then it becomes very difficult because you don’t wear them at the table.” He said in cinemas and theatres “you are seated quite close together”.

Prof Van-Tam claimed that public behaviour would be “a big determinant in what happens between now and the darkest months.

“Christmas, and indeed all of the darker winter months are potentially going to be problematic.

“The things that are really going to determine this are, first of all, human behaviours and caution.

“The next one is how well the vaccination programmes go in terms of the boosters, partially [the] vaccinated coming up for their second dose and unvaccinated people coming to be vaccinated…flu vaccines.

“They’re all key things that will put us in the best place for winter.”

He added that in football terms, the UK was “kind of in half-time extra time” but predicted it would be calmer by spring.

Prof Paul Elliott, REACT director, said there was a similar trend last year as rates dropped over half-term. He added: “What happens in the next week, 10 days is going to be really critical.”

There were 41,299 fresh Covid cases confirmed across the UK yesterday and 217 deaths. Prof Van-Tam said daily cases had started to fall, with a large wave of infections among teenagers receding.

He said the total of people admitted to hospital with coronavirus had plateaued in the last few days and the number of patients on wards had fallen slightly: “This could be a pause before things go up [or] it could be the very first signs that things are beginning to stabilise, but at a high rate.

“My worry is that deaths are increasing and that shows that the infection is now starting to penetrate into those older age groups.

The UK’s daily death rate per one million population is lower than many countries in eastern Europe. But it is higher than in most comparable EU nations including France, Germany, Spain, Italy, Sweden and Austria.

More than 8.65 million third doses of vaccines have been given in the UK, including a small number of third primary shots for people with weak immune systems.

NHS England analysis suggests more than two thirds of fully vaccinated over-80s have had a top-up. Almost 66 percent of eligible double-jabbed 75 to 79-year-olds have had the extra dose.

Prof Van-Tam denied the boosters rollout had stalled, adding: “Everyone wants to go faster, but we are now picking up really quite considerable momentum.”

Prof Jeremy Brown, of the Joint Committee on Vaccination and Immunisation, denied the virus was “out of control. The community infection rate is high. If things start to settle down and infection rates and hospitalisations go down, then that’s very encouraging.”