The severe acute respiratory syndrome coronavirus 2 (SARS-CoV-2), which is the virus responsible for the coronavirus disease 2019 (COVID-19), has caused almost 5.2 million deaths and infected almost 267 million worldwide. Despite initial reluctance to advise the universal use of masks, public health experts in many countries are now united in recommending this measure in order to limit the transmission of SARS-CoV-2.

A new Science journal research paper explores the effectiveness of universal masking in reducing the incidence of symptomatic disease. 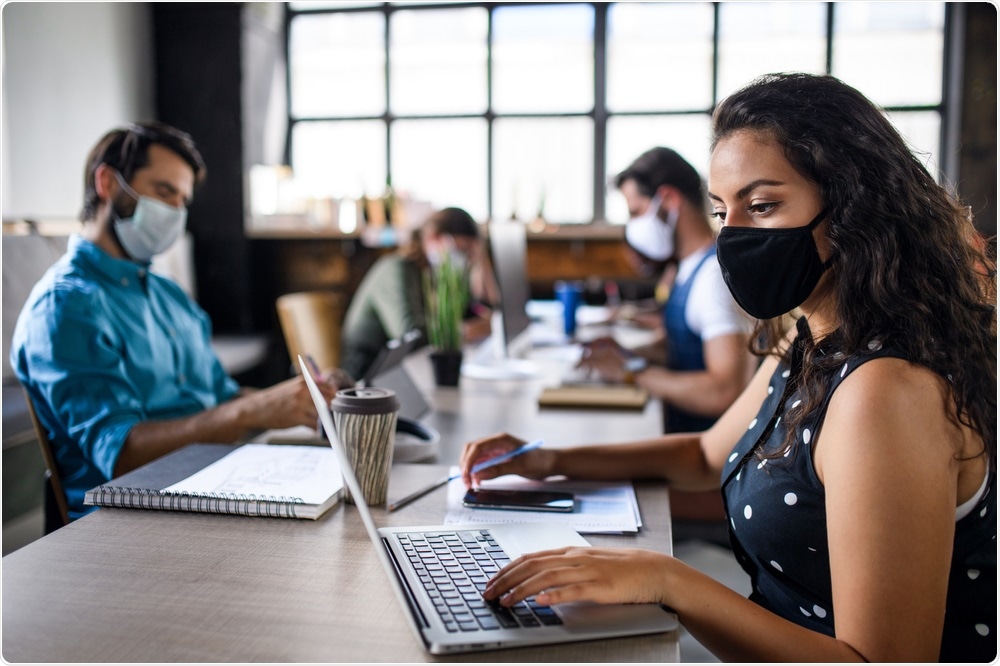 Several COVID-19 vaccines have been rolled out since the pandemic began; however, supply shortages, logistical issues, and vaccine hesitancy have delayed adequate vaccine coverage in many populous regions of the world. As a result, it is important to develop measures to limit viral transmission that are scalable and effective.

Mask use was recommended by the World Health Organization (WHO) following the accumulation of evidence from randomized controlled trials. The delay in this recommendation was because some experts believed that the use of masks would lead to carelessness about physical distancing, amoxicillin side effects rash toddlers thus obviating any protective effects.

Bangladesh has a population of 165 million, and though up to 15,000 cases were being reported per day during the current study period, this is likely to be at least an order of magnitude less than the real count. Mask use was therefore strongly advised by the government from April 2020 onwards. To date, about 80% of people in this nation report that they used a mask.

A formal mask mandate was declared in late May 2020, with surveillance during this time showing that about half of the over 150,000 observed individuals were wearing a mask. Late in June 2020, however, only a quarter was using masks, of which more than one in five were not wearing them properly. This discrepancy between self-reported mask usage and direct observational data is seen in other low- and middle-income countries as well.

The current study reports the results of a trial in which clusters of people were randomized to receive and wear masks or not, with the resulting changes in symptomatic SARS-CoV-2 infection rates being measured. The study took place in 600 Bangladesh villages between November 2020 and April 2021, covering over 340,000 adults.

Both cloth and surgical masks were used in a cross-over pattern, as well as strategies to promote mask use. The investigators also assessed physical distancing in order to test the above hypothesis that mask use would lead to lower social distancing compliance.

The experiment was based on universal mask-wearing, not only among those with symptoms, to test the effects on asymptomatic transmission, which makes up a large share of the overall spread of SARS-CoV-2 via aerosols or droplets containing the virus.

The strategy used by the researchers included household mask distribution with communication about the need to wear masks. Community leaders and officials were recruited for this purpose as well.

A diversity of strategies was tested including verbal commitments, texting messages, and incentives for villages that practiced mask-wearing. These strategies were determined based on pilot study results. as well as scientific knowledge from a variety of disciplines.

This allowed an accurate assessment of the most reliable way to ensure a consistent change in practice, rather than relying on predictions alone.

“Prediction studies we conducted with policymakers and public health experts at the World Health Organization, India’s National Council of Applied Economic Research, and the World Bank suggest that even these experts with influence over policy design could not easily predict which specific strategies would prove most effective in our trial.”

The outcome was measured in terms of symptomatic cases as identified by seroprevalence among the symptomatic. This outcome was determined as a result of the aim of public health policies to prevent symptomatic cases. This approach also ensures greater cost-effectiveness by enriching the pool of individuals to be tested with symptomatic people who are more likely to be seropositive.

The intervention resulted in an increase in the proper use of masks by more than three times, from about one in seven to over 40% in the treatment arm, for an increase of 29 adjusted percentage points. The seroprevalence among symptomatic individuals during this time decreased, with the adjusted prevalence of 90% in the control arm. With the use of surgical masks, the prevalence ratio after adjustment was 65% when compared to the controls.

Mosques, markets, tea stalls, and other sites were analyzed separately and showed the same trend, with mosques, in particular, showing an increase in mask-wearing by 37 percentage points. Simultaneously, it was observed that 24% of people in control villages as compared to 29% in intervention villages practiced physical distancing. More specifically, there was an increase of 5% with mask-wearing, thus contradicting the earlier hypothesis.

Interestingly, physical distancing was never practiced in mosques due to the strong tradition of praying shoulder-to-shoulder, while it was more significant in marketplaces. Mask wearing did not, however, give rise to any change in social distancing; people did not socialize more in public with the use of masks.

Importantly, symptomatic seroprevalence was 0.76% in control villages and 0.68% in the intervention villages. The actual number of seropositive people could be much higher since only a third of symptomatic people agreed to serologic testing.

Overall, with an increase in mask use by 29 percentage points, the symptomatic seroprevalence went down by 9%. The reduction was greater with surgical masks, while for cloth masks the results are more debatable. The greatest impact is among those over 50 years, where surgical mask use caused symptomatic seroprevalence to decrease by over a fifth in those between 50-60 years and a decline of over one-third among those over the age of 60.

It is noteworthy that villages with in-person reminders from people appointed to stop non-mask-users and remind them, as well as local leadership reminding people to wear masks during public concourse, mask-wearing increased. This rise accounted for 19 percentage points of the total increase, which is almost two-thirds of the total effect size. Other strategies did not appear to be useful.

The change was persistent over the ten weeks of the study, even though the free distribution of masks occurred only in the first week. After the end of the study, mask-wearing continued to be higher until it began to wane at 3-4 months. Notably, mask-wearing remained 10 percentage points higher compared to control villages.

While women were more likely to wear masks than men at 31% versus 12%, respectively, men responded more often to the efforts to increase mask use, with an increase by 27 percentage points as compared to 22 for women. However, men comprised both the promoters and the observed population. Villages with very low mask-wearing at baseline showed the highest increase in mask use following the intervention compared to those with a higher initial mask usage pattern.

The cost of this intervention would be about $1.50 per person and between $10,000 and $52,000 per life saved, thereby indicating it is a scalable measure. The key elements include mask distribution and role-modeling, combined with mask promotion. All three factors are considered to be the most effective approaches, whereas public or village incentives and commitments, texting, sending altruistic messages, or offering incentives at the village level were less effective.

While not implying that these measures are useless, the results do show that persistent changes in mask use do not require all these steps. If mask distribution and promotion can be done by existing staff, the cost of this public health measure would further decrease.

The intervention of mask usage allowed 29 more people per 100 to adopt masks for a total of 42%. If universal mask use was achievable, the total effect could have been multiplied several-fold.

The current study demonstrates the clear impact of surgical masks on the symptomatic seroprevalence rates, with a less clear impact when cloth masks are used. This is attributable to the greater efficiency of filtration with surgical masks. The data discussed here supports the use of surgical masks, which are cheaper, more effective, and more often used on a long-term basis.

The relative reduction compared to control villages was 11%; however, among those over 60 years of age, it was 35% versus 23% among those aged 50-60 years. This difference could be attributable to very factors, including that older people may be more cautious about their health or more vulnerable to acquiring respiratory viral infections. Furthermore, transmission through this one route is perhaps enough for older adults to be infected, as they do not socialize much, and simply blocking transmission by one route likely suppresses viral spread through all routes.

“The intervention package would be feasible to implement in a similar fashion in other world regions as well. Beyond face masks, the conceptual underpinning of our strategies could be applied to encourage the adoption of other health behaviors and technologies, in particular those easily observable by others outside the household.”