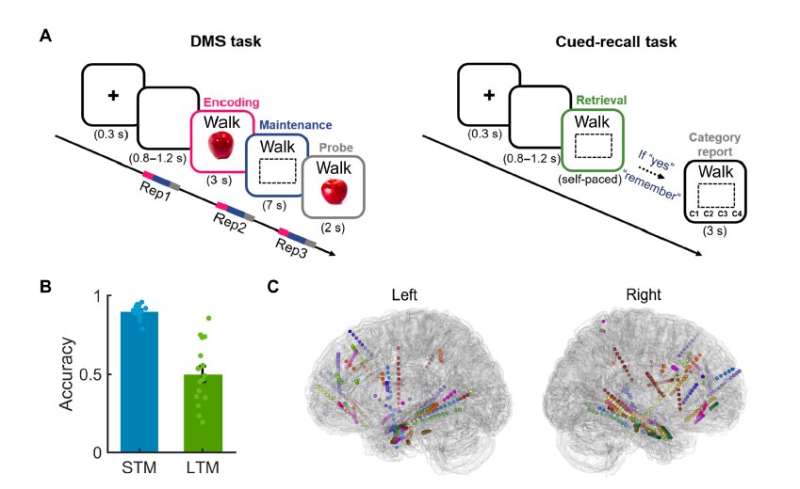 Memory, the human ability to recall things that happened in the past, is one of the topics most widely investigated by neuroscientists and psychologists. Past studies have collected extensive evidence suggesting that memory is a dynamic process, rather than a static one. In other words, instead of merely entailing the storage of events or information in the brain and their subsequent recall, memories appear to be shaped by a series of complex processes, including imagination and emotion.

In recent years, some neuroscientists have been closely examining what happens in the brain while memories are being encoded and retrieved, to better understand their neural underpinnings. They found that the neural representation patterns observed while the same memories are being encoded and retrieved are in some ways similar (i.e., there is an overlap between them), yet from the moment they are stored to when they are recalled at a later point in time, their neural representations can undergo significant transformations.

Researchers at Beijing Normal University and other institutes in China have recently carried out a study aimed at further investigating these findings, to shed further light on the neural mechanisms underpinning the transformation of the neural representations of memories over time and their effects on memory formation. Their findings, presented in a paper published in Science Advances, suggest that memory representations undergo several transformations while they are being encoded and consolidated in the brain.

In their experiments, the team used a technique known as intracranial electroencephalography (EEG), which enables the collection of images of the brain with a high spatiotemporal resolution. Using EEG, they asked sixteen patients with epilepsy who had been implanted EEG electrodes in the brain for clinical purposes to complete a short-term and long-term memory task, where they were shown image and word associations and then asked to recall them after different amounts of time.

Subsequently, the researchers analyzed the recordings they collected while participants completed the memory tasks using deep learning techniques. This allowed them to examine the impact of neural representation transformations on the encoding and formation of memories long-term.

“Combining intracranial EEG recordings with deep neural network models, we provide a detailed picture of the representational transformations from encoding to short-term memory maintenance and long-term memory retrieval that underlie successful episodic memory,” the researchers wrote in their paper.

Jing Liu and her colleagues also compared the neural representations associated with specific experimental items (i.e., images) during the memory encoding, short-term memory maintenance and long-term memory retrieval stages. They specifically examined the unique characteristics of these representations and how they changed over time, to try to gain a better idea of the role of memory transformations across different memory stages.

“Our results suggest that memory representations pass through multiple stages of transformations to achieve successful long-term memory formation and recall,” the researchers wrote in their paper.