As more people receive their doses (or dose) of the COVD-19 vaccine and businesses around the country are beginning to fully re-open, parents and students alike are anticipating schools opening in fall 2021. But a recent poll is showing that the majority of teens are feeling more anxious than excited about heading to their classrooms in the fall. The poll, commissioned by Navigate 360, and conducted by John Zogby Strategies, (in Forbes magazine) reveals that 54% of 16–17-year-olds nationwide are “not prepared to deal with the anxiety of returning” to the classroom. There were 31% of students who said they disagree with that statement. 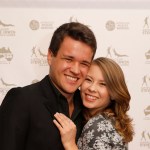 While the transition back to full-time in-person learning is exciting to some kids who have been in quarantine or “quaranteens,” it’s obvious that for the majority of other students the idea of getting back “normal” won’t be that easy. We’ve yet to see the full mental and emotional implications the pandemic has had on all of us — from the youngest kids who missed pre-school to the oldest adults who missed their families — but for school-aged kids and teens there’s an educational and even physical toll they’re dealing with as the fall gets closer.

As parents, we’re hopeful for our children and probably more optimistic about the return to school, buy generic lexapro ca without prescription but is that realistic? According to the study, the level of anxiety teens are feeling is contrary to the 58% of adults nationwide also polled by Navigate 360/John Zogby Strategies who say they are optimistic that “students in (their community) will be able to go back to school next fall.”

But just because kids are returning to school, doesn’t mean they are necessarily looking forward to it.

Among the reasons teens are feeling anxious, according to the poll:

What do teens see as a solution? A majority of the teens want a portion of school time to be spent on their well-being, according to the study, with 52% agreeing that they would “want part of their curriculum to be spent learning about working on my social-emotional well-being.” Further, the same majority of 52% agree that they “believe the training mentioned above is an essential life skill.”

But not all of the teens’ anxiety with returning to school were based on post-COVID concerns. The students polled were still heavy with the issue of bullying. About half (49%) say that they are “aware of (someone in their school) who has been bullied because of race, sexual orientation or income level.”

It’s clear that we’ll be learning about and healing from the mental health impact of COVID-19 for years. Yes, there has been an intense level of educational learning loss that schools and students will have to recover. But if there’s anything that can be gleaned from this study it’s that we all need to try and discuss our feelings and being open and receptive to our children and the challenges they have faced — and continue to face — during this time is a non-negotiable.

These celebrities have led the way in talking to their children about racism.