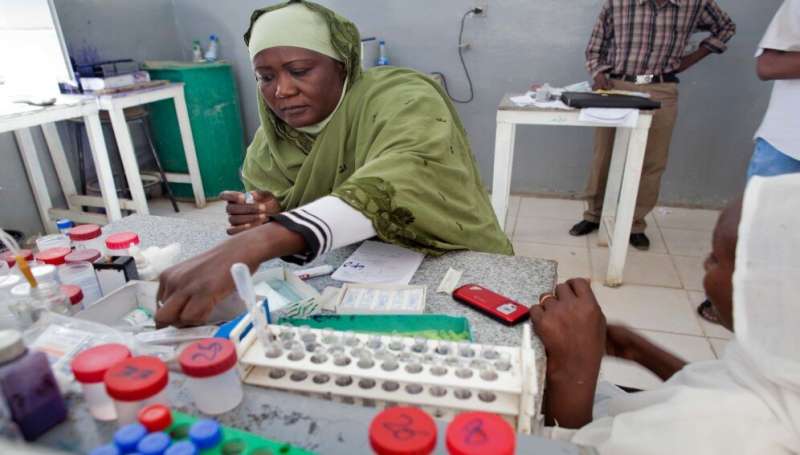 A three-drug regimen for treating drug-resistant TB strains cured 90% of patients and cut down treatment period from about 20 months to six months, a conference heard.

According to the 2020 WHO global report on TB, 206,030 people in 2019 had a severe form of TB called multidrug- or rifampicin-resistant TB, but only 38% were on treatment. In patients with multidrug-resistant TB, medicines such as isoniazid and rifampin do not work or have to be stopped because of side effects.

The study, conducted in three sites in South Africa, amoxicillin and pregnancy second trimester showed that about nine out of ten patients with severe form of TB treated with a six-month, all-oral regimen of pretomanid, bedaquiline and linezolid remained free of TB.

“The [existing course of] treatment is almost impossible to finish, which means that patients do not get cured, and leads to ongoing infections in communities,” says Pauline Howard, principal investigator of the study and senior medical officer at the Clinical HIV Research Unit of the University of Witwatersrand in South Africa. “Most people get drug-resistant tuberculosis from people who have drug-resistant tuberculosis. They do not need to have had previous tuberculosis.”

According to the findings presented at the virtual Conference on Retroviruses and Opportunistic Infections last month, favorable outcomes were sustained 24 months after completion of treatment even among those with HIV.

Howard adds that the current treatment of multi-drug TB is very long—about 20 months, has side effects such as daily nausea, psychosis, with a quarter getting hearing loss, in settings that still use injectables. “There is also the high pill burden of more than 14,000 tablets [that] does not work well, curing less than half of people,” she explains.

Howard says that in the trial involving 109 participants, 98 had favorable outcomes, representing a success rate of 90% at six months after treatment.

She adds, after the end of a study, one participant relapsed 15 months after treatment, one patient who was participating in the clinical research trial could not be located for a follow-up while the rest sustained favorable outcomes 24-months post completion of treatment. Follow-up is the monitoring of a person’s health over time after treatment.

The trial began enrolling participants in 2015 and the study’s results were published in the New England Journal of Medicine last year (5 March 2020) but the two-year follow-up occurred in 2020.

Howard adds that clinical trials are under way in other countries including Georgia, Moldova, and Russia, with operational research programs in Ghana, Laos, South Africa, Tajikistan and Ukraine. Many more are expected to enroll patients this year including in Sub-Saharan Africa.

The study shows that treatment for severe forms of TB can be shortened. It also reduces the pill burden to fewer than 750 pills over the treatment course compared with the 14,000 or more for a patient on alternative treatments. This is particularly promising for Sub-Saharan Africa because of the long and less effective treatment currently available for drug resistant TB.

The 90% success rate reported in the clinical trial means that patients could be able to return to their lives sooner and health systems could be less burdened by long, expensive, and ineffective treatments.

“TB is a lethal pandemic and new, effective treatments are urgently needed. This represents a new treatment option for the deadliest forms of a leading infectious killer,” Howard explains.

Paul Yonga, consultant in infectious diseases and tropical medicine, and consultant clinical epidemiologist at Kenya-based CA Medlynks Clinic, says that treatment success was achieved in a short period with the oral therapy as opposed to the seven-drug regimen currently used by many countries in Sub-Saharan Africa where treatment lasts anywhere between 18 months and two years.

“It is also encouraging that less than 1% of participants in the trial discontinued medication, either due to side effects or loss to follow-up,” he tells SciDev.Net.