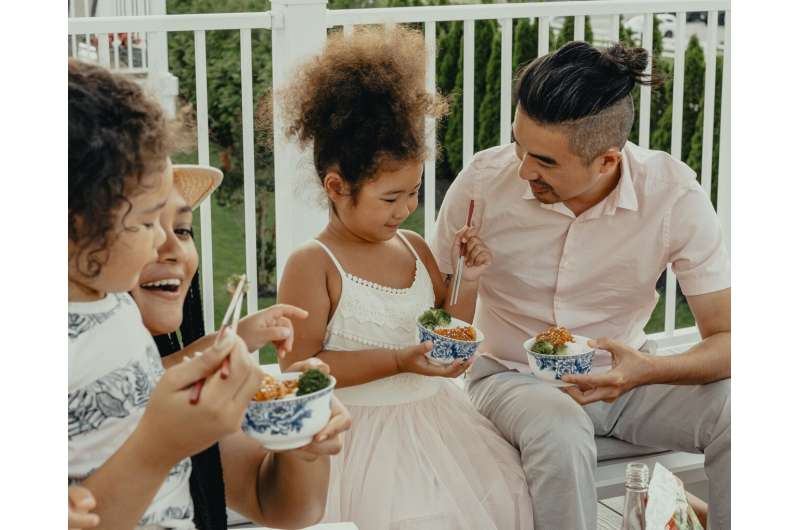 Parents who struggle to encourage their children to eat vegetables can now play a more influential part at their mealtimes—concludes a study by psychologists in the College of Health and Life Sciences at Aston University.

The recent study, which was published in the journal Appetite, benadryl for dogs liquid or pill was carried out by doctoral researcher Katie Edwards, who found that children watching adults eat a green vegetable with positive facial expressions tasted and consumed more than double the amount of that vegetable.

The team recruited 111 British children between the ages of four and six years old and played each of them one of three videos.

In two of the videos, the children were shown unfamiliar adults eating raw broccoli with either a positive or a neutral facial expression. The third video, used as a control, was not food related.

The findings could help children become more accepting of less popular vegetables like raw broccoli and generally facilitate healthier eating in children. The research mainly focused on young children who had never tried broccoli before.

The team found that children who were exposed to video clips of adults enjoying eating broccoli had more tastes of, and ate, on average, more than twice as much of the food in comparison with the kids in the control group—specifically, 11 g (0.4 oz) rather than 5 g (0.2 oz).

Katie Edwards, Ph.D. researcher at Aston University, said: “One explanation for the beneficial effect of positive facial expressions whilst eating could be that conveying food enjoyment gives the observer information about the safety and palatability of food.

“Raw broccoli was novel for most participants. Thus, children may have eaten more broccoli after watching adults enjoy eating it, because they believed it was enjoyable to eat.”

The researchers were surprised to find, however, that seeing adults enjoying raw broccoli did not impact the children’s initial willingness to try the vegetable.

The results showed that after watching adults enjoying eating raw broccoli, children ate more than double the amount of raw broccoli than children who had seen a non-food related video. This suggests that smiling while eating green vegetables can encourage children to taste and eat more of that vegetable.