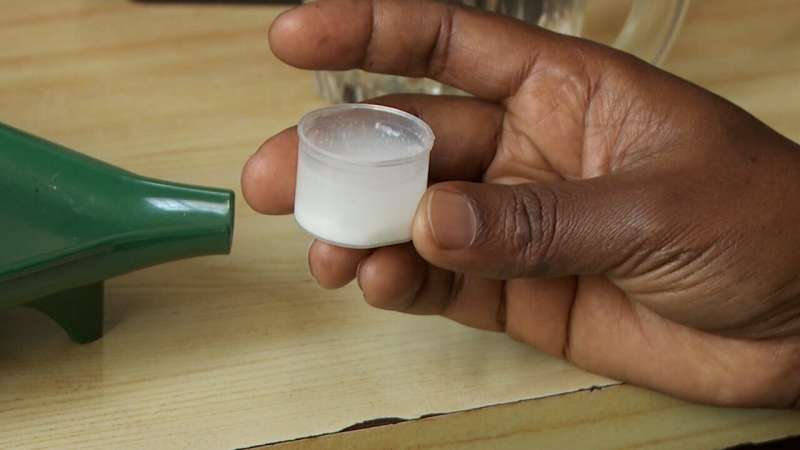 A once-a-day antiretroviral medicine that is low-cost and easy for children to take is also more effective at suppressing HIV than standard treatments, according to a global trial led by researchers at UCL.

The study, published today in The New England Journal of Medicine, found that dolutegravir-based regimens, which are already widely used to treat adults, reduced the chances of treatment failure among young people aged 3 to 18 by around 40% compared to standard treatments.

The findings were based on a randomized controlled trial called ODYSSEY involving more than 700 children from 29 clinical centers in Africa, Europe and Asia, who were randomly given either dolutegravir or standard anti-HIV drugs, and who were followed up for at least two years.

The findings from the trial, amiodarone bolus dilution which was sponsored by the Penta Foundation and funded by ViiV Healthcare, informed new guidance by the World Health Organization, recommending the use of dolutegravir-based treatment for children.

Professor Diana Gibb (MRC Clinical Trials Unit at UCL), principal investigator of the ODYSSEY trial and one of the senior authors of the paper, said, “Our findings provide strong evidence for the global roll-out of dolutegravir for children with HIV.

“Medical treatments for children often lag woefully behind those of adults because of the separate formulations and studies that are needed. With the evidence from ODYSSEY which used simplified dosing, this treatment gap has been reduced and we hope that countries can quickly scale up children’s access to treatment globally.”

Lead author Dr. Anna Turkova (MRC Clinical Trials Unit at UCL) said, “About 1.8 million children live with HIV but they have had limited treatment options, with medicines that taste unpalatable, that need to be taken twice a day, or that come in large pills that are difficult to swallow.

“Dolutegravir is given in small tablets usually once a day and the baby pills can be dispersed in water, meaning it’s a lot easier for young children to take. This is important in encouraging uptake of the treatment and adherence to it over many years. Sadly, only about half of children living with HIV are currently receiving treatment, and those who are not treated face high risks of impaired immunity and worsening health.” 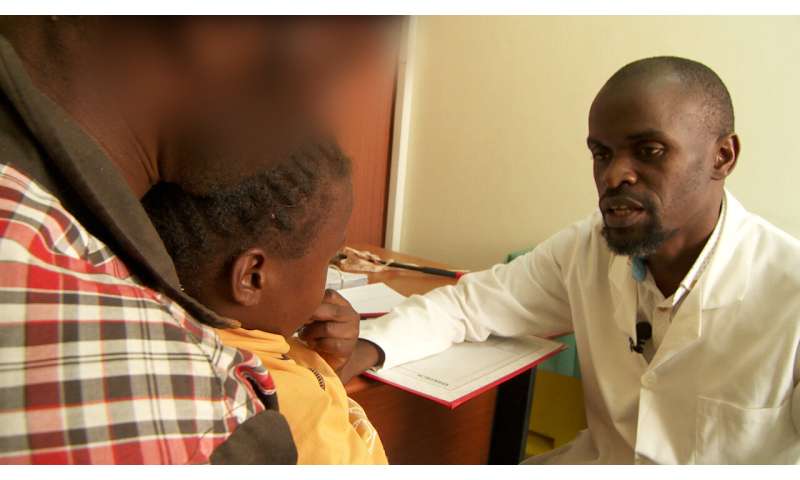 In the study, researchers found that 14% of children receiving dolutegravir experienced treatment failure over two years compared to 22% of children receiving standard treatment. Treatment failure was deemed to occur if the virus became measurable in the blood—i.e. it was not fully suppressed—or if the child had symptoms of HIV-related ill health. Such a failure may be a result of the drug not being taken, as well as the drug not working.

Evidence from adults shows dolutegravir has a high genetic barrier to resistance, meaning viruses are less likely to become resistant to it over time. This was replicated in the ODYSSEY trial, with much less resistance occurring among children and adolescents on dolutegravir-based treatment.

Past studies have suggested dolutegravir may be associated with weight gain among adults but the researchers said the new findings were reassuring for children, with those given dolutegravir gaining 1kg more and growing 1cm higher over two years—both indicating better growth rather than abnormal weight gain. Children in the dolutegravir arm had better lipid profiles, meaning lower risk of cardiovascular disease in the long term.

In the main trial, the children all weighed over 14kg and most were aged six and over. The therapy’s effectiveness was also looked at among young children and babies weighing under 14kg, enrolled as a separate group in the trial; results are yet to be published.

The trial participants were enrolled in Uganda, Zimbabwe, South Africa, Thailand, the UK, Spain, Portugal and Germany. Most of the participants were based in sub-Saharan Africa, where most children living with HIV are.

Earlier findings from the ODYSSEY trial showed that children weighing 20kg or more could safely take adult-strength tablets of dolutegravir, informing WHO dosing guidance and contributing to new licenses for the drug in the United States and Europe during 2020.

Dr. Cissy Kityo, from the Joint Clinical Research Centre in Uganda, the country enrolling most children into ODYSSEY, said, “Simplifying the dosing is crucial. Older children being able to take the same tablets as adults immediately opens access to dolutegravir for the majority of children living with HIV. It greatly simplifies procurement for national health systems in low and middle income countries and lowers costs.”