After my heart op, my memory was so bad I forgot I’d written a book! The experience of novelist IAN ROSS highlights a common but little-known effect. So why on earth does it happen?

My surgeon had warned me some memory loss was possible after open-heart surgery — I just didn’t realise quite how extreme it might be.

Within three weeks of my discharge from hospital, I stood embarrassed at a till in M&S having forgotten a PIN I had used for years.

I also couldn’t recall the passcode on my home’s alarm system, generic version voltaren gel and twice I stood outside my home as the bells rang out and I was denied entry. I even struggled to remember my own brother’s name on one occasion after ringing him.

But just how badly my memory had been dented became apparent a month after I’d been discharged from Broadgreen Hospital in Liverpool — when I became, as my publisher neatly put it, ‘the man who forgot he wrote a novel’.

I was clearing out my laptop in readiness for the arrival of a new model when I came across something I did not recognise. 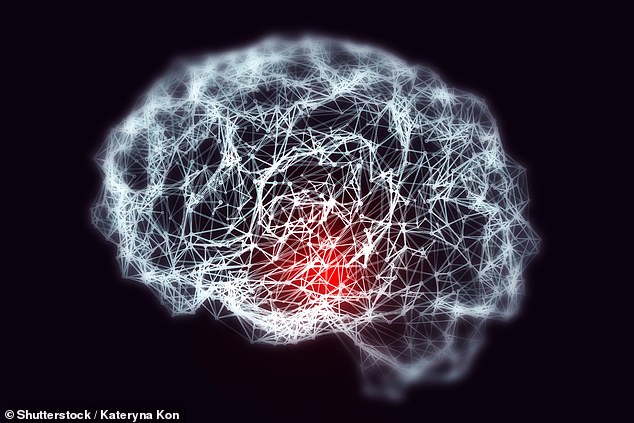 My surgeon had warned me some memory loss was possible after open-heart surgery — I just didn’t realise quite how extreme it might be. Within three weeks of my discharge from hospital, I stood embarrassed at a till in M&S having forgotten a PIN I had used for years [File photo]

Having waded through a predictable mountain of files relating to my previous job as Everton Football Club’s director of communications, I came across a word document labelled ‘For The Good Of All (Die Glocke)’.

After clicking on the ‘open’ button, I sat back and stared at what appeared to be the first page of a piece written by me.

My name stood below the title, and having Googled ‘Die Glocke’ I now knew it to be German for ‘the bell’. The document was long — 125,000 words — but I simply could not remember writing it.

By checking when the various chapters had been written, it became clear that the entire piece had been completed in a seven-week period shortly before I underwent major heart surgery in early 2017.

At the age of 60, I had developed chest pains when walking or mounting stairs and after seeing my GP I was referred for an angiogram (an X-ray that can detect blockages in arteries).

This showed I had severely damaged arteries, which led to an immediate appointment with Andrew Muir, a consultant cardiac surgeon at Broadgreen who told me: ‘You are lucky not already to have had a heart attack — and a big one.’

My arteries were so blocked I needed heart bypass surgery urgently. Also known as coronary artery bypass grafting (CABG or, as it is not too surprisingly known in the medical world, cabbage) the idea of this is to redirect blood so that it bypasses a section of a blocked or partially blocked artery in the heart.

The procedure involves taking a healthy blood vessel from the leg, arm or chest and connecting it below and above the blocked artery. My knowledge of the human heart is limited, so, assuming as I did from talking to fellow sufferers that the maximum number of bypasses possible was three, I was amazed when Mr Muir told me that I required five.

It comes with manifold dangers. ‘Two per cent chance of dying during surgery, smaller chance of a stroke during your recovery period and the possibility of slight, initial brain damage which would likely manifest itself in memory loss,’ Mr Muir warned me.

I made it through the nine-hour operation without any apparent complications, and all seemed well until 24 hours later I began to point to my throat and was struggling to breathe.

I had contracted the superbug MRSA. This had attacked my lungs, which promptly began to collapse. I spent the next three weeks in a medically induced coma attached to a ventilator, and on two occasions my family was told that there was a strong chance I might die.

However, after seven weeks in intensive care I was allowed home, almost 2 st lighter.

The first indication that my memory — or my cognitive ability — had been affected by the surgery was not the discovery of my novel, but my failure to remember the name of a Hollywood A-lister.

A week into my protracted convalescence, I was watching the film The Matrix, staring at it but failing to come up with the name of the leading actor. It was Keanu Reeves, but his identity was lost in a confusing and upsetting fog. 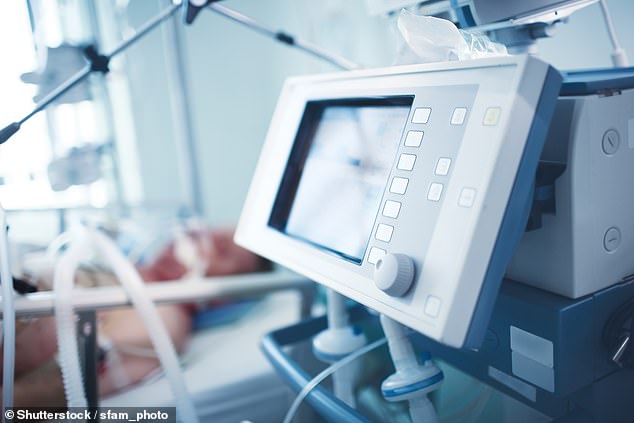 I made it through the nine-hour operation without any apparent complications, and all seemed well until 24 hours later I began to point to my throat and was struggling to breathe. I had contracted the superbug MRSA

My pre-illness memory had always been sharp. As I’d been warned of the likelihood of short-term memory loss, I shouldn’t have been either surprised or worried by such instances, but I was.

I felt uncharacteristically vulnerable — thrilled to discover that I had penned a novel but worried about what other precious memories may have slipped away.

Memory loss after open-heart surgery was first flagged up 20 years ago in a journal, following a study at Duke University Hospital in North Carolina, U.S., which revealed that cognitive impairment can be ‘surprisingly frequent and quite persistent’.

In the study, 261 people had their ‘cognitive capacity’ tested before surgery, then again six weeks later, six months later and at five years after their heart surgery.

The researchers found that 42 per cent of patients had at least a 20 per cent drop in test scores after surgery, and that in many cases the reduction in cognitive capacity persisted for five years.

There are countless theories about the cause of this phenomenon. During a bypass procedure the heart is temporarily stopped and a heart-lung machine takes over its work, helping to keep blood pumping around the body.

One possibility is that the blood’s contact with this machine triggers an inflammatory response that goes on to affect the brain, causing temporary memory problems.

Yet Mr Muir says there is no doubt that post-heart surgery memory loss is a reality, although it is usually short term and any lasting, permanent damage is, he insists, exceedingly rare.

‘Memory loss after heart surgery is an accepted fact and a worldwide experience for many thousands of people,’ he says. ‘If there is a problem with memory, it usually manifests itself immediately after the patient has recovered consciousness and during a recovery period which can sometimes be days, sometimes weeks.’

This memory loss, known as post-operative cognitive dysfunction (POCD), affects a substantial number of older adults after any form of surgery, says Mr Muir, even if the problem is little-known.

Some patients with POCD experience memory problems, others have difficulty multi-tasking and learning new skills.

The fact I’d been placed in a coma may have contributed to my memory problems, because according to Mr Muir, when putting patients into a coma, ‘we always try to keep that sedation at the lighter end of the scale, that isn’t always possible.’

‘The likelihood of chemicals remaining in a patient’s system and so affecting memory increases in direct proportion to the length and depth of the coma.’

Most patients who are placed in a coma are offered aftercare for post-traumatic stress disorder (PTSD).

Part of that treatment is to go back to where you were treated. And so, six months after my operation, I returned to hospital in an attempt to fill in some blanks.

It was a curious experience. As I walked through the intensive care unit, smiling nurses who remembered me walked towards me with open arms to welcome me back.

Some I remembered — vague, shadowy figures who had been at my side as I made the journey back from the darkness of a coma to the real world — but most I did not. I can’t say it really helped.

What helped was time. Gradually, over five or six months, my memory was back to normal.

Separately, I still suffer from coma ‘flashbacks’, the re-running of the unpleasant and often terrifying episodes which served to shatter the myth that time spent in an induced coma can be likened to a long and peaceful sleep.

But the good news is I can now remember my brother’s name and even my PIN. However, I still cannot recall writing my novel.

Medical treatments that might make your stomach turn: This week: Faecal transplants for gut infection

The bacterial infection Clostridium difficile (C.diff) can cause diarrhoea and abdominal pain and in severe cases, weight loss, fever and blood loss.

While antibiotics can help, they do not work for everyone. For chronic infections there may be an alternative — a study published in 2018 in the journal Gut showed that a treatment using faeces (called faecal microbiota transplant, or FMT) cleared symptoms in 90 per cent of patients. FMT is now offered on the NHS.

The samples are donated by people who go through vigorous health screening — the treatment is administered either via capsules, direct application into the back passage or a tube into the stomach.

Dr Simon Goldenberg, a consultant microbiologist at Guy’s & St Thomas’ NHS Trust in London, says: ‘Antibiotics are the most common treatment but because these also affect the beneficial bacteria in the bowel, it recurs in 20 to 30 per cent of people. FMT helps restore levels of beneficial bacteria which compete with the disease-causing bacteria. We only offer FMT to patients who have not responded to antibiotics and who have had at least three episodes of C.diff.’