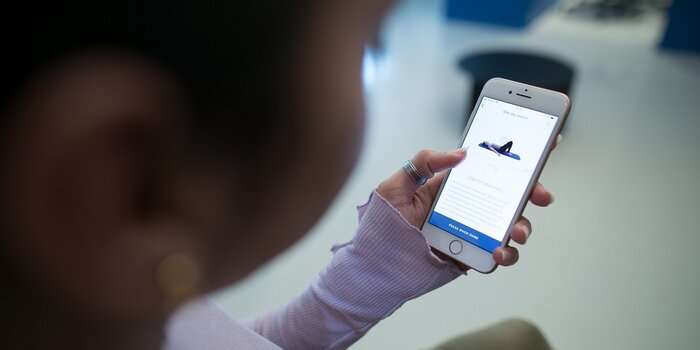 Many people are afraid to be physically active when they experience back pain, but reducing the activity level often prolongs or even aggravates the condition.

“We can do a lot ourselves to reduce back pain through exercise and lifestyle adjustments,” says Paul Jarle Mork, a professor at the Norwegian University of Science and Technology’s Department of Public Health and Nursing. “A better understanding of the possible causes of back ailments also provides a better starting point for dealing with the pain on your own. However, self-management can be difficult to implement without any kind of help or support along the way.”

Professor Mork has collaborated with Kerstin Bach, an associate professor at NTNU’s Department of Computer Science, to lead the work of developing the system for a new app called selfBACK.

The solution will enable more people to deal with back pain in a better way, and could potentially bring huge savings for people’s working life and for society.

Advice tailored to your back problems

“Hundreds of health apps are already available for mobile phones. But the selfBACK app stands out by being based on sound scientific evidence,” says Mork.

The app explains what back pain is, and it tailors advice and feedback to actions you can take to deal with the pain, including physical activity and exercise.

Each week, the app provides you with your own customized plan to follow. Since the app uses artificial intelligence and draws on other people’s experiences with back pain, the advice you receive will be specially personalized for your needs.

“So before you start to use the app, you have to answer some questions, including about your lifestyle and specific back problems. The app compares your answers to those of other app users, and to the results they’ve achieved by using the app. This is how the app can adapt the advice for you,” says Bach

Many study participants felt much better

To evaluate the effect of the selfBACK app, the researchers conducted a randomized controlled trial that included 461 patients with back pain from Norway and Denmark.

Participants reported on their progress after three, six and nine months of using the app.