It seemed like money well spent, when Sabra paid millions to book a 30-second slot for the 2020 Super Bowl.

For one thing, the game drew an audience of 99.9 million, meaning it delivered on its promise of getting the hummus brand’s name before a broad public.

Then there was the ad itself. Unlike so many other commercials, Sabra’s received a lot of attention, drawing praise for its message of inclusion amid some backlash from a conservative activist group over the presence of two drag queens from “RuPaul’s Drag Race.”

Despite the marketing win, Sabra has decided to sit out the 2021 game, along with past Super Bowl advertisers such as SodaStream and Avocados From Mexico. Many companies are wary of paying CBS roughly $5.5 million for a 30-second slot when the pandemic has complicated the annual day of football and feasting.

What if there’s a surge in coronavirus cases in the days leading up to the Feb. 7 game? How should a company market itself in a specially made commercial for an audience that has been through more than 300,000 pandemic-related deaths in the last year? Will a funny commercial seem insensitive? Will a somber ad come across as merely depressing?

And what if the game is canceled?

These questions and more have led to hesitation among advertisers. This is the time of year when many companies are fine-tuning big-budget commercials for what is traditionally the biggest advertising event of the year. But in mid-December, CBS still had dozens of openings, according to two people familiar with the sale process. Fox, the broadcaster of last year’s game, had sold all of its 77 national advertising slots by Thanksgiving 2019.

Hyundai Motor America, whose Boston-accented 2020 Super Bowl commercial was one of the most viewed ads on YouTube this year, said it was weighing its options.

“We’re not sure what the Super Bowl is going to look like,” Angela Zepeda, the company’s chief marketing officer, said. “It’s a big moment for a brand to stand out, but it’s also a lot of expense for one day. If it was a normal year, it would be yes all the way, but there are still too many unknowns for us to commit.”

Companies are also worried that the Super Bowl broadcast may suffer without the energy of a stadium packed with fans. The virus may also cut into the usual viewing parties, bringing the excitement down another notch.

Frequent Super Bowl advertisers including Anheuser-Busch, Pringles and Toyota have committed to appear again, but they face uncertainty after a topsy-turvy National Football League season of relocated teams, rescheduled games and sick quarterbacks. Media buyers said the big game could move to Feb. 28 if the pandemic forced a postponement. Their clients’ contracts with CBS include money-back stipulations if the Super Bowl is canceled, they added.

Advertisers spent a record $489 million to book slots on the 2020 broadcast, according to the research firm Kantar. They spent millions more to produce the commercials and on related promotions, paying to feature the ads on YouTube and to distribute marketing materials to stores across the country.

“It’s just a massive endeavor, like a military operation, to synchronize all of these steps,” said Kevin Krim, the chief executive of EDO, a TV ad measurement platform that works with networks and advertisers. “You don’t have a lot of give here. By this point in time, if you haven’t already shot and edited your Super Bowl ad, you’re running late.”

Avocados from Mexico, a nonprofit marketing organization linked to an import group, has participated in the Super Bowl broadcast every year since 2015, but is stepping away from the next one. “There’s a big benefit to being in the Super Bowl, but there’s also a cost,” said Kevin Hamilton, the organization’s head of brand marketing. “We thought that this would be a good year for us to try a few different things.”

Still, at a time of watch-when-you-want streaming shows and fractured viewing habits, the Super Bowl is one of few events that attract tens of millions of live viewers — a “marquee moment,” said Cathleen Ryan, the vice president of marketing of Intuit, the company behind TurboTax. 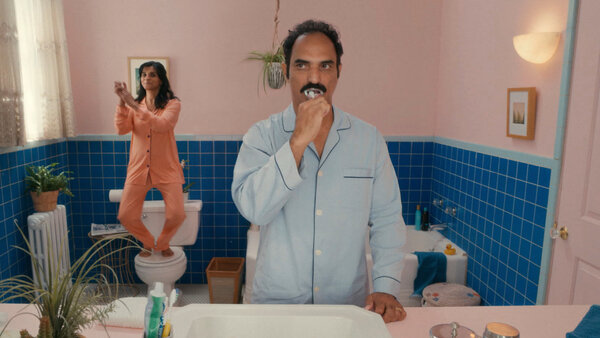 The TurboTax commercial for the last Super Bowl was crowded with all kinds of people doing club-worthy dance moves. The 2021 version involved a scaled-down film set, with fewer people in person on either side of the camera, Ms. Ryan said. The company is also spreading the wealth by making sure it has a strong presence on social media and other platforms.

For Pringles, back for its fourth Super Bowl, the game is “an opportunity you don’t get for the balance of the year, the one moment in time where a lot of people are going to watch your advertising,” said Gareth Maguire, the company’s senior marketing director.

Pringles will try a lighthearted ad, to highlight its first makeover in 20 years.

“We don’t want to make it look like we’re not reflecting on what has happened — obviously, we are,” Mr. Maguire said. “But within the context of the game, we hope to bring some fun again.”