How productive was your day?

It’s a complicated question, especially for some remote workers over the past year and a half.

Part of the problem is the definition of productivity. As a macroeconomic measure, it means the total output per hour of work. That is, the number of, say, frying pans a worker can make in an hour. The data is reported on a quarterly basis by the Bureau of Labor Statistics, and economists use it to determine a society’s efficiency and whether its standard of living is rising.

On a deeper level, measuring productivity is much more complex. How do you measure the productivity of a security guard, for instance, or a neuroscientist?

In any case, during the pandemic, this type of labor productivity has appeared to boom.

“I am more optimistic about productivity growth now in the middle of 2021 than I was two years ago, before the pandemic,” said Chad Syverson, a professor of economics at the University of Chicago Booth School of Business.

Productivity has another meaning, however, one that has spilled into the self-help aisles with titles such as “How to Be a Productivity Ninja” and “Work Smart Now.” Productivity in that sense has become a valorized buzzword, with a whole ecosystem of coaches and consultants to help people squeeze one more to-do list item out of an afternoon.

Though the word is the same, the economy’s output in a quarter is not the same as what any individual achieves in a day. But the gap between the two ways of thinking about productivity may be warping our personal sense of how much we are getting done. The pandemic has not helped.

“One test of ‘how productive is the pandemic economy’ is just ask a bunch of people are you better off now than you were two years ago — I think most people would say they’re miserable,” said Gregory Clark, an economics professor at the University of California, Davis, who has studied productivity during the Industrial Revolution. “We’re somehow not capturing some elements of the situation with the conventional measures.”

Workers on the whole say in surveys that they are more productive working at home. But those working remotely have had to contend with more interruptions and immediate concerns like child care. The blurring of work-life boundaries has made it harder to assess how much work per hour is getting done in a day. A lack of motivation after a year and a half of pandemic ennui may also be curtailing how much a subset of workers is accomplishing. Even those who say they are just as productive may feel lonelier, less fulfilled and less engaged.

Americans have long viewed productivity as a virtue on par with waking up at dawn or eating salad. Benjamin Franklin, in his autobiography, outlined a daily schedule that began with the question, “What good shall I do this day?” and included waking up at 5 and filling every hour until 10 with work or other tasks.

Mr. Franklin was certainly not the only person partitioning his time. “In fact, many people in the eighteenth century (men and women) tended to parcel out the hours in the day in order to create the greatest opportunity to complete tasks,” Carla J. Mulford, an English professor at Pennsylvania State University and a scholar of Mr. Franklin, said in an email. “If they didn’t have a clock in their home, they listened to the church bells. Failing that, they watched the sun in the sky in order to know when to stop doing one thing and start doing another. Farmer’s almanacs across the years are proof of this.”

Mr. Franklin’s version of personal productivity — what a person actually does in a day — has been the operational definition, applied to entire industries. As the world has become more complicated, and people have come to think of themselves as much more than the tasks they are checking off each day, applying the traditional meaning of productivity to individuals has perhaps become more challenging. 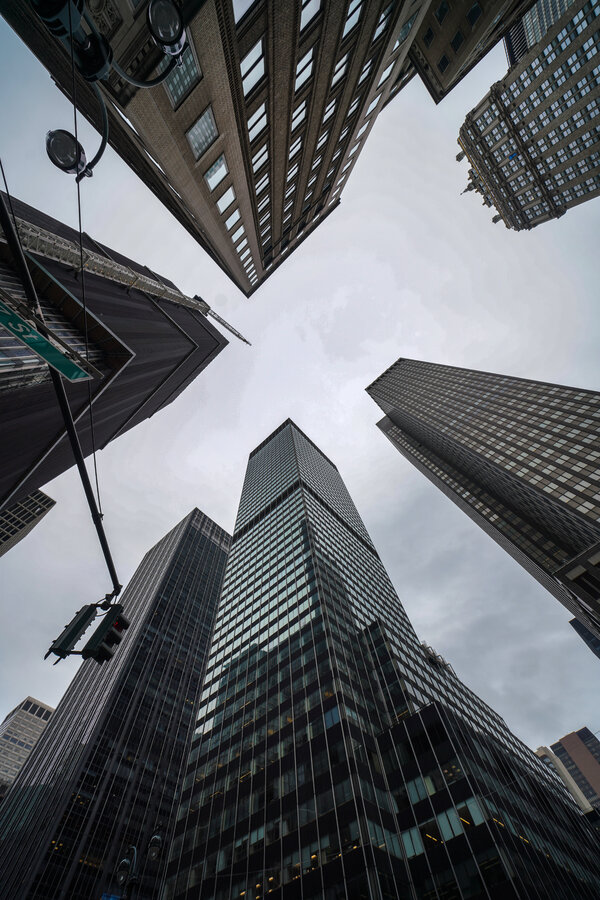 Chris Bailey, a productivity consultant and the author of “The Productivity Project,” defined productivity as “just doing what we set out to do.”

But it has also become “the currency of work,” he said, and so naturally something that people want more of.

“It’s a default goal that we often adopt without thinking much about how we can make productivity work for us instead of just having a blind pursuit of productivity,” he said.

Mr. Bailey, who is 31 and lives in Ontario, knows this firsthand. As a teenager, he devoured books on productivity, an obsession that consumed him so much that he declined full-time job offers when he graduated from college to spend a year studying and writing about productivity. As part of his quest, he conducted experiments on himself — working 90 hours a week, “becoming a total slob for a week,” gaining 10 pounds of lean muscle mass.

Some groups have found being productive particularly challenging during the pandemic. Half of parents working from home with children under 18, and nearly 40 percent of all remote workers ages 18 to 49, said it had been difficult for them to be able to get their work done without interruptions, according to the Pew Research Center. Parents were also more likely than those without children to say they had difficulty meeting deadlines and completing projects on time while working at home.

It is possible that people who are working from home — a relatively small percentage of workers compared to those who cannot do their jobs remotely — also have a false sense of how much they are working. In effect, people who are working at home may be using the wrong denominator when calculating the portion of their time they spend doing work, Mr. Syverson, the University of Chicago economist, said. That could make them feel as if they are working less when they are really working the same amount. (This may not be the case for those working remotely in jobs where their output can be more quantified easily, such as sales representatives.)

“I think there is something to the fact that a lot of workers who work at home are never sort of on the clock versus off the clock,” he said. “Rather than dividing a day’s work by eight hours in the office, they divide the day’s work by the 16 hours they are awake.”

As employers continue trying to figure out how to engage their employees and entice them back to empty offices, how to get the most from their work force has become a management puzzle with wide-ranging economic implications. Already, some have announced plans to give employees more flexibility — a nod to the idea that total output and how people feel are intertwined. Twitter said that employees who are able to do their jobs remotely could work from home forever.

Brigid Schulte, the director of the Better Life Lab at New America and the author of “Overwhelmed: Work, Love and Play When No One Has the Time,” said American culture has long believed that working longer means working harder and being more productive, despite the flaws in that way of thinking. She noted the idea that there is a “productivity cliff” — workers are only productive for a certain number of hours, after which their productivity declines and they may begin making mistakes.

“We’ve long had this really erroneous connection between long work must mean hard work and productivity, and it never has,” she said.

Productivity may also no longer be the be-all end-all it once was.

The pandemic has prompted a collective awakening, borne from a constant and immediate fear of contagion and death, over cultural priorities. For many people, especially the percentage of workers who remained employed and are able to work remotely, personal productivity — at least in the sense that it means producing the most at work, in the most number of hours — is no longer necessarily even the goal.

Some people have had more time to explore hobbies and spend time with their families, which may have helped shift their thinking about how they want to spend their days. Many have lost loved ones or watched friends and relatives get sick, reorienting their values. Those with young children at home during the pandemic may have had to completely redefine the meaning of productivity to encompass their new hybrid workday roles as employee-caretakers.

“What matters? Is it a career? Flexible time? Time with family? There’s a lot of discussion and thinking going on ‘What makes for a good life?’” said Jeffrey Sanchez-Burks, a behavioral scientist at the University of Michigan Ross School of Business. “And that, I don’t think, has landed on ‘Just be productive.’”