Sir Richard Branson’s Virgin Atlantic Airways is plotting a surprise flotation on the London Stock Exchange as it pins its hopes on a rapid rebound in transatlantic travel.

Sky News has learnt that Virgin Atlantic has been holding talks with institutional investors about making its public market debut just five months after landing a fresh £160m capital injection.

City sources said this weekend that institutions’ response to management presentations led by the airline’s executives had been positive, and that an autumn announcement of an intention to float now looked likely.

An initial public offering (IPO) would mark the first time since Virgin Atlantic’s launch in 1984 that it has sold shares to the public – and would almost certainly see Sir Richard relinquish overall control of the business.

Bankers at Citi and Barclays have been hired to oversee the listing, according to insiders.

Virgin Atlantic is majority-owned by Sir Richard’s Virgin Group, which holds a 51% stake.

Delta Air Lines owns the remaining 49%, with the company having scrapped a deal in late 2019 that would have seen Air France-KLM acquiring a 31% shareholding from Sir Richard.

Selling shares to the public would inevitably mean Virgin’s stake being diluted unless Sir Richard elected to subscribe for new equity in the IPO. 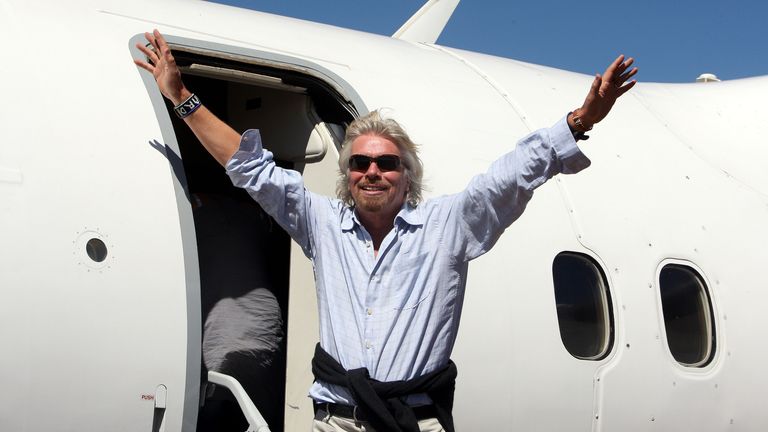 A flotation of Virgin Atlantic would be another milestone for an airline which has been among the industry’s worst-hit by the pandemic, largely because of its dependence on lucrative UK-US flights.

Last September, it assembled a £1.2bn rescue package which included a £200m injection from its founder, a loan from the American hedge fund Davidson Kempner Capital Management, and substantial contributions from existing creditors.

That restructuring was implemented on a solvent basis, but only after administrators had been placed on standby.

The aviation industry’s failure to stage a rapid recovery amid continued travel restrictions led Virgin Atlantic to seek a total of approximately £300m more – in two instalments – that was generated by the sale of several Dreamliner aircraft and a further loan from Virgin Group.

Virgin Atlantic is not in urgent need of new funding, with adequate financing in place to see it through the next few months, according to insiders.

However, executives including Sir Richard are said to back the idea of a listing to provide additional future opportunities to raise money during the post-COVID recovery and beyond.

A presentation to City investors made in the last few days is said to focus on Virgin Atlantic’s strong positioning to take advantage of pent-up demand for international travel.

Bookings on the key New York-to-London route are said to have surged by 150% this month, although the industry continues to seek further concessions from the Biden administration to open up travel to the US for fully vaccinated passengers.

Virgin Atlantic has also nearly halved its workforce since the start of the pandemic – a move that has helped to drive significant longer-term cost savings.

Going public would bring Virgin Atlantic into line with many of its publicly traded peers, such as British Airways’ parent International Airlines Group, easyJet, Ryanair, American Airlines and Cathay Pacific.

Between them, IAG and easyJet have raised billions of pounds to steer them through the COVID-19 crisis, although they are likely to require further funding given that many executives do not believe pre-coronavirus levels of demand will be seen again until 2024.

Virgin Atlantic is not the only part of Sir Richard’s business empire which has felt the pressure of the pandemic.

The UK arm of Virgin Active also came close to collapse after putting a restructuring deal to landlords, lenders and shareholders.

His Virgin Voyages cruise operation finally embarked on its maiden journey this week after more than a year of setbacks.

Nevertheless, the billionaire tycoon has been buoyed by the performance on the New York stock market of Virgin Galactic, which has soared in value and enabled him to raise hundreds of millions of pounds to prop up struggling leisure and travel businesses.

Last month, Sir Richard flew aboard a Virgin Galactic trip to the edge of space, days before his even-wealthier rival, the Amazon founder Jeff Bezos, did the same on a Blue Origin vehicle.

Sir Richard is now in the process of taking Virgin Orbit public through a merger with a US-listed special purpose acquisition company (SPAC).

A Virgin Atlantic spokesman said the airline did not comment on speculation.