CHICAGO/LONDON (Reuters) – Developing a COVID-19 vaccine in record time will be tough. Producing enough to end the pandemic will be the biggest medical manufacturing feat in history. 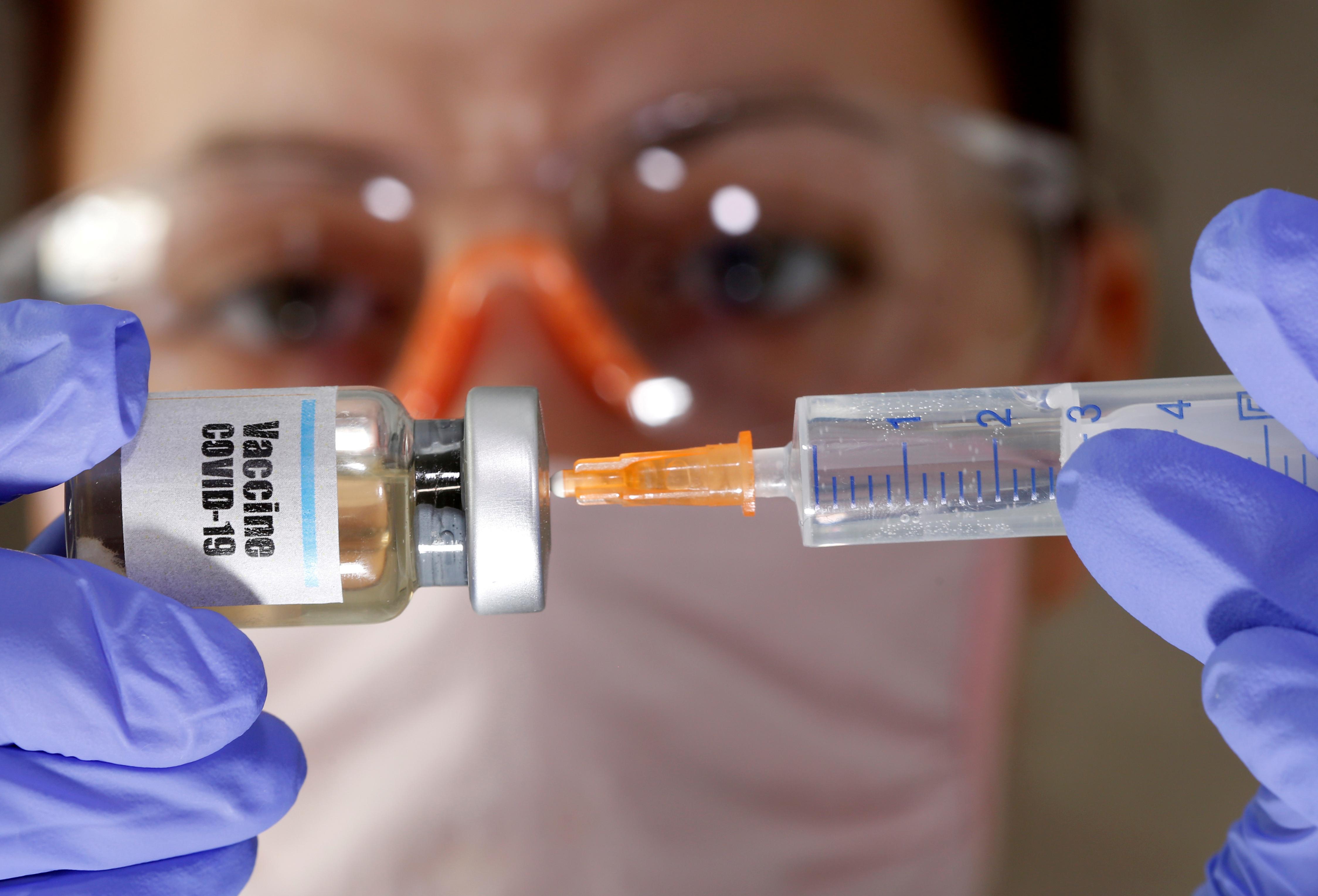 That work is underway.

From deploying experts amid global travel restrictions to managing extreme storage conditions, and even inventing new kinds of vials and syringes for billions of doses, the path is strewn with formidable hurdles, according to Reuters interviews with more than a dozen vaccine developers and their backers.

Any hitch in an untested supply chain – which could stretch from Pune in India to England’s Oxford and Baltimore in the United States – could torpedo or delay the complex process.

Col. Nelson Michael, director of the U.S. Army’s Center for Infectious Disease Research who is working on the government’s “Warp Speed” project to deliver a vaccine at scale by January, said companies usually have years to figure this stuff out.

Much of the world’s attention is focused on the scientific race to develop a vaccine. But behind the scenes, experts are facing a stark reality: we may simply not have enough capacity to make, package and distribute billions of doses all at once.

Companies and governments are racing to scale-up machinery to address a critical shortage in automated filling and finishing capacity – the final step in the manufacturing process of putting the vaccine into vials or syringes, sealing them and packaging them up for shipping.

“This is the biggest logistical challenge the world has ever faced,” said Toby Peters, an engineering and technology expert at Britain’s Birmingham university. “We could be looking at vaccinating 60% of the population.”

Several developers, including frontrunner Moderna (MRNA.O), are experimenting with new ways to mitigate the extreme cold storage demands of their vaccines, which at present need to be kept at minus 80 degrees Celsius (-112 Fahrenheit).

Travel restrictions, meanwhile, are posing more prosaic problems; Johnson & Johnson (JNJ.N), which plans to start clinical trials this summer, has struggled to send its vaccine experts to oversee the launch of production sites, for example.

By setting up massive clinical trials involving 10,000 to 30,000 volunteers per vaccine, scientists hope to get an answer on whether a vaccine works as early as this October. But even if they succeed, manufacturing in bulk, getting regulators to sign off and packaging billions of doses is a monumental challenge.

Seth Berkley, chief executive of the GAVI vaccines alliance, said in reality, the world is unlikely to go straight from having zero vaccines to having enough doses for everyone.

“It’s likely to be a tailored approach to start with,” he said in an interview. “We’re looking to have something like one to two billion doses of vaccine in the first year, spread out over the world population.”

J&J has partnered with the U.S. government on a $1 billion investment to speed development and production of its vaccine, even before it’s proven to work. It has contracted Emergent Biosolutions and Catalent to manufacture in bulk in the United States. Catalent will also do some fill-and-finish work.

“Never in history has so much vaccine been developed at the same time – so that capacity doesn’t exist,” said Paul Stoffels, J&J’s chief scientific officer, who sees filling capacity as the main limiting factor.

Funded by the government in 2012, the plant includes single-use disposable bioreactor equipment featuring plastic bags rather than stainless steel fermentation equipment, which makes it easier to switch from one vaccine to another.

This month, the company received an additional $628 million to make those four suites available to support any candidate the government selects, CEO Bob Kramer told Reuters.

As well as working with J&J, New Jersey-based Catalent (CTLT.N) signed a deal with British drugmaker AstraZeneca (AZN.L) last week to provide vial-filling and packaging services at its plant in Anagni, Italy. It aims to handle hundreds of millions of doses, starting as early as August 2020 and possibly running through until March 2022.

It has ordered high-speed vial-filling equipment to boost output at its Indiana plant, where it is also hiring an additional 300 workers.

Adding to the challenge is that glass vials are in short supply.

To save glass, companies plan to use larger vials of five to 20 doses – but this raises new problems, such as potential waste, if not all the doses are used before the vaccine spoils.

“The downside is that after a healthcare practitioner opens a vial, they need to then vaccinate 20 people in a short, 24-hour time,” said Prashant Yadav, a global healthcare supply-chain expert at the Center for Global Development in Washington.

As part of the same drive, the U.S. Department of Health and Human Services and the Department of Defense have awarded ApiJect Systems up to $138 million to upgrade its facilities to be able to make up to 100 million plastic pre-filled syringes by the end of this year, and as many as 600 million in 2021.

The company plans to use a technology called Blow-Fill-Seal, where syringes are blown out of plastic, filled with vaccine and sealed in seconds. This will need Food and Drug Administration approval, CEO Jay Walker told Reuters.

SiO2 Materials Science is, meanwhile, ramping up capacity of plastic vials with a glass lining, which are more stable at ultra-low temperatures.

“You can bring us down to minus 196 Celsius, which none of the vaccines need,” Chief Business Officer Lawrence Ganti said. “You can throw it against the wall and it doesn’t break. Our founder has done that. He’s thrown frozen vials at me.”

The company expects to boost production from the current 5-10 million vials a year to 120 million within three-and-a-half months, he told Reuters.

Once packaged, many vaccines need to be kept cold – and some leading contenders made from genetic material such as messenger RNA need to be kept very cold – presenting another challenge that may limit access.

“People who work with mRNA store it at minus 80 degrees centigrade, which is not something you’re gonna find in most pharmacies or doctor’s offices,” said Dr. Paul Offit, director of the Vaccine Education Center at Children’s Hospital of Philadelphia and co-inventor of the rotavirus vaccine.

Peters of Birmingham university has been gathering data from poorer regions of Africa and Asia, and said breaks in the temperature-controlled supply chain – “cold chain” – are already frequent.

In some places, it is common to lose 25% or more of vaccines because of broken cold chains, he told Reuters.

Companies developing mRNA vaccines, including Moderna and Translate Bio, which is partnering with Sanofi (SASY.PA), are working to make candidates stable at higher temperatures.

Ron Renaud, CEO of Translate Bio, said he was confident this would happen “within a short amount of time”.

Colleen Hussey, a Moderna spokeswoman, said: “We are getting more confident that we could run our supply chain at -20C, which is an easier storage condition than deep freezing,” she said.

Moderna plans to add a small period of time in which the vaccine can be stored at normal fridge temperatures of 2 to 8 degrees Celsius in doctors’ offices or clinics.

The pandemic is also presenting obstacles of a less technical nature. 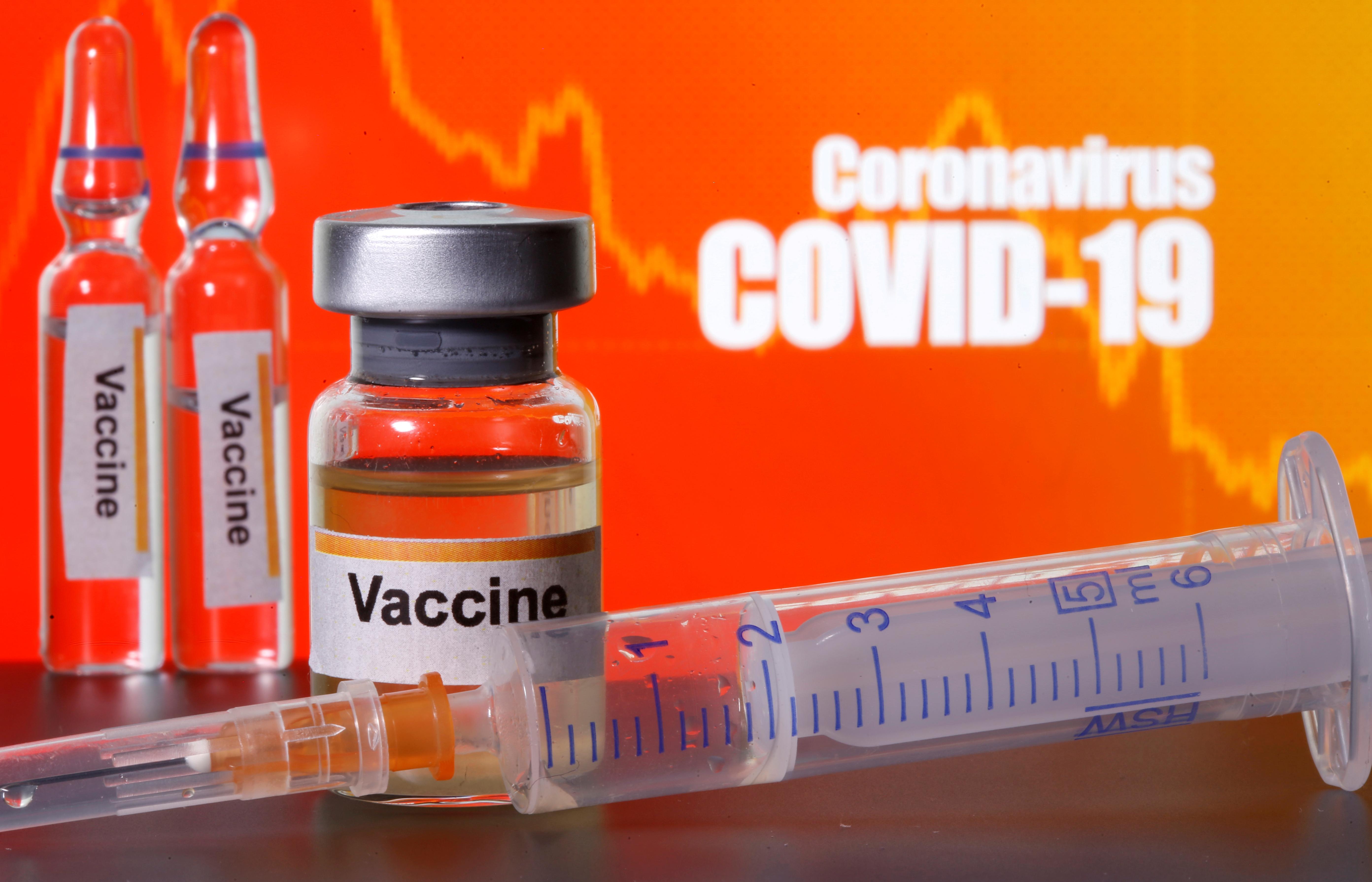 Catalent, which has some 30 plants globally, has had to write special permission slips in eight languages explaining that their workers are considered essential.

J&J is having trouble getting experienced personnel to far-flung labs to oversee the transfer of technology to contract manufacturers because they’re subject to 14-day quarantines.

“It is absolutely a factor,” said Stoffels. “If you have to send your people to the middle of India to get to filling capacity, that’s not easy at the moment.”