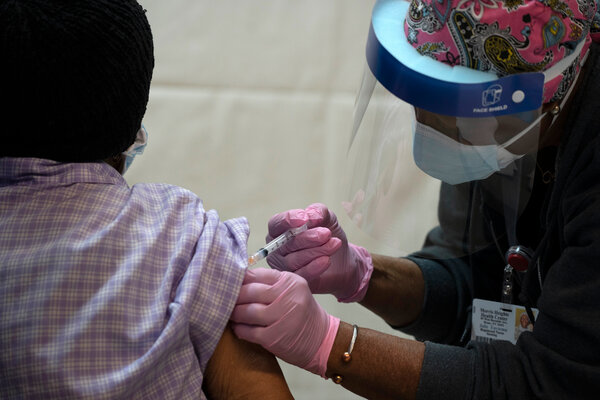 New claims for unemployment fell last week, the government reported on Thursday, the latest sign that the labor market’s recovery, however slow and unsteady, is continuing.

A total of 710,000 workers filed first-time claims for state benefits during the week that ended Feb. 20, a decrease of 132,000, the Labor Department said. In addition, 451,000 new claims were filed for Pandemic Unemployment Assistance, a federal program covering freelancers, part-timers and others who do not routinely qualify for state benefits, a decline of 61,000.

Although initial jobless claims are nowhere near the eye-popping levels seen last spring, they are still extraordinarily high by historical standards. There are roughly 10 million fewer jobs than there were last year at this time.

Analysts also cautioned against reading too much into a single week’s changes. The combined average of new state and federal unemployment insurance claims over the first eight weeks of this year is actually slightly higher than it was over the last eight weeks of 2020.

“The numbers look encouraging on the face of it,” said Gregory Daco, chief U.S. economist at Oxford Economics. But when you take step back and look at the broader picture, he said, “it does reflect an environment in which the labor market remains quite fragile.”

Much of last week’s decline in applications for state benefits can be traced to big drops in two states, California and Ohio, where there had been reports of increased fraud.

Coronavirus caseloads have been dropping amid efforts to get vaccines to people who are most vulnerable. But until employers and consumers feel that the pandemic is under control, economists say, the labor market won’t fully recover.

Allison Schrager, an economist at the Manhattan Institute, said: “Until people feel this is sustained and that there’s not another huge wave coming, I can’t imagine we’re going to see big changes in jobless claims for a while.”