SCRANTON, Pa. (Reuters) – President Donald Trump said on Thursday the U.S. economy might take a hit from the coronavirus outbreak but predicted the challenge would eventually pass and defended his handling of the crisis. Trump appeared at his first town hall meeting of the 2020 election season, an event conducted by Fox News Channel before an audience in Scranton, Pennsylvania, a battleground state that helped propel him to the White House in 2016.

The spreading coronavirus has led to a steep downturn in the stock market and fanned fears of an economic dip just as the Republican president asks Americans for a second term.

Asked if the coronavirus outbreak hurt the economy, Trump said: “It certainly might have an impact. At the same time, I have to say people are now staying in the United States spending their money in the U.S., and I like that.”

“It’s going to all work out. Everybody has to be calm,” he said. “We have plans for every single possibility and I think that’s what we have to do. We hope it doesn’t last too long.”

Trump repeated his assertion that the travel restrictions he imposed on China early in the crisis had helped limit the outbreak in the United States. The U.S. death toll from the coronavirus rose to 12 on Thursday and 53 new cases broke out across the country.. More than 3,200 people worldwide have died from the respiratory illness that can lead to pneumonia.

Trump has faced criticism from Democrats for not having the country properly prepared for the possibility of a pandemic.

“I think people are viewing us as having done a very good job. What we have to do is do a professional job. Nobody is blaming us for the virus,” he said. “This started in China.”

The U.S. Senate on Thursday passed an $8.3 billion bill to combat the outbreak, a day after the House of Representatives overwhelmingly approved it. The bill now goes to Trump for his signature.

Asked about his reputation as a germophobe and how he is responding to doctors’ recommendations to avoid shaking hands to guard against the spread of the coronavirus, Trump said nobody could operate as a politician without shaking people’s hands.

“The bottom line is I shake anybody’s hand now. I’m proud of it,” Trump said. “You know, you’re hearing a lot of stuff about trying not to shake hands. … It hasn’t stopped me at all.”

‘WAS ALL SET FOR BERNIE’

Trump also weighed in on the race for the Democratic presidential nomination to face him in the Nov. 3 election. That contest took a sharp turn on Super Tuesday this week, with former Vice President Joe Biden surging ahead of Senator Bernie Sanders in what has become a two-man battle.

“I was all set for Bernie,” Trump said, adding that Sanders would have benefited if fellow liberal Senator Elizabeth Warren had dropped out sooner. She withdrew from the race on Thursday. 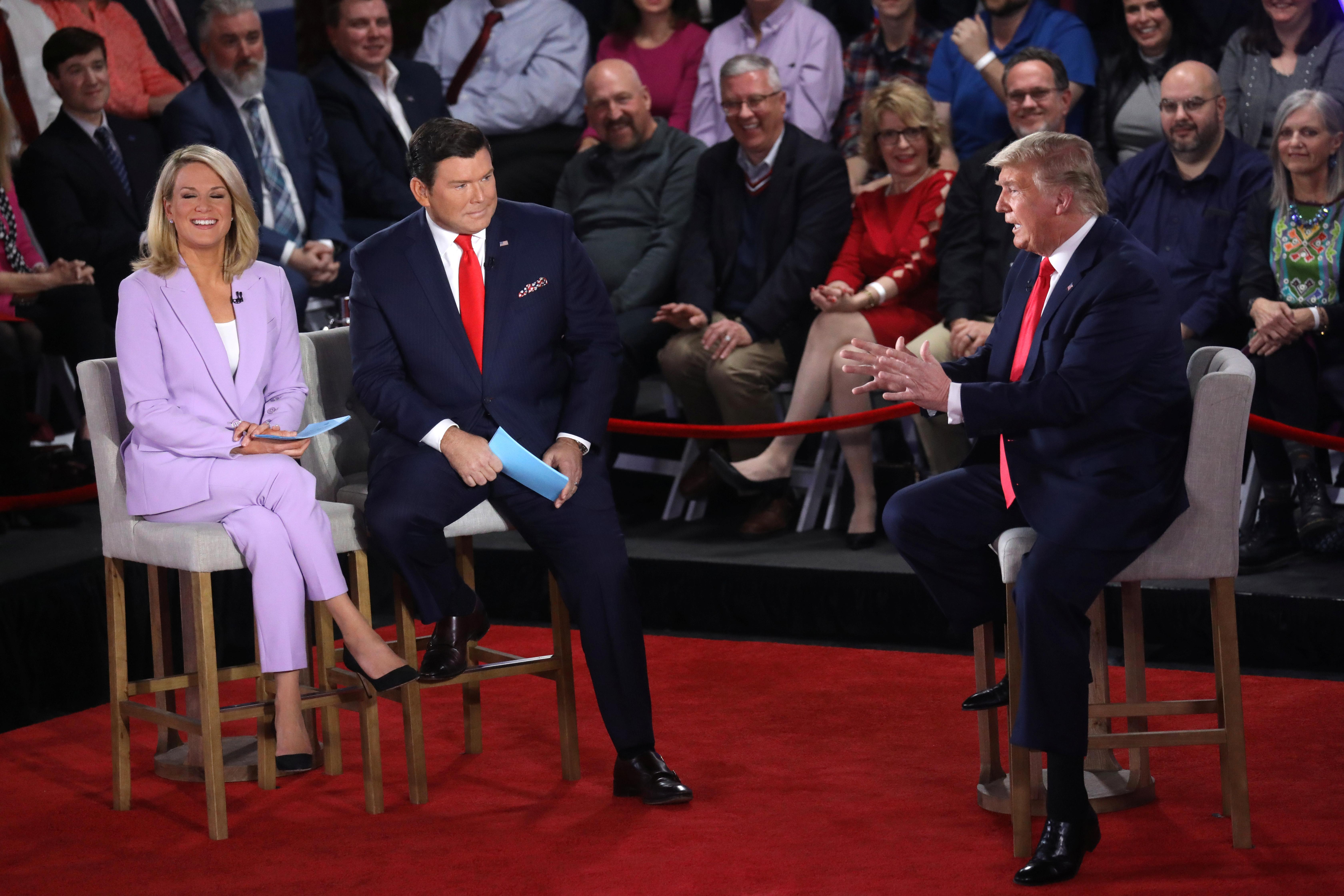 Democratic moderates, including former presidential candidates Michael Bloomberg, Amy Klobuchar and Pete Buttigieg, have rallied behind Biden in recent days amid concerns that nominating Sanders, a self-avowed democratic socialist, would harm the party’s chances in November.

Asked whether his polarizing style deepened the U.S. political divide, Trump defended how he conducted his personal messaging through tweeting and the like.

“When they hit us, we have to hit back. I really feel that. … I wouldn’t be here if I had turned the other cheek,” he said.