FRANKFURT/DUESSELDORF (Reuters) – Thyssenkrupp (TKAG.DE) on Thursday said it agreed to sell its elevators division to a consortium of Advent, Cinven [CINV.UL] and Germany’s RAG foundation for 17.2 billion euros ($18.7 billion) in what could be the world’s largest buyout this year. 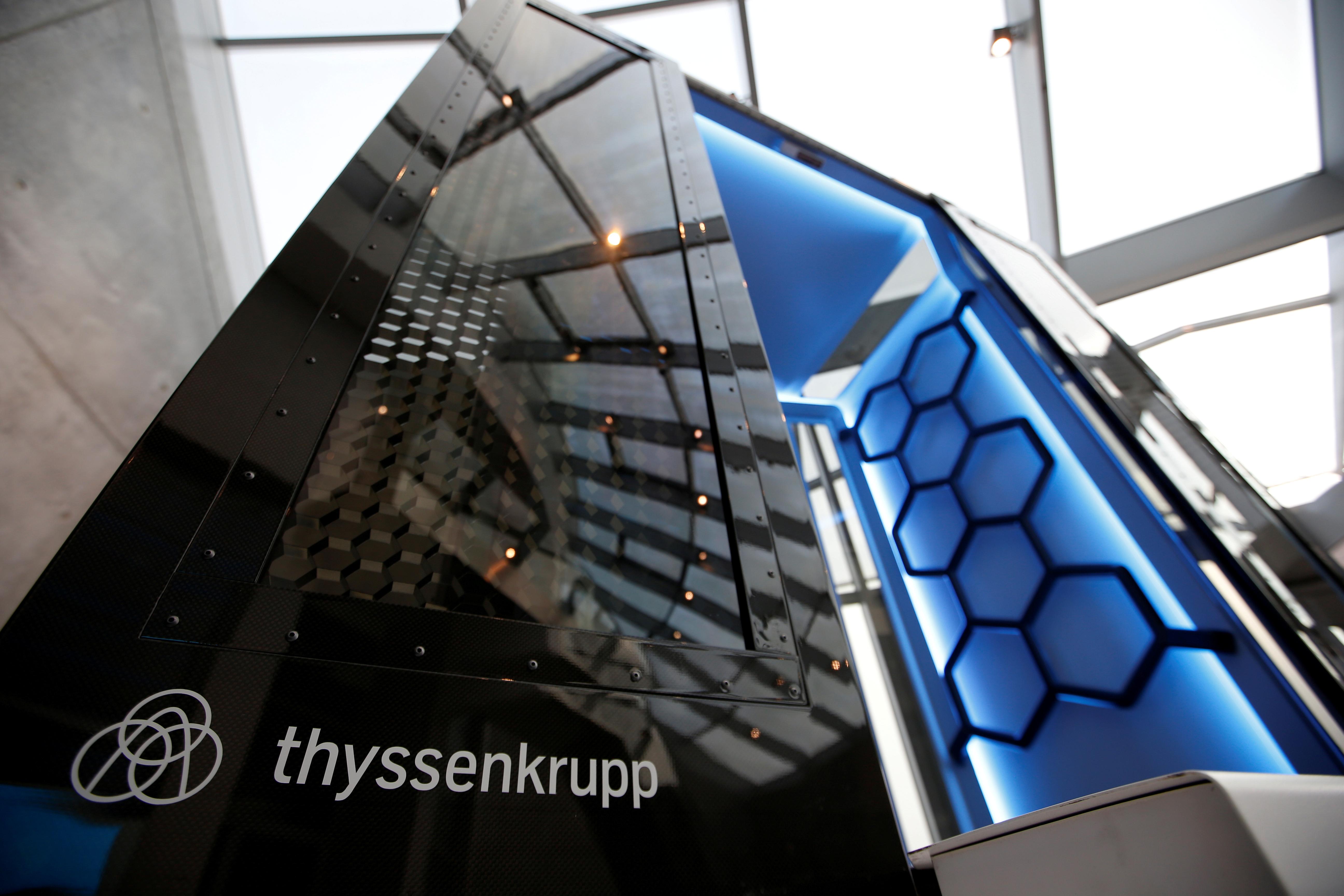 The bidding group prevailed against a rival consortium comprising Blackstone (BX.N), Carlyle (CG.O) and the Canada Pension Plan Investment Board. The deal is expected to close by the end of the year, Thyssenkrupp said.

The price, which makes the deal Europe’s biggest buyout since 2007, beats the most optimistic estimates and roughly matches a bid that had been submitted earlier in the process by Finnish rival Kone (KNEBV.HE), which dropped out of the race earlier this month over expected antitrust risks.

Thyssenkrupp said it would reinvest about 1.25 billion euros to take a stake in the unit, which, based on the purchase price, would result in a 7.3% share that would be used to partially fund its pension liabilities.

“With the sale, we are paving the way for Thyssenkrupp to become successful. Not only have we obtained a very good selling price, we will also be able to complete the transaction quickly,” Thyssenkrupp CEO Martina Merz said in a statement.

“It is now crucial for us to find the best possible balance for the use of the funds.”

The decision followed a meeting of Thyssenkrupp’s management and supervisory boards, ending the closely watched saga.

The auction leaves Thyssenkrupp with a much-needed cash injection at a time when the once mighty group has accumulated roughly 16 billion euros in debt and pension liabilities, more than twice its current market value.

Pummelled by ill-fated investments, a downturn in the car market, multiple leadership changes and an overly complex group structure that was tackled too late, Thyssenkrupp’s shares trade around 13-year lows.

As part of the deal, Thyssenkrupp Elevator will remain based in Germany and equal representation between shareholders and labour representatives will be safeguarded. Jobs and sites will be secure until at least March 31, 2027, union IG Metall said.

Thyssenkrupp will use the funds to cut debt, which will result in a significantly lower annual cash outflow for interest and pension payments, compensating for the loss of cash flow from the elevator business.

Funds will also be used to support Thyssenkrupp’s other struggling divisions, including steel, plant building and car parts. The group will unveil exact plans for distribution in May.