Mark Hawkins is an expert on being bored.

When he was getting his counseling degree, he was fascinated by articles on the therapeutic benefits of boredom. He has written a book whose title is “The Power of Boredom.” In his spare time, he likes to sit on his couch and stare out the window.

“It’s very difficult, but I do try to be bored as much as possible,” he said in a recent interview.

Yet during the pandemic, even Mr. Hawkins, 42, who lives in British Columbia with his wife, has at times gotten bored of being bored.

Desperate for some stimulation, he has turned to Amazon, where he orders “mainly books” like Ursula K. Le Guin’s translation of the Tao Te Ching and “The Tibetan Book of Living and Dying,” by Sogyal Rinpoche.

“I’m getting things delivered within a few hours of ordering them,” Mr. Hawkins said. “In terms of how it’s affecting the economy, we are wanting to buy more and more and more because a lot of us are bored at home, so we’re online shopping.”

There are many readily available ways to assess how the coronavirus pandemic has affected the economy. The pandemic has decimated the labor market, driving the unemployment rate to 6.3 percent in January, nearly twice what it was a year earlier. Restrictions on activities led Americans to spend less money, pushing the savings rate to extraordinary heights. As people have fled to places with more space and fewer people, home prices have surged.

Another way the pandemic has had an impact on the economy is by making people bored.

By limiting social engagements, leisure activities and travel, the pandemic has forced many people to live a more muted life, without the normal deviations from daily monotony. The result is a collective sense of ennui — one that is shaping what we do and what we buy, and even how productive we are.

Boredom’s impact on the economy is under-researched, experts say, possibly because there has been no modern situation like this one, but many agree that it’s an important one. How people spend money is a reflection of their emotional state — the answer to “How are you?” in Amazon packages and Target receipts.

The Consumer Confidence Index is an economic indicator that in part gauges optimism about the future. A related measure that might help predict market volatility or home improvement trends: a Boredom Index.

Among the most vivid recent examples of boredom’s economic influence occurred late last month when amateur traders, many of them followers of the Reddit forum Wall Street Bets, piled into shares of GameStop, a down-for-the-count retailer for gamers. These investors pushed its stock to astronomical highs before it crashed back to earth.

Part of their motivation was the idea that they could stick it to hedge funds, which had bet that GameStop would fall. Part of it was boredom.

“Im bored i have 8k in free money what can i invest in that will make at least a little profit,” a Reddit user who goes by biged42069 wrote on Wall Street Bets at the height of the stock market frenzy. The response was unanimous: GameStop.

On Thursday, the House Financial Services Committee held a contentious hearing on the GameStop saga. The focus was on market volatility and stock trading, but some witnesses acknowledged that they may have found themselves in this situation because people had a lot of time on their hands.

Listing several factors that could have lured amateur traders to the public markets, Jennifer Schulp, director of financial regulation studies at the Cato Institute, testified that “more time at home during the pandemic probably even played a role.”

Of course, millions of people have been busier than ever during the pandemic. Nurses, grocery store employees and other essential workers have hardly experienced lockdown tedium. Women who have left the work force to take care of children who cannot go to school are frequently exhausted and overwhelmed, their days a stream of Zoom classes and dinners and bedtimes. A huge number of families are mourning loved ones, a painful and jarring change.

Boredom, in some ways, is a luxury, experienced by those who have unfilled, and unfillable, time.

And some groups of people are more likely to experience boredom than others. People who live alone, for instance, are more likely to be bored, said Daniel Hamermesh, an economist at Barnard College who has studied loneliness during the pandemic lockdowns.

“The real burden’s going to be on people who are single, who are by themselves,” he said. “The boredom-loneliness nexus has got to be pretty close, I would think.” 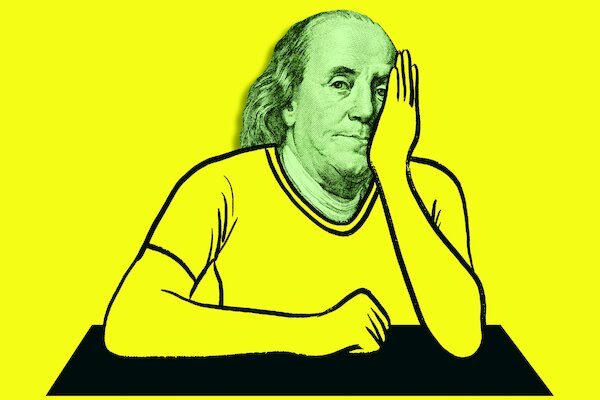 Boredom is often a signal that something does not feel meaningful, said Erin Westgate, an assistant professor of psychology at the University of Florida, who studies boredom. Emotions “act as these quick automatic signals that provide feedback for what we’re doing,” she said. In boredom’s case, “it’s a way that our body and mind are alerting us that something is wrong.”

The pandemic, however, limited what we can do to make things feel right.

Nearly a quarter of people who were employed in January teleworked or worked from home because of the pandemic, according to government data.

Foot traffic at places people go to entertain themselves, like movie theaters, restaurants and museums, plummeted more than 50 percent in the early days of pandemic lockdowns and remains roughly 25 percent below pre-pandemic levels, according to an analysis by SafeGraph.

The U.S. National Pandemic Emotional Impact Report, a study conducted in May, found that 53 percent of those surveyed said they were more bored during the pandemic than before it.

“If you’re looking at the pros and cons of a decision, it’s making those pros more salient,” she said.

It can also increase risk-taking and impulsivity, and makes people want to seek out not just something else to do but something meaningful.

This swirl of reactions to boredom can help explain the GameStop phenomenon, Ms. Westgate said. Investing in the stock was not just an act that felt engaging, powered by a propensity for taking risks and the excitement of reward, but also something that felt meaningful: For many traders, it was a form of protest.

Investing as a way of coping with pandemic boredom has also fueled an amateur day-trading boom more broadly. New accounts at online brokers like E-Trade, Charles Schwab and Robinhood exploded.

Like all emotions, boredom provides us not just with information to act on; it also works through anticipation. With boredom, which is generally considered a bad feeling, we may be making certain decisions during the pandemic — about what we buy or do, for instance — in the hopes of staving it off.

Early in the pandemic, bread-making fervor prompted stores across the country to sell out of yeast. Puzzle sales have skyrocketed. Gardening has taken off as a hobby. Scotts Miracle-Gro sales increased more than 30 percent for the fiscal year that ended in September, to a record $4.13 billion. The newfound interest in lockdown gardening spurred the company to run its first Super Bowl commercial.

Home improvement, too, has boomed. According to the NPD Group, 81 percent of consumers in the United States purchased home improvement products in the six months than ended in November. Sherwin-Williams said it had record sales in the fourth quarter and for the year, in part because of strong performances in its do-it-yourself and residential repaint businesses. Pandemic boredom evidently has nothing on watching paint dry.

There has also been an increase in sales of things like video games to keep us occupied, as well as things to help relieve the stress of the pandemic (and, perhaps, boredom from being at home), including self-help books, candles and messaging appliances. Sales of loaf pans jumped nearly 60 percent last year.

Boredom may be driving people to more self-destructive behavior as well, though even that has economic implications. A study in September by American Addiction Centers, “Booze vs. Boredom,” reported that one-third of those surveyed said boredom during the pandemic had prompted them to drink more. Alcohol sales have soared.

It is possible that not being bored during certain periods of the day is also making people less productive, said Bec Weeks, who worked as a senior adviser for the Behavioural Economics Team of the Australian government and is a co-founder of a behavioral science app called Pique.

Research has shown that mind-wandering, an activity that can happen during periods of boredom, can result in greater productivity. But during the pandemic, some of the best opportunities for mind-wandering, like the daily commute to work, have been lost for the millions of people now working from home.

“Even in those moments when we used to be bored, there were often a lot of things going on that we didn’t realize,” Ms. Weeks said.

Pandemic boredom, however, could be reorienting the economy.

Sandi Mann, a psychologist who has written a book called “The Science of Boredom,” said boredom could lead people and businesses to become more creative.

“That’s what downtime and boredom does,” she said. “It forces us to think differently because that’s what we do when we have time to think.”