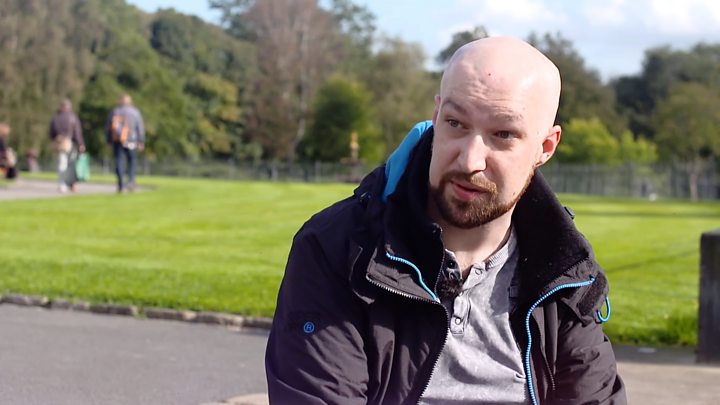 The countdown to the end of the furlough financial lifeline has begun, with employers facing increased costs amid a warning that millions of jobs now hang in the balance.

From Thursday, the government’s contribution to furloughed workers’ wages falls.

It is also the deadline for some firms to issue redundancy notices before the furlough scheme ends on 31 October.

The current scheme is being replaced by a less generous jobs support package.

Labour claims that as a result of the government’s “flawed” support, almost three million people working for small businesses are at risk of losing their jobs.

New analysis from the party says that at the start of September an estimated 2.8 million workers in small and medium size firms (SMEs) were furloughed under the current Coronavirus Job Retention Scheme (CJRS).

Since then new Covid restrictions have been imposed that mean 133,055 SMEs – including in the hospitality and events sectors – cannot operate or are trading at reduced capacity, it says.

More than a million SMEs are still suffering a fall in turnover, with about 310,000 making less than half the amount they did over the same period last year, the analysis claims.

Changes coming into effect on Thursday, along with other cost increases for employers, were announced in July.

The government’s contribution towards furlough wages is dropping from 70% to 60%, up to a cap of £1,875 a month. And employers have to pay a minimum of 20% of wages, bringing monthly earnings to at least 80% of salary.

In August, employers were required to meet the cost of pension contributions and National Insurance for employees placed on the scheme.

There are also fears that the winding down of the furlough scheme could trigger a new wave of redundancies.

Thursday is the deadline for employers to issue redundancy notices if they are planning to lay off between 20 and 99 workers before the scheme ends.

The replacement jobs support scheme shifts more of the financial burden away from the taxpayer and on to employers. But the aim is to subsidise staff to work reduced hours so that employers resist mass redundancies.

Critics say it will be more expensive to bring back furloughed workers.

Sonia Hawkins, who runs Disco Equipment Hire, a music and lightening rental service for the entertainment industry, told the BBC the numbers just do not add up.

She said: “We have next to no income. We’ve got people on furlough. We would have to bring them back and pay them just to get a subsidy. It’s nuts.”

Employment lawyer Merrill April, from CM Murray, acknowledged that the new jobs support scheme would not make much financial sense for some employers.

She told the BBC: “One of the condition is that employees have to work 33% of their normal hours so, in short, employers will have to pay at least 55% of an employees usual wage where the employee only works 33% of their usual hours.”

However, she said that many firms supported the new scheme and would not rush to cut jobs. Redundancy is expensive, she said, adding that many firms would want to retain people and skills for as long as possible.

The British Chambers of Commerce (BCC) said it was a critical time for employers, with its members facing cash flow difficulties ahead of what was likely to be a challenging winter.

“As the Jobs Support Scheme replaces the furlough scheme, and employers are asked to pay more towards staffing costs, the government must stand ready to offer further support to businesses who may be unable to cover their contribution due to continued restrictions and reduced demand.”

‘There are no jobs. It’s terrifying’

Events manager Lisa, on furlough since March, was optimistic about returning to work over the next few weeks as Christmas festivities are always good for business.

But the further restrictions on hospitality and imminent changes to the furlough scheme give Lisa’s employer no incentive to bring her back, she told the BBC.

“Work has all but vanished since Covid. We have gone through a consultation period for redundancies. I’ve just no idea what is going to happen,” said Lisa, who did not want to disclose her surname nor employer for fear of saying anything to jeopardise future work.

“The latest jobs support scheme does nothing to help those of us on furlough. I have been brought back one day a week, but what is happening now gives my employer no incentive to give me more days,” Lisa adds.

She has asked her employer to take unpaid leave until March, but there has been no decision.

“I have a lot of experience and have been applying for other jobs. I have searched and searched for different jobs since March. But there’s nothing.”

“I can understand what Mr Sunak is trying to do [to help the economy]. But it is so difficult for us. He doesn’t seem to have done anything that will help people like me.”

Read more: ‘We have next to no income. There is no help.’

Chancellor Rishi Sunak’s latest support measures announced this month have nevertheless received significant support, and were broadly welcomed by the CBI employers’ group and union leaders at the TUC.

The Federation of Small Businesses (FSB) singled out for praise the pay-as-you-go scheme that allows firms more time to repay loans, saying it should give confidence to invest and hire. Business leaders also welcomed new tax cuts and deferrals.

However, FSB chairman Mike Cherry said: “It’s important to remember that small firms have already spent thousands on putting safety measures in place but received no funding to support their efforts to do the right thing.”

And Mr Cherry remains worried about the plight of the newly-self employed and company directors, who he said have received no income support whatsoever.

He told the BBC: “We are concerned that the chancellor had said nothing on support for those who were left out of the first round of support measures. The government urgently needs to come forward with an emergency relief package for these groups which have dutifully paid their taxes and deserve help too.”

Shadow chancellor Anneliese Dodds said the government had a “sink or swim” mentality.

“Millions of jobs are at risk because he’s forcing small businesses to choose which staff to keep and which to fire. These are viable businesses that just need support to cope with the restrictions the government has imposed on them.”

She said the chancellor’s job support changes were “pulling up the drawbridge at the worst possible time”.

“The [new] Job Support Scheme is designed to protect jobs in businesses facing lower demand over the winter due to Covid, and is just one form of support on offer to employers during this difficult period.

“We’re also continuing to innovate in supporting incomes and employment through our Plan for Jobs announced in July, helping employees get back to work through a £1,000 retention bonus and creating new roles for young people with our Kickstart scheme,” he said.

How will you be affected by the end of the furlough scheme? Share your experiences by emailing [email protected].

Please include a contact number if you are willing to speak to a BBC journalist. You can also get in touch in the following ways:

If you are reading this page and can’t see the form you will need to visit the mobile version of the BBC website to submit your question or comment or you can email us at [email protected]. Please include your name, age and location with any submission.