DETROIT (Reuters) – Auto parts maker Kevin Clay landed a series of new contracts from customers early this year, and was bullish on 2020 after two challenging years. 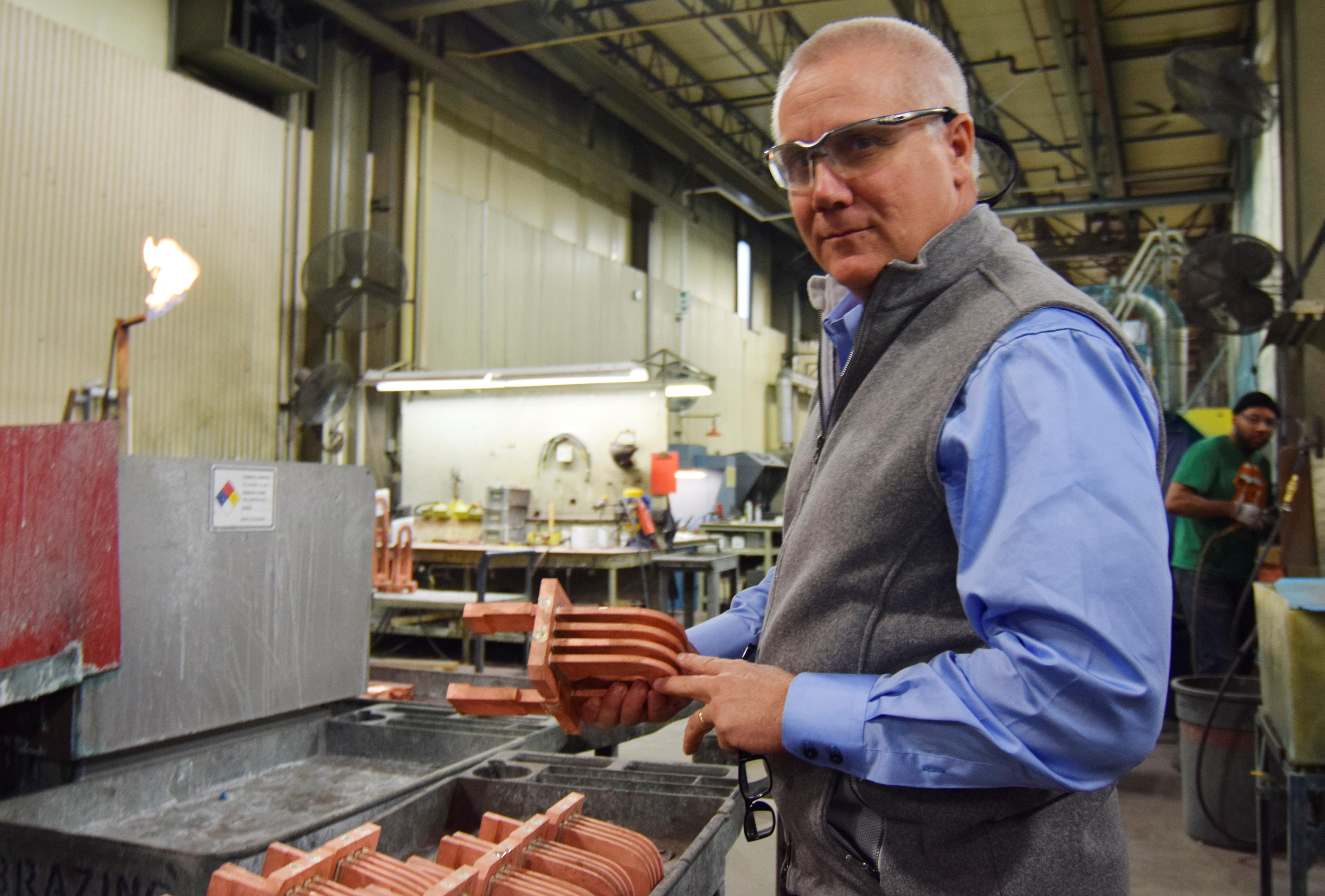 “I had the audacity or stupidity to say in January ‘I can’t imagine what could happen this year that could slow us down,’” said Clay, president and third-generation owner of Grand Rapids, Michigan-based Pridgeon & Clay, which supplies stamped steel and stainless steel parts to automakers and which has annual revenue of close to $350 million.

But now, with much of the United States at a standstill due to the coronavirus outbreak, one of the company’s two U.S. plants is idled and the other has a skeleton staff producing parts for commercial trucks. Pridgeon & Clay is juggling pressure from lenders, automakers and its own suppliers, gambling that automakers can restart North American production by mid-May before the auto parts maker’s money begins to run out.

“If we weren’t working on special deals with our suppliers, with our customers and with our banks, then the music would stop for us some time in mid-May, as it will for virtually everybody,” Clay said.

The real crunch for suppliers will come by mid-May. That is when the cash backlog runs out unless automakers are able to restart assembly lines, industry executives and consultants said.

“If the auto industry starts back up in early May, most suppliers should be able to turn the lights back on,” said Steve Wybo, a senior managing director at consultant Conway MacKenzie. “But the longer the shutdown lasts, the harder it will be for them to get the lights on.”

Many larger auto suppliers were in better shape financially when the coronavirus shutdowns came than they were when the 2008-2009 financial crisis hit.

But Laurie Harbour, CEO of Harbour Results Inc, a manufacturing consulting firm that works with suppliers, said she is concerned about smaller companies farther down the supply chain.

“If you weren’t strong going into 2020, your challenges are going to be significant for the balance of the year to get yourself back up to speed.”

Suppliers like Bob Roth are counting on a return to work by May.

In March, Roth and his staff at RoMan Manufacturing took swift action as the COVID-19 crisis intensified. The Wyoming, Michigan, maker of transformers for automotive and other industries is classed as an essential business, so it remains busy as demand for robots that use their transformers remains high.

But staying open has come at a cost. Roth, co-owner and CEO of RoMan, had to raise pay for many of his 150 workers by $7 an hour to compete against enhanced unemployment benefits included in the recently passed federal relief package.

He is also providing health insurance to workers staying at home to take care of their children or cope with other health issues.

One of Roth’s critical suppliers in Pennsylvania is under lockdown due to the COVID-19 pandemic. Roth has just four to six weeks’ supply of that product and his team has figured out a way to make it in-house. But the part would cost $50 versus the $10 he pays his supplier – money he cannot recoup from customers.

“We’re willing to take the margin hit now to keep the business moving forward,” Roth said. “But at some point in time, we won’t be able to support higher wages or healthcare benefits for people who aren’t working.”

‘WATCHING OUR SUPPLY BASE CAREFULLY’

The global auto supply chain is robust, but automakers can still rely on a single supplier for a key part. Automakers and big top-tier suppliers will need to use some of their cash to prop up small but critical suppliers, industry executives and consultants said.

“In two cases we’ve gone in and given them some financial assistance, either by buying their raw materials for them or expediting payment to them so they can pay their bills,” Dauch said.

BorgWarner Inc (BWA.N) last week threatened to walk away from a $951 million deal to buy Delphi, after Delphi tapped its $500 million revolving credit facility to help weather the pandemic without its acquirer’s approval.

Scott Turpin, CEO of North America for Aisin Seiki Co Ltd (7259.T), the world’s largest transmission maker, said one of his main concerns is how well suppliers farther down the chain conserve cash.

“Unfortunately there will be some suppliers that cannot survive this,” Turpin said. “So we’ve all got to watch that very closely.”