Malaysia Airlines could be forced to shut down if a restructuring plan fails to gain support, the airline’s boss has said.

Group chief executive officer Izham Ismail told Asian business news weekly The Edge that there would be “no choice but to shut it down” if lessors decided not to back the plan.

Mr Izham said: “There are creditors who have agreed already. There are others still resisting, and another group still 50:50. 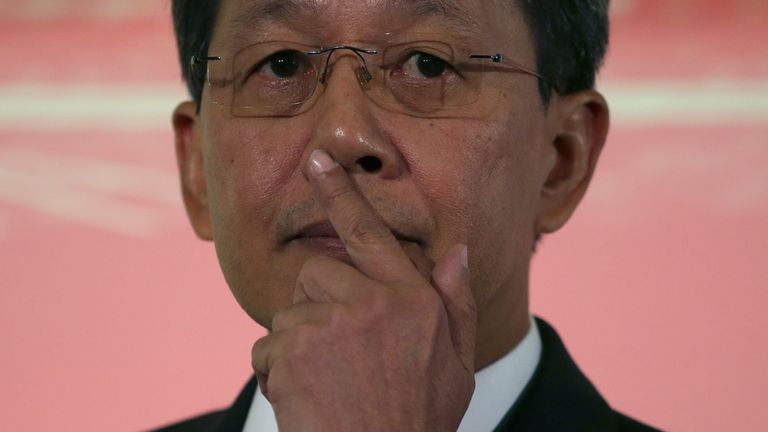 “I need to get the 50:50 ones with those who have agreed. I understand quite a sizeable amount of creditors have agreed.”

He said the five-year plan would see the airline break even in 2023, but this assumes demand in the domestic and southeast Asian markets is back at 2019 levels by the second and third quarter of 2022.

The airline would also need more cash over the next 18 months from shareholder and state wealth fund Khazanah Nasional.

Earlier, a group of leasing companies – claiming to represent 70% of the planes and engines leased to the airline – called the restructuring plan “inappropriate and fatally flawed”, according to a Reuters report.

However, Malaysia Aviation Group (MAG) – the airline’s parent company – said on Saturday that it was “pleased” with the level of support for the plan and talks continue.

“MAG reiterates that the spirit of its restructuring plan is not intended to create unnecessary pain among its creditors but is done in good faith to drive for the long-term survivability of MAG and its dependent value chain of partners,” it said.

Mr Izham said the lessors would need to decide by Sunday so the airline could proceed with restructuring or “execute Plan B”.

He said Plan B could involve moving Malaysia Airlines’ air operator’s certificate to a new airline under a different name or leveraging on the certificates of sister airlines Firefly and MASwings.

He said this plan was “credible”, adding: “We have all the skills sets in place.”

Like most airlines, Malaysia Airlines has struggled with the decrease in demand brought about by the coronavirus pandemic. Earlier this month MAG said the financial impact from the COVID-19 crisis had forced the group “to take drastic steps in revising its business plan to ensure relevance and survival”.

Some 25 of its 88 planes are currently in storage, according to aviation analytics company Cirium.

But its problems go back to the disappearance of flight MH370 and the shooting down of MH17 over eastern Ukraine, both in 2014, which both shook confidence.

Related posts:
Hot News
why use clomid after miscarrage
Still ‘a long, long way’ until lockdown restrictions can be lifted, Matt Hancock tells Sophy Ridge On Sunday
BBC’s Marr shuts down Nandy in Churchill statue row – Labour MP squirms on ‘woke politics’
buy online benicar canadian pharmacy without prescription
Trump considered naming new AG to help push baseless claims of voter fraud
Recent Posts
This website uses cookies to improve your user experience and to provide you with advertisements that are relevant to your interests. By continuing to browse the site you are agreeing to our use of cookies.Ok